The Asian Human Rights Commission (AHRC) has received information regarding the imminent execution of a mentally ill man, who was tried and convicted on illegal drugs charges in Indonesia. Rodrigo Gularte has a long history of severe mental illness, dating back long before his arrest, and he continues to suffer from paranoid schizophrenia. Rodrigo’s lawyer took the money Rodrigo’s family had raised for his defence and abandoned the case before trial, leaving Rodrigo without effective legal representation. So Rodrigo has never been able to properly present evidence of his severe mental illness before the Indonesian Courts. These facts have not been given due importance by President Joko Widodo, who has openly stated that he will never grant clemency to any drug offender, regardless of individual circumstances. Rodrigo has been given 72 hours notice of his execution, which is scheduled to take place in Java shortly after midnight on Wednesday, 29 April 2015.

Rodrigo Gularte is a 42-year-old Brazilian national currently being held in isolation in Nusakambangan Prison, Indonesia, awaiting his execution on the night of 28–29 April 2015. 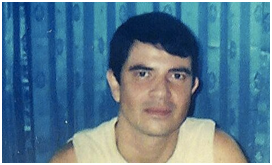 Rodrigo was arrested in 2004 when 6 kg of cocaine was found in his surfboard at Jakarta Airport. Rodrigo immediately took full responsibility, admitting that his two travel companions had known nothing about the presence of the drugs.

Rodrigo suffers from paranoid schizophrenia and bi-polar disorder (as per the report of Reni Kusumowardhani, dated 3 November 2014). Numerous doctors have assessed and treated Rodrigo during his lifetime. Much of his treatment has taken place during his ten years of detention in Indonesia. The Director of the Prison requested further assessments / treatment for Rodrigo in 2014 and again in 2015. The outcome of these assessments has been the advice that Rodrigo be immediately transferred to a mental hospital for intensive treatment and medication.

The reports have noted Rodrigo’s withdrawn and depressive state: Rodrigo would lie on his bed in solitary confinement all day, every day, only coming out of his room to eat. The doctors have confirmed that Rodrigo suffers from paranoid schizophrenia with symptoms including delusions and hallucinations.

Numerous medical records obtained by Rodrigo’s medical team, and the Brazilian embassy, show that Rodrigo has long suffered from mental health problems. He was treated for epilepsy from the age of ten, until he was sixteen, and his doctor has noted that this may have made Rodrigo prone to mental health complications later in life, which may have impacted his behaviour and mental functioning, for example, rendering him with impaired judgment and risk assessment, concentration difficulties, and involuntary aggression.

Apart from his treatment for epilepsy, Rodrigo was referred to have a mental health assessment, due to his behaviour and relationship with his family. Having struggled with substance addiction from the age of thirteen, when he started inhaling solvents, Rodrigo later became addicted to cocaine. Shortly before being arrested, Rodrigo was referred to further mental health treatment in Brazil, which lasted seven months.

Rodrigo’s behaviour has deteriorated in recent years and his lawyers have been unable to engage with him in prison or take instructions. Rodrigo now appears to have no meaningful understanding of his imminent execution. The Brazilian government has also repeatedly requested his hospitalisation.

Several reports note that Rodrigo has suffered from suicidal thoughts and has attempted to commit suicide in detention. On one occasion, Rodrigo tried to douse himself in gasoline and set himself on fire to try to avoid waiting for his execution.

Rodrigo should never have been sentenced to death. It is likely that Rodrigo’s mental health problems and substance addiction played a role in his offence and, under Indonesian law, the Court can order that a mentally ill accused be treated in a hospital. But, Rodrigo did not have proper legal representation during his trial. So, the Court was not able to take his serious mental health problems into account. It is not clear whether the trial court was even aware about Rodrigo’s mental illness, because he had no lawyer, and Rodrigo has himself become incapable of understanding or responding when his lawyers ask him about what happened.

Rodrigo has been unable to have evidence related to his mental health presented to a court for consideration since he was sentenced. There is no opportunity to present new evidence to the court on appeal in Indonesia. The only opportunity to do so is by applying for a case review, PK, but this avenue too has been effectively shut down for Rodrigo because a government policy has been introduced ordering the courts to refuse all but the first application for PK.

Rodrigo was not allowed a meaningful clemency process either. As soon as he took office, President Widodo announced that he would not grant clemency in any illegal drugs case, regardless of the circumstances. So Rodrigo’s long history of mental illness and his trial without a lawyer were never even considered.

The Indonesian authorities claim to have obtained a further mental health assessment in relation to Rodrigo, but the results have not been disclosed to the Brazilian embassy, Rodrigo, or his legal team; the results remain unknown. Where an individual’s life is at stake, there is no reason to withhold any such report from disclosure, so that it may be subjected to scrutiny in the interests of transparency and justice.

Rodrigo is clearly not fit to be executed. Yet, Rodrigo and his legal team have been told that he will be tied to a stake and executed by firing squad tonight.

Indonesia has carried out only 4 executions from 2008 to the date when President Widodo assumed office; all of these were done in 2013. Since President Widodo took office, he has repeatedly and publicly called for the execution of all drug offenders.

On 18 January 2015, six drug offenders were executed in Indonesia; these six included another Brazilian national, Marco Archer Cardoso Moreira. It has been widely reported that Marco did not die instantly but took ten minutes to bleed to death, and that he was denied the presence of a Catholic Priest. It is unclear whether Rodrigo understands what happened to Marco due to his mental health condition.

Following the six executions carried out in January 2015, preparations for a further ten executions immediately commenced, nine of which seem set to be conducted. There are understood to be around 63 drug offenders in Indonesia, around half of whom are foreign nationals. However, the Indonesian authorities appear to be deliberately discriminating against foreign nationals: only two of the 16 convicts executed or to be executed shortly are Indonesian nationals.

International law has held that drug offences do not constitute the most serious offences for which the death penalty should be reserved. In spite of this, in February 2015, the Indonesian authorities decided to replace three Indonesians sentenced to death for murder with two foreign drug offenders on the list of imminent executions.

There is also concern that the endemic corruption within the law enforcement and criminal justice systems in Indonesia means that the most culpable within the international drug trade are escaping punishment, while the minor players, often vulnerable and exploited, are becoming scapegoats, suffering the harshest penalties.

In 2007, the Constitutional Court of Indonesia held that the execution of persons with mental disability must be postponed until they have recovered from their mental illness. International law also prohibits executing the mentally ill.

SUGGESTED ACTION:
Please write to the authorities listed below, asking them to stay Rodrigo’s execution so that he can be transferred to an appropriate mental health facility for treatment, after which he should be given the opportunity to present his case before a competent court that can consider the appropriateness of his sentence after reflecting on all of the evidence.

I am writing to express my deep and sincere concern that the Republic of Indonesia intends to execute a mentally ill Brazilian national who did not have a lawyer at his trial.

Rodrigo Gularte was arrested in 2004 in possession of around 6 kg of cocaine. He has had a long history of serious mental illness, dating back years before the offence, and he has himself been a cocaine addict. These are factors which may well have played a role in Rodrigo’s offence, and which should have been considered by the court. However, Rodrigo had no lawyer at his trial to bring these factors to the judges’ attention. The trial court sentenced Rodrigo to death in 2004.

The refusal to grant clemency to any drug offender, regardless of the circumstances, has prevented Rodrigo from having his mental health condition taken into account through the clemency process. Rodrigo has had no opportunity to put evidence of his mental health before a Court since.

Since then, Rodrigo’s mental health has deteriorated further. He suffers from delusions and paranoia, is unable to engage with prison officers, other prisoners, or his embassy or legal team. He has been suicidal and on one occasion doused himself in gasoline and set himself on fire in the prison. In 2014 and 2015, the prison ordered its own mental health assessment of Rodrigo, which confirmed that he suffers from paranoid schizophrenia and bipolar disorder. The Brazilian embassy has repeatedly requested that Rodrigo be transferred to a hospital for appropriate treatment but, since his clemency petition was rejected, this has not been possible.

I am also worried that those being targeted for execution in Indonesia are not the most culpable. Even if the Republic of Indonesia believes that drug offences are the most serious crimes, which is not the position under international law, many of those who have been executed recently or who are facing imminent execution, are simply minor players and drug mules. Meanwhile, those higher up in the chain receive paltry sentences or avoid punishment altogether. Until the endemic corruption in the law enforcement and criminal justice systems are tackled and fair trial standards improved, the imposition of the death penalty can only result in arbitrariness and injustice.

I understand that only two of the fifteen individuals executed or at risk of imminent execution in Indonesia are Indonesian, despite the fact that foreign nationals make up only around a third of those on death row. I am further concerned that rather than being amongst the most culpable on death row, Rodrigo may instead be a victim of discrimination.

The Republic of Indonesia takes a laudable position with respect to its own nationals facing the death penalty overseas, claiming that it does everything possible to save Indonesians from execution in other jurisdictions, including those who have committed drug offences very similar to Rodrigo’s.

I am sure that Indonesians would expect that an Indonesian national with serious mental health problems, tried effectively without a lawyer, should be spared execution, and I am worried that going ahead with Rodrigo’s execution risks jeopardising Indonesian efforts to obtain justice for its own citizens.

I therefore urge the government of Indonesia to stay Rodrigo’s execution to allow for his transfer to full assessment and treatment in an open and transparent process to prevent the execution of a mentally ill man. I ask that Rodrigo then be given the opportunity of a full and fair hearing, with adequate legal representation, at which time all the evidence may be considered and an appropriate sentence imposed.