Home / News / PAKISTAN: The ‘lady gangster’ remains at large while her victim’s whereabouts are unknown

PAKISTAN: The ‘lady gangster’ remains at large while her victim’s whereabouts are unknown 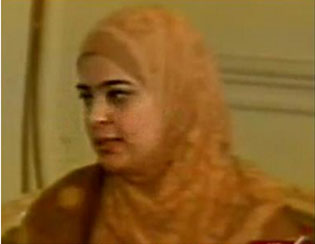 While the daughter of the chief minister of Punjab remains at large her husband, Ali Imran Yousuf, has been arrested in an effort to show that the chief minister is willing to respect the rule of law. The entire provincial machinery is attempting to influence the witnesses and manipulate the case in favour of chief minister’s daughter. The victim, Mr. Irfan, an employee of the bakery at which the assault took place is not accessible to the media and it is reported that he has been missing after the release of the CCTV camera video.

Mrs Rabia Imran, the daughter of the chief minister (CM), Mr. Shahbaz Sharif, is well known as ‘lady gangster of the province attempted to force an employee of a bakery to serve her when, in fact, the bakery was closed and he, as the sweeper, was cleaning it. Angered by his refusal to serve her she threatened him with dire consequences and some hours later her husband arrived in the company of his plain clothed guards and policemen in uniform. He pointed out the young employee who was then tortured and abducted. Please see our Urgent Appeal: PAKISTAN: The daughter and son-in-law of the chief minister of Punjab must be arrested and prosecuted for torturing and abducting a sweeper.

It was only eight days after the incident that the police started taking action and they claim to have arrested eight policemen. However, they were all were released by a lower court on the personal surety. It is said that the Punjab provincial government is most favoured by the courts, even by the higher courts that had already provided the provincial government immunity regarding corruption amounting to billions of rupees.

The police are refusing the charges of torturing and abduction of the bakery employee by the son-in-law of the CM. When Ali Imran Yousuf was produced in the court after his arrest the police said that there was no evidence that he was involved. This statement alone is enough to prove that the police and administration of Punjab province are busily engaged in protecting the family members of the CM. There is CCTV footage which clearly shows Ali Imran Yousuf dragging the hapless employee out of the bakery, beating and kicking him and then ordering the Elite Force officials to put the victim in the vehicle. The officials took the victim to some unknown place and he followed in another vehicle. Despite the evidence of the CCTV the police investigating the case are refuting the allegations that he himself was involved in the incident. This is nothing less than a mockery of the law where the CM of any province can manipulate the provincial machinery to protect his daughter and son-in-law.

Many questions have been raised in the media about the lawful duties of the law enforcing authorities such as: have the police recognized Mrs Rabia Imran and her husband as the official gangsters of the CM? When the question was raised as to why they waited for seven days before taking action they took the line that the CM was out of the country. This raises a further question which is: are the police a personal force or servants of the CM that will not act without his permission? Do the police regard the relatives of the CM as being above the law? What is the purpose of the Elite Force, which has all the powers of the police? Is the Elite Force used solely for intimidating people with whom the family members of the CM are not happy? Officials of this same force were used in the past for beating and intimidating an actress who claimed to be the wife of the son of CM. And in future, will the law remain on holiday when the CM is out of the province?

In the latest development after the case became public and exposed the working of CM’s administration, the high police officials started harassing the owner of the bakery, who filed the police case (FIR). They are pressing the employees of the bakery to drop the daughter of the CM from the case and put all the blame on the policemen of the Elite Force. The daughter herself has issued a statement refuting her involvement in the case and said that she exchanged hot words at the bakery but she does not know what happened after that. In their routine way of working the police have come out with the news that the owners and victim have reached an agreement and that there has been a settlement. This, however, is not true and it is further indication that the entire administration of the province is involved in rescuing the CM’s position on the case.

The office of CM and his party are also on a campaign to calm down the media houses which has proved successful. It is also reported in the media that last night the CM chaired a meeting of his party, the PML-N, and his official media managers to find out who was the ‘black sheep’ that revealed the incident seven days after its occurrence. The CM has shown his anger against those media persons who held television programmes and blackened his name.

The Asian Human Rights Commission (AHRC) is concerned that the whereabouts of the employee/victim are unknown and that he is suffering from severe internal injuries. As a result of his reluctance to appear in public the provincial administration has yet not provided any medical treatment to the man and no compensation has yet been announced. He must be recovered safely and provided with all the necessary medical treatment and rehabilitation.

The AHRC urges the federal government to intervene in the issue of lawlessness in the province perpetrated by family members of the chief minister and the torture and abduction of a humble sweeper who was simply doing his job. It is absolutely vital that the federal government takes immediate and impartial action against the chief minister and the police force that acts as his personal employees before the other ministers of the provinces of the country follow this example. The result will be total chaos. To show that action is indeed being taken the daughter, Mrs. Rabia Imran, must be arrested immediately and charged for the abduction and torture of the bakery employee and for her blatant misuse of power. The AHRC also urges the Chief Justice of Pakistan to take Sou Moto action on the criminal acts of Mrs. Rabia Imran and her husband.

PAKISTAN: The president must immediately implement the order of the Supreme Court against the former chiefs of the army and ISI for rigging the 1990 elections »