Home / News / PAKISTAN: The president must immediately implement the order of the Supreme Court against the former chiefs of the army and ISI for rigging the 1990 elections

PAKISTAN: The president must immediately implement the order of the Supreme Court against the former chiefs of the army and ISI for rigging the 1990 elections 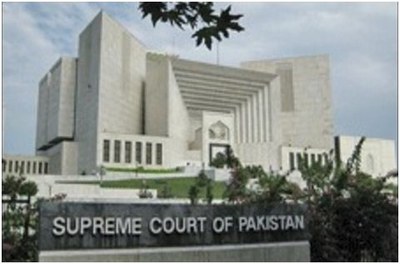 The Supreme Court (SC) today ordered the government to take legal action against former army chief General Aslam Beg and the former director general of the Inter Intelligence Service (ISI) Lt-Gen (retired) Asad Durrani for distributing money during the elections of 1990 among some politicians in order to rig the elections. A three-judge bench comprising of the chief justice, Justice Jawwad S. Khawaja and Justice Khilji Arif Hussain was hearing a petition filed in 1996 by retired air marshal Asghar Khan requesting the court to look into allegations that the ISI had financed many politicians in the 1990 elections by dishing out Rs. 140 million to create the Islami Jamhoori Ittehad and stop Benazir Bhutto’s PPP from coming to power. The petition was based on an affidavit by the ISI former director general.

The SC, in its short order, stated that, as per the Constitution, the state can exercise its authority through its elected representatives. According to the order, if there are political cells in intelligence agencies or the presidency, they should be abolished.

The SC ruled that there was ample evidence that the 1990 elections were rigged and a political cell maintained by the then President Ghulam Ishaq Khan supported the formation of the IJI to stop the PPP coming to power.

The apex court in its ruling announced that political cells of the ISI and President House should be abolished and ordered the government to take legal action against the former retired generals who were involved in the corruption.

The court in its decision has vehemently said that those officials who follow the unconstitutional and illegal orders of their superiors would also be equally responsible in the crime.

The Asian Human Rights Commission (AHRC) welcomes the decision of the apex court as a landmark for strengthening the rule of law and democracy and it will also promote constitutional supremacy by restricting the supra-constitutional forces from stopping the democratic process in the country.

This is actually the second occasion in which the SC has taken steps against the military. In the July 31 decision of 2009 the SC decided the declaration of emergency rule by then President, General Musharraf to be unconstitutional under Article 279 of the Constitution of Pakistan. Through this order the SC declared openly and positively that interference by the military in the constitutional affairs of the country would no longer be acceptable.

The AHRC urges the government of Pakistan to immediately take action according to the order of the SC and ensure an investigation into all those responsible for the corruption that rigged the 1990 elections. Despite the passing of 22 years it is vital that the government sends the message that any future attempts to interfere with the democratic process in Pakistan will not be permitted. The government must also empower a high powered investigative team to expedite the investigation into the distribution of the money from military accounts to the politicians. The former chief of army staff and other officers, including those from the ISI who were involved in the rigging of the election should be tried under Article 6 of the Constitution for High Treason. This must include the politicians who received money from the military or the ISI.

Ghulam Ishaq Khan who became president and benefitted by the corruption should not be spared the indignity of having his part in the derailing of the democratic process brought into the open. It is not unusually in Pakistan for persons who have committed wrongs against the country to be tried after death and an example of this is General Yahya Khan who was tried for his part in dismembering the country.

The AHRC is pleased that the SC has made this order and believes that this is a good omen for the future of democracy in Pakistan. The government should take this as the basis of all future democratic and constitutional systems as it recognises that parliament is supreme and the elected members have the right to run the government. President Asif Zadari should immediately implement the decision in its entirety so that the supra-constitutional forces are prevented from meddling in the politics of the country. This will benefit and encourage all institutions to work under the Constitution in their own orbits and not interfere with each other’s mandates.

BANGLADESH: Government is abusing its police to harass dissident voices »