Home / News / PAKISTAN: How many more Aasia Bibis,Taseers, Bhattis, and Rehmans will become victims because of inept judiciary?

PAKISTAN: How many more Aasia Bibis,Taseers, Bhattis, and Rehmans will become victims because of inept judiciary? 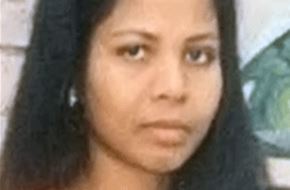 A Divisional Bench of the Lahore High Court (LHC) upheld the death penalty of a Christian woman convicted of Blasphemy by a Sessions’ Court in 2010. Ms. Aasia Bibi, was a mother of five. She was arrested in 2009 under blasphemy charges while working in a farm with many other Muslim women. A two-judge bench of the Lahore High Court, headed by Justice Anwarul Haq dismissed of Aasia Bibi’s Appeal allegedly under pressure from more than two dozens of Muslim extremist fundamentalists who were present inside the Court.

This is the second time when a judge has on his own volition, decided a matter in a blasphemy case under severe pressure from Muslim extremists because of the absence of any personal security arrangements for judges. On 1st November 2010, 16 months after her arrest, Aasia Bibi was sentenced to death by an Additional Sessions Court in Nankana District in the Punjab Province. She was sentenced on charges of committing blasphemy in the presence of large numbers of extremists present inside the courtroom. Before the pronouncement of the judgement, the extremists threatened court staff telling them that they are present there and that they want to hear only a death penalty being passed by the judge. The Sessions Court Judge was thus physically threatened, inside the court house  ruling out any chance that Aasia Bibi would receive justice The judge reading out the judgement also stated that ‘there were no mitigating circumstances in the case’. The comment of the Sessions Court Judge in his verdict shows that he knew beforehand, that it was a weak case and that people will oppose his judgment of the death sentence to a woman in a blasphemy case for the first time in the history of Pakistan without any sufficient evidence whatsoever. According to reports, the Sessions Court relied on witness accounts provided by a Muslim leader of a Mosque, Qari Salim, who announced through the Mosque’s loudspeakers that Aasia Bibi has committed blasphemy and that Christians in the community were not allowed to produce any witnesses.

The Judges of the Divisional Bench of the Lahore High Court were well aware that they dismissed the Aasia Bibi’s Appeal, only to escape the fate that befell other judges of the same Court for having decided cases upon their merits and on facts; their very lives were threatened and most judges have fled the country.   on 11th October 2011, Justice Pervez Ali, of the Lahore High Court awarded death sentences in two cases to Mumtaz Qadri, the assassin of the Punjab Governor, Salaman Taseer. Justice Pervez Ali was compelled then to leave for Saudi Arabia along with his family after receiving death threats from Muslim extremists. The then government facilitated him and his family to leave country after finding that there was no other way to provide protection to a highest ranking official of the judiciary.  Please see link below for more details;

The same treatment was meted out to  two other Judges of the Lahore High Court who strangely and selfishly bowed down to the demands and threats of the extremists who were continuously threatening them not to pass  judgement in favour of yet another Christian lady in a similar Blasphemy trial.

On the day of the judgement in Bibi’s case, extremists were raising slogans calling out ‘hang Bibi’ and ‘Allah o Akbar’ (Allah is great) inside the court premises. When the Judges arrived on the bench, the fundamentalists accorded them a standing ovation and were calling out slogans of ‘long live Islam’ and ‘long live the Judges’ inside the court. The hearing was due to begin at 9.45 a.m. but was adjourned until 10.20 a.m. and thereafter resumed at around 11.30 a.m. due to the crowds’ unruly behaviour. Even during the proceedings Muslim fundamentalists were heard raising their voices in slogans from time to time disrupting the proceedings and virtually forced the judges to announce the decision against Aasia Bibi and on the same day. The judges speared much frightened that an application from the lawyer of Bibi to adjourn the case for next hearing since he could not appear was also turned down.

Qari Salim, leader of the Mosque was also present during the court proceedings and after the decision by the court was given called out praising the judges and declared them as true Muslims. He told the AFP, French news agency, that “We will soon distribute sweets among our Muslim brothers for today’s verdict, it’s a victory of Islam,” the clerics congratulated each other and chanted religious slogans.

Further, the Division Bench of the Lahore High Court did not question the investigation of the case. Section 156 A of the Criminal Procedure Code of Pakistan specifically states that an investigation of an offence under section 295 C of the PPC (the blasphemy laws),  “Notwithstanding anything contained in this Code no police officer below the rank of a superintendent of police shall investigate the offence alleged to have been committed by him under section 295 C of the Pakistan Penal Code…”.

Blasphemy is punishable by death in Pakistan. Blasphemy laws were introduced by the former Dictator Ziaul Haq in the 1980s. They are sometimes misused by the people against opponents including both Muslim and non-Muslims. So far authorities have failed to stop the misuse due to pressure by extremists.

Blasphemy laws in Pakistan were enacted against the “wounding the religious feelings of any person,” specifically regarding Islam. In 1992, the death penalty became mandatory upon conviction on blasphemy charges. So far no person has been executed under the blasphemy law, but others have languished in prison for up to 14 years without any trial. Up to 10 others have been murdered during investigations alone Last month a prison guard at the notorious Adiala Jail in Rawalpindi shot and wounded a 70-year-old Scottish man with a history of mental illness who is on death row for blasphemy.

The blasphemy law particularly, Sub Sections  A, B and C of  Section 295 of the Pakistan Penal Code have become a ‘lethal weapon’ in the hands of these fundamentalists. They use it for any purpose-from land grabbing to discrimination of people on the basis of religion, taking rule of law into their hands, lynching the people on simple accusations of being a blasphemer, completely restricting free thinking, threatening the freedom of expression, forcing the society, particularly the lawyers and journalists to follow their dictates, forcing the educational system by making the curriculum according to archaic teachings. Through the case of Aasia Bibi the fundamentalists once again rule through their conservative ways of religious bias and fundamentalist extremism.

In a recent incident on 7th May 2014, a lawyer and a prominent human rights defender, Mr. Rashid Rehman Khan, was gunned downed, by unknown persons at his chambers at 8.45 p.m. He had been receiving death threats from such Muslim fundamentalists since February this year. In the month of April he was threatened inside the court during the proceedings before the judge by his lawyer, Zulfiqar Sindhu and two other complainants and was warned that not defend a Muslim lecturer in a case of Blasphemy in the future. Sindhu actually stated before the judge that Mr. Rehman would be eliminated. The presiding judge remained silent, stone deaf to the please, and took no notice of the threats by the fundamentalist thugs who were forcing the judge to sentence the lecturer to death. More details can be found in the following link: http://www.humanrights.asia/news/ahrc-news/AHRC-STM-084-2014/?searchterm=Rashid%20Rehman

Such incidents of accusing innocent citizens of blasphemy and meting out punishments through a process of unfair trials and incidents of intimidation of judges are the only outcome of an absence of a proper criminal justice system and the failure of the investigative mechanisms in Pakistan. The government must overhaul the ‘centuries old criminal justice systems’ so that the society should no longer  live under duress and on the whims and fancies of Muslim extremist fundamentalists and allow for just and fair trials to be conducted free from any interference nor influence.

The Asian Human Rights Commission (AHRC) urges the Government of Pakistan and its Legislature to repeal the Sub Sections A, Band C from Section 295 of the Pakistan Penal Code which provides the ‘death weapon’ into the hands of non-state actors who in turn use its powers to threaten freedom of expression including democracy, tolerance and religious harmony in the country.

Pakistan’s judiciary must uphold fairs trials and see to it that justice is delivered to all victims charged with blasphemy and demonstrate its courage against the evil of Muslim extremism. This extremism is the single most reason for the non-existence of rule law in Pakistan and that maintains a rule by powerful elements through sheer forms of ‘thugery’ and street power. The judiciary is bound to answer to the people of Pakistan and the world over as to the reasons why so many Salman Taseers, Shahbaz Bhattis and Aasia Bibis are facing death row today, and have been made victims only because of the sheer lack of will power in the judiciary to stand up against religious extremism – and do its duty and do it right.