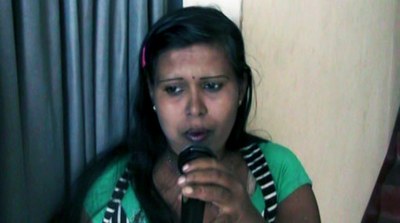 During the last two weeks, a video showing a policeman beating a young woman on a public road in Ratnapura, Sri Lanka, has generated heated discussion in the media. Reactions shown in the media and in social media such as facebook show public contempt for the behavior and conduct of the police.

What is near comic is the manner in which the police spokesman reacted to the video and the subsequent developments. When the video was first shown, the spokesman’s reaction was that as the video is unreliable no action could be taken on this matter. As media heat grew, the spokesman declared that the particular policeman seen in the video beating the young woman with a wire has been identified.

Sometime later, the same spokesman announced that this particular officer has been interdicted. Thereafter, the police spokesman’s repeated message was that a police team has been deployed in trying to identify and obtain a statement from the particular woman concerned, but that she appeared to be in hiding and therefore, it was not possible to obtain her statement.

While the police spokesman was repeating this story, the woman who was beaten began to reveal her ordeal in public. Besides holding a press conference, she also gave an exclusive interview to Ada Derana a local TV channel, and said that she was a resident of Kanadola in Ratnapura, and that the particular police sergeant had asked her to come with him to an inappropriate location on several occasions and when she had refused for the third time, he plotted revenge. She revealed that the police officer had assaulted her with a wire while uttering filthy and abusive language at her and he had also kicked her when she fell on the ground.

The police sergeant’s name has now been revealed as P.P. Thissera. The amateur video footage of the incident has been taken by a witness with a mobile phone, and it has been distributed widely through the social media making the incident a talking point among Sri Lankans everywhere.

What is more shocking is the manner in which several police officers including a Headquarters Inspector (HQI) treated the woman after the incident. Ganga, the young woman involved in the incident, has revealed how police officers kept her at a police station for several hours, attempting to get her to agree to be silent about the incident. At one instance, the policemen offered Rupees 3,000 to her.

All her attempts to have a complaint registered failed. Ganga then filed an application before the Supreme Court claiming the violation of her rights and demanding a Rupees 50 million in damages. A team of lawyers assisted her. And, after filing the fundamental rights application, she held another press briefing and explained her position. She openly told the press that due to extreme poverty she makes a living as a sex worker. Despite enormous publicity, with photographic evidence of brutal police assault, to date, the police sergeant in question has not been arrested or charged with a criminal offence.

Clearly the criminal offence falls under the CAT Act No. 22 of 1994. In terms of this Act, any public officer who commits an act of torture can be charged with an offence punishable with up to 7 years rigorous imprisonment and/or a Rupees 10,000 fine.  The photographic evidence establishes that there is evidence to charge the police sergeant under this law. Besides photographic evidence, there is also evidence of the victim and the existence of several other eyewitnesses.

For several years now, the police as well as the Attorney General’s Department have connived so as not to file charges under the Torture Act. While a large body of evidence has been revealed on incidents of torture committed by police officers on a large number of persons, the Inspector General of Police, as well as the Attorney General, has been following a policy of preventing criminal charges being filed against such police officers.

The shameful behavior of the police sergeant in the recent incident has exposed the ugly manner in which police officers in Sri Lanka generally behave towards citizens. The major blame for the horror that the Sri Lanka police has become lies with the government. The government, by dismantling the 17th Amendment to the Constitution, has deliberately destroyed the only serious attempt that has been made by the Sri Lankan Parliament to restore discipline in the public service in general and in the police service in particular.

The simple reason why governments do not want to see a functioning police force is so free and fair elections can be prevented. When the National Police Commission (NPC) was functioning, Mr. Ranjith Abesuriya, the Chairperson of the NPC, took strict measures to prevent police officers from being transferred for the purpose of the government party obtaining special advantage by such transfers. From 1978, all parties in power have sought to misuse the police in order to engage in electoral malpractices. The police force in Sri Lanka has therefore been destroyed for policy reasons. Naturally, no one expects that the government will take effective action to enforce discipline within the police force.

In the modern world, no civilized society can survive without a law abiding and disciplined police force that ensures peace and stability by way of efficient law enforcement. To allow a police force to descend to such an abyss is to drag the entire society into a similar or worse situation.

What the case of this commercial sex worker has exposed is not merely the plight of an individual woman who has been treated pathetically, but the situation of a whole society that has been pushed into chaos by the deliberate displacement of its most important law enforcement agency.

These days another scandal being talked about is the instance of a minister in the government slapping a diplomat of no lesser rank than the country’s Ambassador to the UK, forcing him to resign from his position. Even in a world where there is an endless chain of scandals one does not hears of such kinds of behavior. Even stranger is that the President still retains this Minister in his post, even after this scandal has been revealed to the whole world.

The Asian Human Rights Commission has reiterated that the question of what is legal and illegal is not an issue that matters in Sri Lanka anymore. Now, the very notion of morality has ceased to be a matter of importance. Therefore scandalous events cause no shock today. This is what the assault of this young woman, as well as the slapping of the diplomat, highlights.