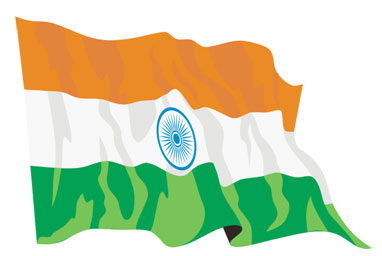 The Asian Human Rights Commission (AHRC) congratulates India and the people of this great country on the eve of the 65th anniversary of independence. Occasions like this are opportunity for the country and its people to reflect and introspect on the promises they made, both 65 years ago, when celebrating newfound freedom, and subsequently.

The concept of independence is more deep and vast than its apparent legal or political connotations. Independence includes the possibility of a nation and its people to dream, based on their belief in self and the possibilities to pursue dreams without fear and want of opportunity. Independence is the celebration of all freedoms and the iteration of the state’s responsibility to guarantee the same to all subjects. It is the victory of fairness and equality over subjugation, discrimination, and servitude. For a nation, the day marking its founding or independence must be a celebrated occasion, where every citizen could call upon the government and demand each bit of that dream the founding fathers of the nation promised.

For a great country like India, with its unique diversity of all forms, fulfilling independence, in completeness, is a challenge of enormous proportions. The country and its people have come a long way from the impoverished nation and colonial ravishing ground that it once was. With its resources limited, and coffers empty, the country has struggled to be what it is today in no uncertain terms.

However, a question remains, and must be faced. Is this the India that was dreamed about three score and five years ago? Collectively, as a nation, has India done enough in pursuit of the dreams that it promised to achieve on the eve of August 15, 1947? It is crucial to answer whether the unity of this great nation and its people have withered away in the past six decades? If so, have there been adequate efforts to prevent this? Has India strengthened itself morally to withstand threats that are gaining strength to destroy it from within and without?

Histories of great nations speak of internal wilt exploited by external forces. The greatness of a nation is not reflected in the volume and capacity of its uniformed forces. It is measured by the belief every citizen has in their state, of seeking adequate counsel from the people and protecting them from all evils.

It is a reality that India is more weak and polarised than it was 65 years ago. India’s weakness is reflected, not only in the state and anti-state conflicts that are continuing to cause deep social and personal wounds along the length and breadth of the country. It is evident from the acute and expanding polarisation of Indians who consider themselves privileged or discriminated. It is annoyingly audible in the hate speeches that self-proclaimed leaders of Hindu, Muslim, Christian, and ethnic denominations make, as they carve into the thinning wall of cultural and religious tolerance of this great nation in all possible forms. It is blindingly lit in the dishonesty of the politicians and policy makers that the people refer to as their representatives. It is soaked in the tears and heart-wrenching stories of families that are forced to live as refugees within the four boundaries of their country, in the empty stomachs of women, children and men who have no guarantee of a meal even once a week. It resonates in the cries of parents who lose their young ones to malnutrition and starvation. It is proven in the crimes committed by those who are by law mandated to prevent crime and who enjoy impunity from prosecution. It emanates from the dust that rises with the destruction of those lands and communities that have started perishing after being ravaged by corporate greed. It is printed in the words of injustice, termed as judgements, delivered by institutions of injustice. It is experienced in the hereditary claims made and won by political princes and princesses who have helped erode democracy into a marketplace.

Every Indian should ask themselves is, is this what they disserve? If not, then what is the meaning of independence and of sovereign existence?

While it is clearly the duty of the state to provide answers to these questions, such answers will only be forthcoming if there are questions. This will require an awakening of the country and of its spirit. It will demand more courage and passion than that was displayed to drive the colonisers away, since what has colonised New Delhi for the past 65 years are modern day prophets of exploitation that wear cheap robes of nationalism and patriotism.

« SRI LANKA: Man was severely tortured and falsely accused by the Pamunuwa Police