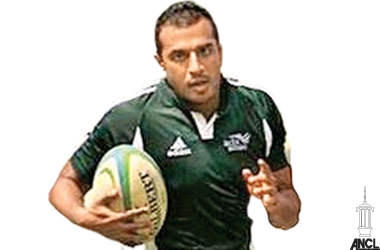 Yesterday, the CID filed a report at the Magistrates Court of Colombo, seeking to re-open criminal proceedings regarding the alleged murder of the rugby player Wasim Thajudeen. Wasim, who was a well known rugby player and voted as the most popular ruggerite for the year 2009 by Caltex Observer Touchdown Rugby quiz, was found dead on 16 May 2012.

Previously, due to political pressure, police had filed reports alleging that the death of Wasim Thajudeen had been due to a road accident and that there was no foul play involved. However, as there were complaints disputing this position and alleging murder, the CID proceeded to inquire into such complaints and has now found reason to believe that the rugby player was in fact murdered and that the crime scene had been rearranged to create the impression of a road accident. Yesterday, July 27, the CID informed the Colombo Additional Magistrate that Thajudeen’s death was not an accident.

According to reports, suspects for this death include a son of the former President Mahinda Rajapaksa, and a former Senior DIG is suspected to be involved in covering up the crime. Newly discovered details suggest a sophisticated crime, carried out with the involvement of many, including some PSD officers.

Hushing up of such crimes was common during the Mahinda Rajapaksa regime. The long list of crimes includes murder, abduction, corruption, and misuse of state resources. Already, reports have been filed in courts against several strong men of the last regime, including Basil Rajapaksa, a powerful minister who is also a brother of the former President. Many more inquiries are pending.
The aim of the United Peoples Freedom Alliance (UPFA), whose election operation is being led by former President Mahinda Rajapaksa, is to return to the style of the former regime, which undermined the criminal justice process of Sri Lanka to create an enabling environment for corruption, abuse of power, and other crime. The newly elected President Maithripala Sirisena himself alerted the country of this danger through a telecast to the nation.

The core issue for the electorate in the 17 August election is about the virtual suspension of the criminal justice system and the paralysing of all state agencies, whose duty it is to protect the rule of law. Sri Lanka, which has suffered several decades of lawlessness, is once again faced with the possibility of the collapse of all of its justice institutions.
The country has barely returned to functioning justice institutions, howsoever inadequate. This is time to make them work more efficiently and not the time go back to the rot that they were during the last regime. It should be the duty of all citizens to do all they can do to stop such a catastrophe.

« WORLD: Gross Adulteration of the US TIP Report