Home / News / PAKISTAN: Exception swims in a sea of executions

PAKISTAN: Exception swims in a sea of executions

The Pakistan government and its foreign minister were so happy when the Indonesian government stopped the execution of a Pakistani convict, Mr. Zulfiqar Ali Shah, at the last minute. Both the Pakistani government and the Foreign Ministry tried to take credit, as it was an outcome of their best attempts at diplomacy, having stopped the execution of Mr. Shah, who was convicted for drug smuggling. No doubt, it is a laudable step that the Pakistani government has intervened to save the life of a Pakistani citizen living abroad, his execution having been pronounced following an unfair trial. 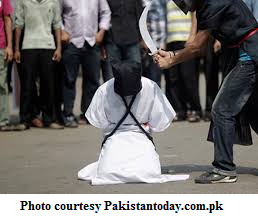 However, the government of Pakistan has itself continued with the executions of over 411 people in the last 19 months, i.e. 22 executions each month since the moratorium was lifted on 27 December 2014. The government is well aware that these persons being executed are victims of unfair trial, the worst forms of investigation, custodial torture for confession, substandard prosecution, and the insensitive and poor performance of the lower judiciary. But, the government, under the pressure from security establishment, does not want to review its policy on executions, and it has to complete the executions of about 8,000 persons who are in death row since the moratorium was imposed in the year 2009.

But the government has never accepted appeals from the UN; European Parliament; international organizations like Amnesty International, Human Rights Watch, and Reprieve; and so many who have appealed to commute the death sentences. The government has not responded, even in cases where the accused were children or handicapped when the crime was committed.

According to Reprieve, Pakistan has gone from a non-executing state to executing over 400 people in little over 18 months; this is truly shocking. The Pakistani government seems indifferent to the plight of the many prisoners who should not even be on death row: those arrested as children, or those suffering from severe physical or mental illnesses. https://www.deathpenaltyworldwide.org/country-search-post.cfm?country=Pakistan

While this shows the government’s stance on the death penalty and fair trial within Pakistan, the reality is that Pakistan has by and large openly abandoned thousands of citizens detained abroad as well. Pakistan has failed to extend constitutional protection to its migrant workers in the Gulf region, particularly in Saudi Arabia. These migrants have been imprisoned, beheaded, and/or are facing imminent execution under criminal justice systems that fail to abide by international standards of fair trial. As per official data available, out of the 8,597 Pakistanis currently detained abroad, over 4,209 are in 6 Gulf countries, where they have been deprived of their fundamental rights. In 2016 alone, 23 Pakistanis have been beheaded in Saudi Arabia, all of whom were denied their right to fair trial and due process.

On 27 October 2015, Justice Project Pakistan, an NGO working for the abolishment of the death sentence in Pakistan, filed a petition in Lahore High Court requesting the judge to order the Pakistani government to approach the Saudi government to stop the execution/beheading of Pakistani prisoners. The petition includes affidavits of two Pakistanis who had previously been imprisoned in Saudi Arabia. They have alleged torture under the Saudi criminal justice system, and accused the Pakistani authorities of callousness.

The judge, Justice Mansoor Ali Shah, observed that such cases show blatant violation of fundamental rights. It is the constitutional duty of the State (Pakistan) to uphold rights of its citizens and protect them even outside the geographic boundaries of the country. As per Article 9 of the Constitution of Pakistan, it is incumbent upon the State to protect the life of its citizens, inside and outside the country.

In many countries, such as Indonesia and Saudi Arabia , drug smuggling is punished by the death sentence. Many alleged drug smugglers are poor individual belonging to developing nations such as Pakistan, Bangladesh, and India, who have been deceived into smuggling by human traffickers. Drug mafia and cartels are seldom investigated, let alone prosecuted in Pakistan. The poor and vulnerable, forced or coerced into smuggling, suffer the ire of the law and authorities, both locally as well as internationally.

Once caught, the unfortunate detainees must represent themselves in an alien justice system and in a foreign language and, as a result, inevitably face conviction and often execution.
The State maintains a conspicuous silence on executions of its citizens especially by Saudi Arabia and other gulf countries. However, in sharp contrast to their Pakistani counterpart, the government of Indonesia, in 2015, heavily protested the beheading of an Indonesian maid convicted of stabbing and beating her employer to death in 1999. The current President of Indonesia and three of his predecessors appealed directly to the Saudi government for clemency. In response to the execution, the Indonesian government summoned the Ambassador of Saudi Arabia in Jakarta to protest.

The government of Pakistan perhaps does not find its citizens worthy of consular or legal assistance, writing them off as drug mules. The drug dealers are not only protected, they are patronized by the State itself. Many drug traffickers are associated with political parties, and allegedly have a nexus with Saudi authorities, particularly in Dammam city. Many drug lords operate openly in Punjab and Khyber Pakhtunkha (KPK) provinces of Pakistan.

The AHRC has documented cases of young Pakistani men, beset by financial difficulties in most cases, forced by local criminal organizations to act as “mules” in trafficking drugs from Pakistan into Saudi Arabia. Many of these “couriers” reported having been approached by locals known to them, who outlined for them a job opportunity abroad, offering help for getting a working visa in Saudi Arabia.

They are held captive and forced, via a variety of threats and blackmail, to become drug-mules. In some cases, it is the direct threat of murder; in others, family members of the unfortunate carriers are kidnapped and held hostage until the “job” is completed.

The State hardly ever pays any heed to the plight of these so called “drug traffickers” who have been unknowingly tricked into trafficking, and suffer execution by beheading in Saudi Arabia. There are still hundreds of Pakistanis in different prisons of Saudi Arabia who are afraid of Fridays, a day when suddenly any condemned prisoner can be called and taken to the field where he is beheaded. The Pakistani Embassy and its consulates in different cities avoid providing the correct figures/data of Pakistani condemned prisoners.

The State cannot and must not act as a silent bystander while its citizens are embroiled in one-sided legal battles abroad. Such blatant disregard for the lives, liberty, and security of the poor and impoverished – that provides the country’s economy with billions of dollars of remittances every year – is condemnable and inexcusable. The government of Pakistan should stand in solidarity with its citizens wherever in the world they may be.

« THAILAND: State must act to end torture and harassment of those fighting it