NEPAL: Stop charging innocent citizens under the ruse of maintaining peace and order 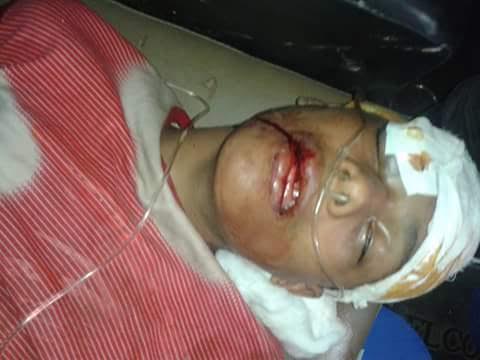 The Asian Human Rights Commission (AHRC) is deeply concerned about the use of excessive force by the police in different districts of the Terai during public’s feedback collection on the first draft of the constitution. The Madhes based parties, Mohan Baidhya and Netra Bikram Chand led Maoist parties, and some other outfits, had decided to disrupt the opinion collection programme in some districts by protesting the exercise. The police, however, cracked down on the peaceful protests with excessive force and subsequent charges.

In Janakpur, twenty-four protestors were injured when the Nepal Police used force to disperse the crowd. A 14-year-old Kanaihya Shah has been seriously injured, and has been referred to Dharan for treatment. The child has been hit on head with a police stick made of bamboo. The police were deployed under the charge of District Police Superintendent (DSP) Krishna Prasai and Inspector Niranjan Thapa.

In Saptari District, police lobbed 60 rounds of tear gas canisters and fired 20 shots in the air. Police also arrested 21 agitators from Saptari. In this district, protestors Bikas Tiwari, Birendra Majhi, Sanjib Mandal, and Jagdish Kusiyat were injured when police used force against the protestors. Clashes between police and agitators have also been reported from Mahottari, Kapilvastu, and Nawalparasi districts.

The Police lobbed 14 rounds of tear gas in Dhakdhai in Rupandehi District. Prasanta Gupta and 15 others from Terai Madesh National Campaign have been injured in this incident. The police were deployed under the supervision of Police Inspector Purna Bahadur Malla.

Furthermore, the police also lobbed 14 round of tear gas shells in Suryapura Village Development Committee of Rupandehi District. Around 30 were injured during this time. In response, the agitators burnt down the Suryapura Police Station in anger. In Pakadi, Kapilbastu, a person named Saccha Ram Harijan aged 25 has been injured during the scuffle.