BANGLADESH: Questions arising from the abduction of Farhad Mazhar 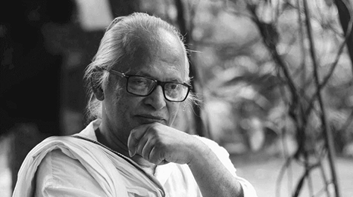 Law enforcement agencies in Bangladesh have announced on 3 July 2017, that at 11:30 pm they have ‘rescued’ Mr. Farhad Mazhar from a Dhaka bound passenger bus at Noapara in the south-western district Jessore, bordering India. The police later interrogated him during which he was allegedly ill-treated. Farhad was in police custody till 3:00 pm on 4 July. The police produced Farhad at the Chief Metropolitan Magistrate (CMM) Court in Dhaka on 4 July. The magistrate recorded Farhad’s statement and allowed him to go home, after he was asked to execute a security bond for BDT 10000.

Farhad is a nationally respected poet, columnist, and a political analyst. He campaigns against enforced disappearances and extra-judicial executions in Bangladesh. His columns carry analysis on the geopolitical, socio-economic, and cultural affairs in Bangladesh, and within the south Asian region.

On 3 July 2017, a group of men abducted Farhad from a street outside his flat. Farhad was walking towards a local pharmacy that remains open 24 hours to buy medicine when he was abducted.

Farhad was forced into a mini-bus and thrown to its floor, face down. He was pinned down by his abductors. However, Farhad could make a brisk telephone call to his wife in which he informed his wife that “they are taking me away. They may kill me.” The abductors but snatched the telephone from him before Farhad could complete the call.

Farhad’s wife, Mrs. Farida Akhter, received the phone call at 5:29 am. She immediately informed her relatives and friends about the incident. They soon informed the law-enforcement agencies about the abduction. At about 10:00 am Farida filed a missing person report at the Adabor Police Station which the police recorded as General Diary entry bearing number 101/17. Farhad’s relatives also approached the Rapid Action Battalion seeking its co-operation to rescue Farhad.

The family has informed the AHRC that after the complaint was filed, a police team led by the Deputy Commissioner of Police, Mr. Biplob Kumar Sarker, came to Farhad’s house and checked the CCTV footage that had recorded Farhad leaving his apartment. The police searched Farhad’s computer and a mobile telephone Farhad uses and had left at home.

It was then reported that the police started locating Farhad by tracing the mobile telephone Farhad was carrying at the time of his abduction. The police also demanded that the family should no further speak to anyone about Farhad’s abduction.

The police later informed the family that they were able to track Farhad’s location. The police informed, that Farhad’s location according to the signals from his mobile, is close to the south-western region of Bangladesh, bordering India.

By early in the afternoon on 3 July the news was globally reported by the media including the BBC, human rights defenders, and through online forums. Some persons started publically accusing that the Government of India is behind Farhad’s abduction. They cited former cases of Mr. Sukh Ranjan Bali, and Mr. Salahuddin Ahmed as examples. Both had mysteriously disappeared from Bangladesh and later found to have surfaced in India, in a disorientated condition.

The pro-government media in Bangladesh in the meanwhile has accused Farhad for his positions on the incumbent government and on India. At 11:30 pm, on 3 July, the RAB reported that they have ‘rescued’ Farhad from a Dhaka bound bus travelling in Khulna-Jessore highway near Noapara in Jessore district.

Farhad however in his statement to the magistrate has claimed that he was released in Khulna city at about 7:00 pm. He has also affirmed that when his abductors released him, they gave him a bus ticket issued by the Hanif Enterprises bus company, that would take him directly to Dhaka. The bus in which Farad was ‘rescued from’ had left Shibbari Bus Terminal for Dhaka at about 9:15 pm carrying only three passengers.

It is reported that when the bus reached near the Bengal Jute Mills at Noapara, the bus suddenly stopped. The crew got off from the bus, and after about 40 minutes law-enforcement officers entered the bus asking for Farhad. Farhad at the time was in one of the back seats of the bus. The officers from the RAB and the local police station started an argument on who has the right to take Farhad into custody.

The RAB took custody of Farhad and they started driving towards Khulna. The officers from Abhaynagar Police Station in their vehicles gave a chase. When the chase reached the jurisdiction of Fultola Police Station, several other police vehicles joined the local police and prevented the RAB’s vehicle from proceeding further. The officers from both agencies arguing against each other drew their weapons ready for a shootout. Soon the Deputy Inspector General of Police, Khulna Range, Mr. Didar Ahammed, intervened and took Farhad into police custody.

The DIG presented Farhad to the media. The officer insisted that Farhad must speak to the media. However, Farhad was unable to speak due to his traumatised and disoriented condition. The DIG then spoke to the media, claiming that, to him Farhad appeared to be fine and at the time of recovery; Farhad had a bag, in which he had some cloths, a telephone charger and some money. However, the CCTV footage at Farhad’s residence proves that Farhad had nothing on him when he left his house to buy medicine.

The police later brought Farhad to the headquarters of Detective Branch in Dhaka. There the police questioned Farhad during which he was ill-treated and was denied the presence of a lawyer of Farhad’s choice. While in abduction he was slapped, blindfolded and starved, as he told the police. After questioning and recording his statement, the police produced Farhad at the CMM court, from where he was released. Expressing concern about the entire incident, the Minister of Home Affairs, Mr. Asaduzzaman Khan Kamal, has said that his government will undertake a thorough investigation in this case.

1. Despite the authorities been able to track Farhad’s movement early on what prevented them from rescuing Farhad for 18 hours and until he was taken 300 kilometres away towards the Indian border?

2. If Farhad’s abduction was in fact carried out by some criminals, how was it possible for them to avoid RAB and police check points that are omnipresent in the country? Does it suggest that in fact the RAB or the police was behind the abduction?

3. Were the Indian agencies responsible for this abduction, as is believed by a substantial section of the country’s population?

4. The authorities have claimed that they have located a white mini-bus which was used to abduct Farhad. What investigation has been done to verify whether this vehicle is involved in this case?

5. Why were the RAB and the police chasing each other and fighting for the custody of Farhad? Was it merely for claiming ‘credit’ for the rescue, or are there any other reason for this?

6. What justifies the mutually contradictory statements made by the police and the RAB regarding this case?

7. Contrary to the facts in this case, and the statement by Farhad in court, the police has claimed that they found Farhad at the time of his rescue in possession of some personal belongings. Where are they now and who has its custody?

Farhad’s abduction and attempted disappearance is a shocking example to the extreme level of threat persons who dare to challenge the incumbent regime and India’s role in Bangladesh’s internal affair. The statement by the Home Minister expressing concern about Farhad’s case also suggests that the Government of India is behind this case. Will this be investigated and results made public? If not, this case too will remain as yet another proof to the allegation that it is not Dhaka that is in control of the affairs in Bangladesh, but it is New Delhi.

« SRI LANKA: A Diary of a frequent visitor

INDIA: Fact-Finding Report by MASUM on the Gorkhaland agitations »