Home / News / PAKISTAN: Sarabjit Singh — can the judiciary still claim to be independent?

PAKISTAN: Sarabjit Singh — can the judiciary still claim to be independent? 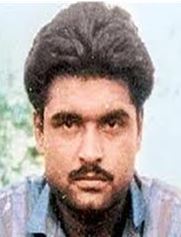 It is one year now since Sarabjit Singh, an Indian prisoner, was killed in Lahore prison on April 26, 2013 when he was struck on the head in an attack by two Muslim fundamentalists. He was hit with bricks and his neck and torso cut with sharp weapons from which wounds he subsequently died in hospital on May 2, 2013.

Sarabjit Singh was arrested on August 30, 1990 for a bombing and his case is an example of a miscarriage of justice where mistaken identity was presented as the sole evidence of his crime. The victim’s real name was Sarabjit Singh but he was sentenced to death in the name of Manjeet Singh. The sole eye witness of the case told different television channels that he was forced through coercion and intimidation to give evidence against the victim by officials of the intelligence agency, the ISI. Mr. Awais Sheikh, the lawyer acting for Sarbajit was able to prove in different courts that his client was not the accused person. Please see the Urgent Appeal, PAKISTAN: Release Sarabjit Singh who has now spent 21 years in a death cell due to an unfair trial in a case of mistaken identity.

Sarabjit Singh was sentenced to death on August 15, 1991 by a special court on terrorism charges and since then he remained in a six by eight death cell for 22 years. His appeals were rejected by the higher courts, including the Supreme Court of Pakistan in a very mysterious manner. Due to the moratorium on executions the only way to kill him was to do so inside the jail using the excuse that it was to take revenge of Afzal Guru, an Indian Kashmiri, who was hanged in Delhi on the charges of terrorism and an attack on the Indian parliament. Guru was accused of being an agent of the ISI.

After Singh’s extrajudicial killing in prison a strong reaction was observed, not only in Pakistan but at the international level where human rights organisations were suspicious about his death in custody where Muslim fundamentalists were allowed to carry weapons and kill the foreigner.  The Chief Justice of the Lahore High Court was approached by invisible forces to appoint a special tribunal for the probe of his assassination inside the prison. The Chief Justice appointed a tribunal under Justice Syed Mazhar Ali Akbar Naqvi with a specific time frame for the probe of six weeks. The tribunal has recorded all statements from the jail authorities, prisoners, and collected evidence but has not yet come out with the findings of the inquiry report.

The Lahore High Court Research Officer, Muhammad Ahmed Khan, who was appointed spokesperson for the tribunal, told The Express Tribune that the inquiry had been initiated several months ago. However, Justice Naqvi had been serving on the Rawalpindi bench of the Lahore High Court for several weeks, which is why the report could not be compiled. Khan said he could not remember exactly when the inquiry was initiated. Bushra Zaman, the registrar for the tribunal, had also been transferred since and was no longer with the tribunal, he said. Khan could also not provide a timeframe for when the report could be compiled.

The independence of the judiciary always remained a major question though it showed its muscles against the Musharraf government who was, at that time, losing its grip on the government and the powerful Intelligence agencies. But it is no longer a secret that the judiciary always prefers to remain a poodle under the invisible and powerful forces. No justification has yet been given by the judiciary or particular special tribunal as to why the probe of the tribunal has been abandoned. It has been stated unofficially by a research officer of the court that the judge has been transferred to the Rawalpindi branch of the Lahore High Court. If that is the case the excuse of being shifted to another bench cannot be accepted as a good excuse and he should have been relieved from heading the tribunal. It is also appalling that the situation has reached the extent that judicial officers are providing excuses for not completing their jobs without any reason. It is also apparent that the judiciary is in the habit of deciding cases on the whims of powerful invisible forces.

It is ostensibly an attempt to avoid the completion of the probe of into the killing of Sarabjit Singh inside the prison when all the evidence and the statements of jail authorities and prisoners have been recorded. It is nothing less than the apathy of the judicial system which does not come out with the truth. In fact, the probe was completed several months ago but is being kept in cold storage so that no blame can be placed on the state and its invisible forces for their involvement in the murder.

The government of Pakistan and the Chief Justice of the Lahore High Court both have a duty to see that justice is done for Sarabjit Singh. Regardless of whether he was guilty as charged or not the state of Pakistan has a non derogable responsibility to ensure that prisoners under their charge are protected. It was reported in the international press that Singh’s killing was in revenge for the execution of Afzal Guru in Delhi. It is up to the Pakistan government to prove conclusively the real motives behind the killing.

The Asian Human Rights Commission urges the government of Pakistan to complete the probe and make the findings public. If it is not able to do this with the present tribunal then the existing judge must be replaced with another immediately so that the probe may be completed.