On 19th to 24th of April 2015, the Asian-African Conference has been held in the Republic of Indonesia, with representatives of more than a hundred countries participating on the theme of “Strengthening South-South Cooperation to Promote World Peace and Prosperity”. During the event, several bi-national meetings have also been held. The host country President, Joko Widodo, has held discussions with several other leaders, including the Prime Minister of Thailand and Thai Army Chief, General Prayuth Chan-ocha, and the President of Myanmar, U Thein Sein.

On Thursday 23rd, General Prayuth Chan-ocha and President Widodo broached the illegal fishing problem between the two countries. They decided to create a joint task force to solve this issue. However, Myanmar and Indonesia only talked about their economic partnership. 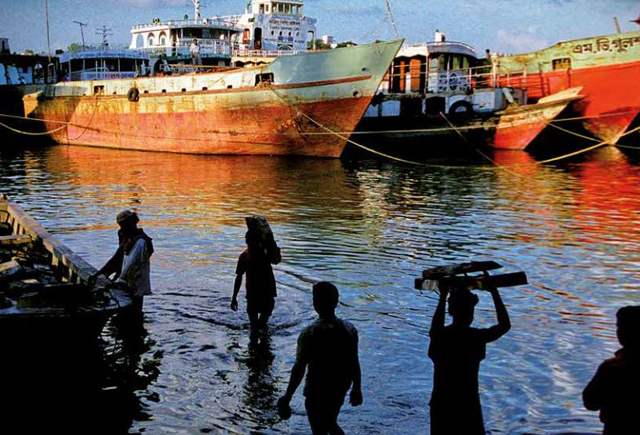 Clearly, these heads of state of the region have not given primacy to the modern day slavery taking place in their backyards – the dark but now open secret of what is the reality on illegal fishing vessels. Although the problem of modern day slavery in relation to the fishing industry has marked the region for decades, there has not been any proper investigation or change in the horrific realities in which numerous impoverished and unfortunate humans have found themselves trapped.

Forced labour from all across South-East Asia are still being taken hostage on Thai fishing boats, tortured and detained on these floating prisons against their will, and made to work more than 20 hours per day without proper food and medical care, and often without being paid. With no legal recognition or the possibility of going home, a majority of them are enslaved, living lives of fear, devoid of hope. In Benjina Island, Indonesia, for instance, the fishing companies have placed a number of these slaves in cells. Survivors have related many cases of killings on the boats and of numerous suicide attempts.

In a recent investigation, the Associated Press has revealed the link between the local firms that have enslaved fishermen from Myanmar and major international corporations who buy this fish processed with the help slave labour. The reports also expose the corruption of Thai authorities, which have been authorizing the use of fake documents and of the Indonesian authorities that are well aware of the presence of Thai boats in their seas. The concerned governments have only taken action following the Associated Pressexpose, when the slavery has been ongoing in their jurisdictions for decades now.

The Asian Human Rights Commission (AHRC) welcomes the agreement between Thailand and Indonesia to improve the cooperation on the matter of illegal fishing. However, we urge the governments to do so with transparency and reliability, and to expressly focus on addressing enslavement of trafficked labour.

The AHRC calls on the authorities to apply international law by registering the fishermen working on Thai boats and giving them legal status. The AHRC also asks the governments to investigate the corruption in the regulatory authorities in both Indonesia and Thailand.

The process needs to include Myanmar as well due to the fact that a majority of the victims of this modern day slavery on fishing vessels in South East Asian waters are citizens of Myanmar. The Indonesian and Myanmar governments should also urge the Thailand authorities to investigate the human trafficking rings that are continually enslaving hapless migrant workers and supplying these to illegal shipping companies. Together, they have to make sure that this enslavement is immediately brought to an end and that those have been ensnared in such dehumanizing conditions should be compensated and rehabilitated.

In the tenth point of the “declaration on promotion of world peace and cooperation” following the 2015 Asian-African Conference in Indonesia, the governments have agreed to respect justice and international obligations. Before honouring these cross continental obligations, perhaps it would appropriate for the governments of Thailand, Indonesia, and Myanmar to cooperate amongst themselves and ensure that the seas in their neighbourhood are not harbouring floating vessels of injustice with enslaved victims of trafficking.