The Asian Human Rights Commission (AHRC) has initiated a series of articles on the proposed Prevention of Electronic Crime Act, 2015; this is the second article in the series. The Bill has draconian provisions that seek to muzzle the freedom of expression and speech over the Internet to discourage dissent and stifle intellectual discourse. The Bill has been presented in Parliament for consideration after being passed by the Standing Committee on Information Technology and Telecommunication. This is the second part of the series.

Section 15 of the Prevention of Electronic Crime (PEC) Bill makes the interception of private transmission a criminal act; this has made many civil society observers wonder whether making use of a private Wi-Fi system will be treated as a criminal offence. 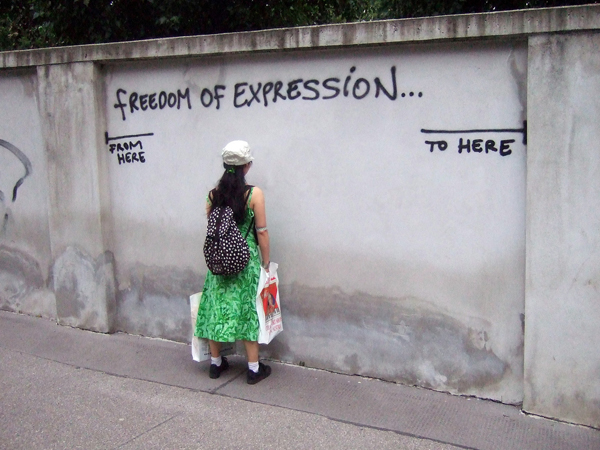 Rights groups view Section 16 as a double-edged sword that will be used to suppress criticism and any attempts to poke fun at political leaders in cartoons and caricatures. The following is the Section in full:

(3) Any aggrieved person or his guardian where such person is a minor, may apply to the court for passing of such orders for removal, destruction or blocking access to such material referred in sub-section (1) and the Court on receipt of such application may pass such orders as deemed proper in the circumstances.

The Section has broadened the scope of offence against the dignity of a natural person; distorting a natural person’s face is deemed an offence. Many political satirists, cartoonists, and caricature and meme artists use such techniques to criticize a politician. Such provisions will curtail freedom of expression. This may outlaw leaking a video showing corrupt acts of politician and law enforcement officials, defining such acts as being injurious to the reputation of these public officials. The provision should have been limited to “sexually explicit content”, as it was in the first draft of the Bill. Now, the provision has been deliberately made vague; this threatens to curtail public access to material that may unveils the true face of politicians, as well as the military and law enforcement agencies.

The initial draft of the bill included the following passage, which was subsequently omitted:

Provided that it shall not be an offence under this section if the electronic communication is an expression of opinion in good faith not done with malicious intent, is an expression of criticism, satire or political comment or is analogous to any of the Exceptions under section 499 of the Pakistan Penal Code Act, 1908:

Now, the section of the Bill provides no safeguard to victims of sexual violence, as in the case of the recent rape incident, where a gang-rape was recorded, circulated, and transmitted through Bluetooth and phone applications; it will become virtually impossible to control, block, or destroy such data, especially when it is not stored in a centralized location, making it difficult for the provision to be applicable. The provision also doesn’t make any distinction between individual and print/digital media by using the term “whoever”. Thus, a TV programme on political satire, making fun of politicians, can under Section 16.

Furthermore, sub section 3 of Section 16 states that upon receipt of an application on the offence, a court may pass an appropriate order; without any inquiry into the case, the court may order destruction or block access to all such material. It is interesting to note that the technology to block access to one particular video or image is not available in Pakistan.

The Chairman of Pakistan Telecommunication Authority (PTA) has admitted during the hearing of the case involving the blocking of YouTube that PTA does not have the technology to block access to one particular derogatory video, and that the only way to block access was therefore to block YouTube altogether. Crowdsourced websites such as Wikipedia, Facebook, Dailymotion, and other social networking sites are thus increasingly at risk of being blocked completely in Pakistan for a single transmission, like picture, video, and caricature shared by a single user.

Section 18, of the PEC Bill while appearing to address cyber stalking, reads as follows:

(b) make any suggestion or proposal of an obscene nature;

(d) take or distribute pictures or photographs of any person without his consent or knowledge;

(e) display or distribute information in a manner that substantially increases the risk of harm or violence to any other person commits the offence of cyber stalking.

(3) Any person may apply to the court for issuance of a restraining order against an accused of cyber stalking and the court upon receipt of such application may pass such order as deemed appropriate in the circumstances of the case.

Subsection 1 (d) of the Section can easily criminalize citizen journalism, as the Section has not excluded the same expressly. This can make it difficult for the media to receive information from citizens about the alleged corruption of any state official. Many TV programmes depend on such videos shared by viewers to help unearth the corruption and embezzlement committed by politicians and government officials. The restraining order is also not pragmatic, because, due to the advancement of technology, it is unlikely that transmission can be restrained completely.

Spamming and spoofing are the subjects of Sections 19 and 20:

Spamming is the act of sending unsolicited messages or emails to a recipient without their express consent. Nowhere in the world is it a crime, yet our Legislature has deemed it fit to criminalize the act without expressing what constitutes a spam and what doesn’t.

Thus, if say a researcher has to seek information from his professor, he will first need to take express consent from his professor to send him an email. Perhaps our legislatures are unaware of spam filters that are inbuilt into the inbox of every quality email service provider, which can take care of spam emails. Making spam a criminal offence is completely uncalled for and an exercise in futility. Many online marketing agencies and firms earn their livelihood by posting mails to their target audience; the act will cause them huge loses and will cause many online home based workers to lose their only means of livelihood.

Section 19 is again overly broad; it states that if one establishes a counterfeit site or source which makes the user believe that it is the original site, whether or not any damage is caused to the visitor of the site, the person will be penalized with a jail term extending to three years. The drafters of the law appear clueless about the latest technology and seem to have no idea how things work in the cyber world, as spamming can also be computer generated and tracing the human origin correctly is very difficult. The provision doesn’t explain on whom the onus of proof will lie to prove that a particular spam has originated from a particular individual.

Section 23 has given powers to the Federal Investigation Authority (FIA) to investigate and prosecute cyber crime:

(3) The Government shall organize specialized courses in digital forensics, information technology, computer science and other related matters for training of the officers and staff of the special investigation agency.

The FIA has been made the investigation authority till the state transfers the said powers to any other agency. In other words, at any time, the government if it so deems fit, may involve the intelligence agencies to investigate and prosecute the said cyber crime; the move is arbitrary and without any legal justification. There should be one designated specialized agency in charge of investigations. Otherwise, all intelligence agencies will end up becoming designated agencies, bringing in an overlap of authority, and this will result in lack of accountability. In terms of specialization in cyber forensics, the law is silent; it merely prescribes courses to be organized by the government. Having no prior training in cyber forensics and the ever-morphing nature of cyber crime it is unlikely that the agencies will be able to trace the culprits, proving culpability beyond reasonable doubt.

About the Author: Javeria Younes is an advocate and legal researcher. Her research work titled “Custodial Torture its ramification and failure of institutions” has been published under the auspice of AHRC. She has also written a handbook on torture for the victims of torture to help them seek medical, psychiatric, and legal aid. She can be reached at javeria.younes@live.com