Home / News / SRI LANKA: A TV Interview with Basil Fernando regarding the appointment of public officials in Sri Lanka

SRI LANKA: A TV Interview with Basil Fernando regarding the appointment of public officials in Sri Lanka 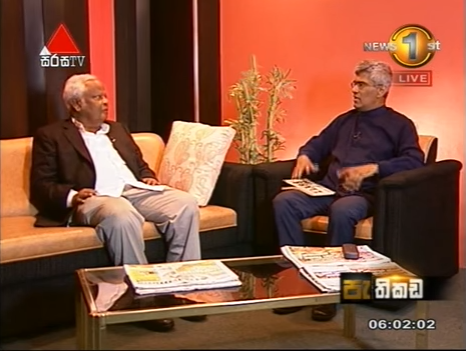 In the interview Mr. Fernando speaks on the modalities of appointments to the public services including the police service, the Attorney General’s Department, in the light of the recent appointment of the Inspector General of Police, and elaborates on the constitutional framework in making these appointments, and a critical analysis of the role the present Constitutional Council, and other instituions such as the Police Commission in this process.

In the interview, Mr. Fernando explains the features of the basic structure of a constitution in making appointments to the public services in a country including espeacially the main law enforcement agencies. The interview could be watched here.

MALDIVES: CHRI’s Response to the Commonwealth Ministerial Action Group Statement of 20th April 2016 on the Maldives »