Home / News / INDIA : The Politics of Special Legislations in India

INDIA : The Politics of Special Legislations in India 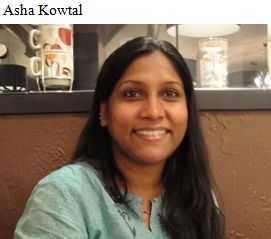 I was not yet in my first standard of school when the strategies of the Scheduled Caste Sub Plan (SCSP) (earlier known as Special Component Plan for Scheduled Castes) were put into force. Way back in 1979-80, the SCSP mandated every State/Ministry to earmark funds from the Plan outlay, atleast in proportion to the population of SCs in the State/Country i.e 16.62% as per the Census records. It meant that 16.62 % of the budget of every Ministry was meant exclusively for the development of Scheduled Castes in India.

The logic behind this idea was to essentially, ‘bridge’ the developmental gaps experienced by the Scheduled Caste people as compared to the population belonging to socially advanced groups. The idea was to allocate funds at individual, family and community level in order to ensure growth within the SC community and bring them at par with the other general population.

As is the case with several legislations meant for SCs, this one too failed miserably. Now in the year 2013, more than 34 years later, the Government of India recognizes the inadequate implementation of the SCSP and therefore considered it appropriate to provide a legislative backing to the SCSP strategy through a Central legislation. It is rather interesting to note that some 30 odd years after Independence, the idea of SCSP was conceived and then more than 30 years later, it is being legislated.

A few months ago, in a very welcome step, the Ministry of Social Justice and Empowerment uploaded the Draft Scheduled Caste Sub Plan Bill 2013 on its website, inviting suggestions and comments. Through this, the SCSP strategy and the idea to bridge the development gaps would finally be legislated in India. It sounded hopeful. Several activists across the country, including Dalit activists working on the economic rights for Dalits began to hold series of consultations to deliberate on the draft Bill and its contents.

Less than two months later, in record time, the Bill was expected to be introduced in the Monsoon Session of Parliament. However, it did not happen. Now, several groups and individuals across the country are keeping their fingers crossed with the hope that the Bill will be introduced in the Winter Session 2013.

The Draft SCSP Bill 2013 aims to bridge the gaps without sufficient analysis of the gaps in the first place.

With scientific data like these available for the policy makers, it is rather baffling to understand how/why it is believed that the magic figure of 16.62% allocations for Dalits will bridge the gaps and address this growing poverty amongst Dalits as a social group. It is not rocket science to understand the simple fact that with high disparity in the poverty reduction rates, this gap is only going to remain unaddressed.

In the much-needed exercise of gap analysis, the need for creation of wealth for Dalits is stark and visible. The entire wealth and resources of this country is controlled by a miniscule number of people from socially advanced classes; one cannot dream of any long-term structural change unless some serious steps towards re-distribution and creation of wealth are taken up. Access to land and autonomous resources along with special schemes for education, employment, and entrepreneurship for Dalits is crucial.

The SCSP Bill 2013 perhaps has the right intentions but without an accurate analysis of the gaps that it aims to address, it will seem like mere charity done for the poor and marginalized SCs of India. Well meaning legislations like the SCSP should aim at bringing in structural changes. On the contrary the nasty truth is that the ‘benevolence’ of the budgets provided by the Indian state for development of Scheduled Castes in India has suffered from massive diversion and pilferage both at the stage of allocations and implementation3.

Further, there is no dearth of statistical evidence to show that the situation of SC girls and women is worse off as compared to general caste women and SC men. One of the biggest drawbacks of the Draft SCSP Bill 2013 is that it does not take into the account the multiple forms of exclusion faced by SC women. The Bill does not acknowledge this visible gap and hence it is further baffling to the extent that Dalit women activists begin to wonder if this Bill is intended to maintain this gap forever.

The Bill in its current form does not set aside exclusive resources for development programmes for Dalit girls and women. Without this focus, the Bill will lack meaning and purpose in addressing the gender and caste inequities faced by Dalit women in India.

Just like the institutions where the Draft Bill originated, it too reeks of caste and patriarchy. It not only lacks a focus on Dalit women, but also fails to even acknowledge the fact that women within the SC community need an extra push to come up to a level playing field. The farcical nature of this story is best understood by the fact that the word ‘woman’ appears only once in the Bill and even here it only refers to nomination of three women social workers from organisations working for development of Scheduled Castes as members of the National Scheduled Caste Development Council which will oversee the implementation of this Act.

The strategy proposed through the SCSP has been around for over three decades now. It has been infested with problems of notional allocations, diversions of funds and mis/under/non-utilization of funds. What was the plan of the GOI and political parties in power to address the issues of failure of accountability? Nobody knows how the new legislation will set right the institutions that are corrupt and completely biased along caste and gender lines.

A special legislation like the SCSP Bill should be well-grounded, scientific, visionary and path breaking. It should aim at breaking centuries of exploitation and oppression faced by Scheduled Castes in the country. Without a thorough planning and impact analysis of the SCSP, the legislation will remain a feather in the cap of policy makers and a failure at the level of implementation itself.

A decade or two later, the impact of a special legislation like the SCSP may turn out to be an unfathomable exercise, since it is unclear what it initially set out to achieve. For example – without an inbuilt mechanism to review the impact on SC women, how can schemes and programmes be developed, approved and implemented by the ministries? The SCSP Bill does not include a gender audit or mandatory annual report on development indicators for SC women. How then will the schemes be evaluated and corrected? What will be basis of allocation of funds?

Every public policy including special legislations like SCSP should be based on the needs and requirements of the community. In its current form the SCSP has been drafted without any inputs from the beneficiaries. While the world over, bottom-up participatory planning processes are being encouraged, here the need to dialogue with SC men and women beneficiaries is not even thought of.

The discourse on the SCSP bill and economic rights for Dalit women is extremely relevant for the autonomous Dalit women’s movement in India. The time is right to stake the claim on resources meant for development and social change. There is a growing awareness that by lobbying for policy changes and monitoring implementation of schemes, we should not lose sight of the demand for structural changes. Opportunities such as these provide tangible ways to work towards demanding the Indian state to usher in some radical changes. For example: the SCSP Legislation could envisage a body which can mandate revenue departments of every State to work towards establishment of a Dalit land bank in each state to identify and acquire available lands. The SCSP funds can easily be allocated for purchase of these lands for Dalits. In this way the land distribution process can acquire some administrative teeth. The reality is that the SCSP legislation has the potential to bring in path breaking, long-term changes in the lives of a community that has been violated and excluded for centuries.

Dalit women have the power to be the game changer. It is time to do just that.

“..turn in any direction you like, caste is the monster that crosses your path. You cannot have political reform; you cannot have economic reform, unless you kill this monster.”

[1] These group disaggregated figures date back to the 2009-2010 NSS but based on the calculation in line with Planning Commission’s new poverty line. GOI (2012),’Press note on Poverty Estimates 2012′ at:  http://planningcommission.nic.in/press_pov1903.pdf

[3] Please see ‘Loot of SC/ST funds in last year’s Union Budget’ by Karthik Navayan on Round Table India (published on 23rd February, 2012), for figures pertaining to the massive diversion of funds in just two years (in the Union Budgets for 2010-11 and 2011-12).

This article is also published on Round Table India

PAKISTAN/IRAN: 16 Balochis were executed in an act of revenge by Iran  »