Home / News / INDIA: A democracy that gets hurt by books, but not the body bags

INDIA: A democracy that gets hurt by books, but not the body bags

At 218 in 2013 and 237 in 2012, one would expect a national outrage on the unusually high number of body bags returning to India from Qatar. One would think especially so, for the fact that these body bags belonged to Indian citizens. It must have incensed even the apologists of neoliberal regime for whom the idea of citizenship might be passé but still value the significant foreign remittances sent by those who came back in the body bags, remittances that the country so desperately needs.

Shockingly, the body bags failed to evoke even an acknowledgment from powers that be. Nobody even knew, in fact, until Nepal, that tiny neigbour perpetually in transition, took Qatar to a task for the 385 body bags it had received in the same period; during the construction of stadiums and other buildings for the 2024 world cup hosts. No one in the Indian government seemed too bothered, even after that, despite the fact that the death of Nepalese migrant workers had angered everyone from the international human rights organsiations to the The Fédération Internationale de Football Association(FIFA), who rose to the news and confronted Qatari administration. 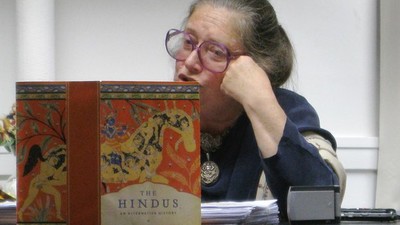 The silence of Indian government is understandable; it has rarely shown much concern for its citizenry that lives inside the country forget those stuck in foreign shores, by choice or compulsion. Nothing can explain, though, the baffling silence maintained by its otherwise emotional citizenry that seems to perpetually wait for invitation to acknowledge some hurt or other over its sentiments. Had India suddenly ceased to be a republic of hurt sentiments? Going by the recent developments, including the recall and pulping of Wendy Doniger’s academic book, The Hindus: An Alternative History by its publisher over the “hurt” it caused to some obscure hindu organistions despite a vast majority of Hindus including its priesthood having had no objection to the same, it has not.

The Indians, have been notorious for getting hurt by anything and everything under the sun. Tell us about an “offensive” book and our emotional hearts would be enraged enough to burn bookstores down and make a bonfire of invaluable manuscripts. Know that, if you must, we are most likely to do it without even having a cursory glance at the book, let alone reading it. Tell us about a still under production movie depicting our culture in poor light still under production, and we can even put water on fire.

Ironically, Indian do not even need religious, sectarian, or whatever other names such zealots choose for themselves for getting hurt. We can feel offended at will and then go on correcting that by assaulting the source of that hurt and with it basic tenets of democracy. Being the self designated largest democracy of the world helps after all. We can burn our books without needing to have a Taliban like that ‘failed’, ‘rogue’ and always- at-war –with- itself neighbor for doing such small favours.

Where has this hurt gone, then, when the body bags were piling up? Why were they so blissfully unaware of and we sleeping to the the kafala system prevailing in Qatar for contractual migrant workers. For the uninitiated, workers are tied to their employer and not allowed to change jobs or leave the country without permission under this modern incarnation of slavery. If there were enough indications for the government that a tragedy is building up in Qatar, there were even more for the citizenry. The body bags were returning to villages and towns these workers Indian citizens if one needs to be get reminded were from.

There were other workers, not dead but disabled and paralyzed because of falls from work on skyscrapers, stadium towers, and so on, returning to these villages. There were even others stranded for months, at times even an years, rotting in Qatar. Most cases involve workers who were not issued a residence permit by their employers who are thus avoiding the responsibility of footing the medical bills even in cases of accidents at worksite. These workers are rarely capable of paying the very high private fees charged to non-citizens for treatment. Qatar has, of course, enacted a new law for improving health insurance coverage for migrant workers, but that will only come in force in 2016.

The embassy must have known about these workers. It cannot pretend otherwise as many of the regional and international human rights and workers rights organization have painstakingly documented the pitiable living and working conditions prevailing in the country. International Trade Union Confederation, for example, had exposed the incidence of forced labour on a huge World Cup infrastructure project together with other serious problems, like confiscation of workers’ passports and forcing them to work for 24 hours without break while witholding drinking water even when temperatures exceed 50 degree Celsius. Forced labour in such challenging climatic conditions has led to many cases of sudden strokes from such sites, these must have included Indian workers and the embassy must have known.

It must have known as the issue was raised in European parliament with the officialdom of FIFA in attendance. It must have known that as there are strong demands to strip Doha, the capital of Qatar, off hosting FIFA World Cup 2024. It must have known about FIFA being in denial mode and arguing that any such act would be counterproductive despite Theo Zwanzinger, Germany’s member of the Fifa executive, conceding that the working conditions there are “absolutely unacceptable”. The embassy must have told the same to the government of India.

The immigration system must have known about them, at least those who were returning paralyzed or in other very serious conditions. Thegovernment must have known too. It would be nothing less than criminal dereliction of duty had it not been reported to them, and the government, in turn, is duty bound to ensure that every citizen of India lives with dignity and is saved from harm unless under due process of law wherever in the world s/he is. This is why it claims to be treated as parens patriae (parent of the citizens) and seek the rights to negotiate on behalf of them as the sole representative on all national and international fora. It has shamelessly failed itself in protecting the lives of its citizens in Qatar. The citizenry have failed their compatriots without doing even as much as shedding tears.

It is time for the government to ake up to this issue and if it does not then for the citizenry to wake it up with a start than getting its sentiments hurt offended by the petty pranks for pettier interests played by power seekers. Nothing should infuriate a nation more than its citizens getting killed by something as nasty as modern day slavery. It is time to confront both the government of Qatar and FIFA, telling them that no world cup carnival is bigger than the lives of any countries’ workers, for that reason.. We must also put things in now; not a single accidental death had taken place on the construction sites of London Olympics, there is no reason Qatar and FIFA can be excused for so many.

If there ever was a time for the government to act and the citizens to get hurt, this is that time. Not the least because the Indian citizen that returned home in a body bag the other day was 717th to do so

# # #
About the Author: Mr. Pandey, alias Samar is Programme Coordinator, Right to Food Programme, He can be contacted at samar@ahrc.asia

« NEPAL: There is always a price to pay