PAKISTAN: The social injustice behind the practice of dowry-when greed dictates society 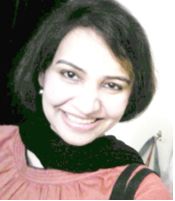 Each year, in South Asian communities, thousands of young brides lose their lives over dowry disputes. They are burnt, killed or maimed by husbands and in-laws whose material demands remain unfulfilled. Religions including Islam have always been interpreted and applied in favour of men and power structures.  Thus, it is not surprising to notice that   dowry is prevalent in Pakistan, India, Bangladesh and Nepal – the patriarchal belt of Asia. This patriarchal oppression as mentioned by the renowned Egyptian feminist activist and scholar, Dr.  Nawal El Saadawi, which has led to the oppression of women, has been caused by ignorance of the true teachings of Islam.

Despite having highest rankings on inequalities, confusions and contradictions, the Constitution of this Islamic Republic has significant human rights content. Any citizen (civilians included) can move any court, which has the relevant jurisdiction, in case his/her fundamental rights are infringed.

In practice, these avenues of recourse are not accessible to all citizens equally because of the low level of literacy, particularly legal literacy, and the lack of awareness of one’s rights. Approaching the judiciary through a lawyer is expensive in terms of time, effort and finances.

In Pakistan, the conflict between State law and customary, tribal law has been resolved: with the former mimicking the latter, the two are now practically in congruence with each other. This concord between law and custom on the place of women in this society is being consolidated in its courts.

Overwhelmingly male, the justices who sit in judgment, predictably, adhere to  the acid test of patriarchy and are predisposed to give men the benefit of the doubt in cases involving the murder, rape, and physical abuse of women as well as in cases where women are accused of zina(Extramarital sex includes both adultery and fornication).

Dowry- the custom in the Islamic republic of Pakistan is a thriving yet unacknowledged   form of social injustice, which qualifies as crime, abuse and violence. In one of my  studies in 2002, following an analysis of 30 days of newspapers (Pakistani) coverage , it was revealed that out of 206 news clips on different issues of violence against women, only 23 reflected any aspect of dowry. The study further pointed out that not only the married girls or those in the marriageable age experienced some form exploitation, abuse or violence because of the customary practice of dowry, but the fathers of such daughters, the brothers of such sisters and the families in general are the sufferers. There is no mechanism to document the dowry-based violence cases that could help the institutions for further processing the issue. There is no statistics to measure dowry violence in society. It also shows that dowry violence is not considered seriously in the Pakistani context and is always considered as a part of social customs and norms.

While conducting a pioneering study “Forgotten-Dowry A Socially endorsed form of violence in Pakistan” in 2009, I explored that several thousand cases of bride-burning have been reported in Pakistan. The Ansar Burney Trust International says that in some cases, accidents are engineered (such as tampering with a kitchen stove to cause the victim’s death) or the victims are set ablaze, and the attack is disguised as an accident or as suicide. According to an Amnesty International report in 1999, though 1,600 “bride-burning” cases were reported, only sixty were prosecuted and just two resulted in conviction. That very study also unveiled that a growing number of girls have started staying unmarried in Pakistan as parents don’t have enough money to meet the ‘demands’ of the groom’s family. The custom for an increasingly elaborate dowry is set by the people who do not even need a dowry from the girls in order to ‘run their homes’ or ‘support’ the grooms in any way.

There are certain factors that ensure the continuity of the practice of dowry, such as:

It is considered an incentive to lure a more suitable match.

It is submission to the demand of a perceived suitable match.

It is used as an excuse for denial of inheritance to women (the expenses on dowry and wedding are unilaterally decided by the men of the family as transfer of inheritance by other means).

It is considered a good support mechanism to help the new couple so that they get a convenient start in practical life.

It has become a socially enforced practice that is followed and executed ‘with a smile’, notwithstanding how painful it could be to the family.

Obligatory jahez  (dowry) takes a heavy toll on the family of the bride. The actors in dowry violence are men and women who are participants in local, regional or national cultures, in religious and social-traditional and yet current and contemporary normative orders that are in the process of being constantly tested and modified.

Dowry demand, dowry acceptance, dowry offering and lavish wedding are not only proxy indicators of the deteriorating mental health and moral standards of our society but the payment of dowry is a rejection of Islamic values and a violation of the 1976 Dowry and Bridal Gift (Restriction) Act as well  [1]. This can appear an alarm to only those who have respect for the law and believe in rule of law ( side comment: more than 12% of our legislators do not have NTN).

The Act fixed the upper limit of Rs. 5,000 for dowry and Rs. 2,000 as maximum expenditure on meals at a marriage ceremony. Nobody adhered to the legally prescribed upper limit in Pakistan and dowry continued as an essential part in every social stratum. But, interestingly, the same upper limit of Rs. 5,000 was used by the groom’s side at the time of divorce suits filed to recover dowry. Since the upper limit could not exceed Rs. 5,000, the groom’s side was not legally bound to pay the rest. There have been many instances of women being deprived of their dowry after divorce as a consequence of legal misinterpretation.

In 1997, Pakistan has taken further interesting steps to control the inflated expenditure on marriage celebrations by passing Marriage Prohibition of Wasteful Expenses Act, 1997, which did have the effect of bringing many food expenses under control .

In 1993, the Pakistan Law Commission recommended amending and updating the 1976 Act and suggested the limit for dowry to be increased to Rs. 50,000 for urban areas and Rs. 20,000 for rural areas. The wedding expenditure was, however, raised to Rs. 25,000 in the urban and Rs.10,000 in the rural areas. The law continued to be flouted, and in 2003 the Law Commission again announced that it was preparing a draft law on Marriage and Expenses, Dowry and Bridal Gift (Restriction) Act, 2003, to replace the 1976 Act.

Efforts made by the mushrooming CSO sector with regard to dowry can be categorised as disappointing. There had been localized and limited efforts by small-scale welfare societies in the 1960s and 1970s aimed at awareness-raising, as also motivation campaigns to convince people at the mohalla level to resist the mindless following of dowry demands.

However, with the advent of international donors in the 1980s, the CSOs in Pakistan either undertook campaigns against other more visibly anti-women oppressive mechanisms like the Hudood ordinance or political marginalization under the Zia regime. Of late also, the CSOs have taken up issues of expressed violence, thus being merely symptomatic, and not delving into the deep-rooted causes of violence against women – dowry being one primary cause.

SACHET a multi dimensional national non profit that I cofounded   organized and lead  the first-ever national consultation on marriage expenses and a legislation on dowry in Pakistan in July 2003 in collaboration with the the Commission on Law and Justice. The Commission drafted a new bill (though SACHET & other CSO that were part of the consultation had reservations on its endorsement of the dowry practice) was presented to the Senate and approved for presentation before the National Assembly. The National Assembly/s till to date had been unable to debate it. Meanwhile, the then PML (Q) woman parliamentarian now a PML N front line leader & parliamentarian, Marvi Memon, presented a private member’s bill on dowry violence, inheritance law and acid attacks in 2009 as a result of advocacy by FADAN (Fight against Dowry Advocacy Network).

The government of Nawaz Sharif in the mid-1990s had introduced an ordinance banning grand wedding receptions (an implicit upshot of dowry). However, that was enforced for a short time only. Mian Shabaz Sharif, on becoming Chief Minister of Punjab, following the election in 2008, fortunately restored the ban on lavish wedding meals in Punjab that had been lifted by the National Assembly during Gen. (retd.) Musharaff`s regime (Oct.1999-August 2007).

I hope and pray that the current government of Mian Nawaz Sharif should be able to look at bill for Prohibiting Excessive Expenditure on Marriage Ceremony and Dowry and build a Pakistan that is free of at least this curse and crime that is endorsed socially and that remains buried in the sanctity of  family matter.

The writer is a dowry violence victim turned survivor and founder of Fight Against Dowry Advocacy Network (FADAN) in Pakistan.

She tweets at survivorswins. She can be reached at; creativeangerbyrakhshi@gmail.com