This week Just Asia begins with Burma, where fighting has broken out once again in the state of Rakhine. Clashes between Burmese security forces and Rohingya militants have led to some 89 people killed, including 12 security force personnel. This is the worst violence to hit the area since October 2016, when a military crackdown left scores dead and forced thousands to flee. Friday’s violence drove more Rohingya to leave, with two boats containing around 150 women, children and elderly people attempting to cross the Naf river into Bangladesh. Due to Bangladesh’s zero-tolerance policy however, they were pushed back. 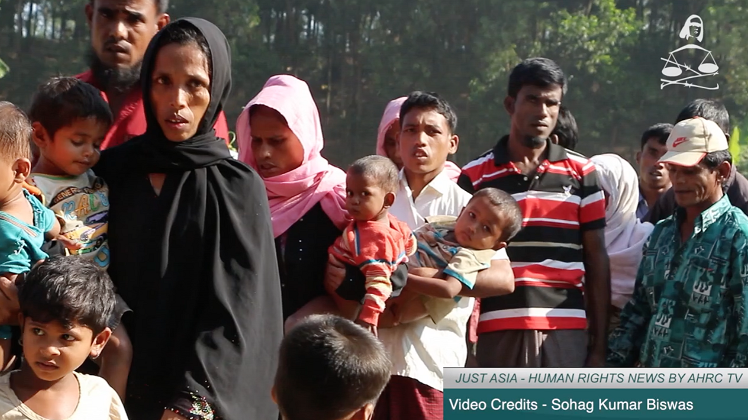 Next, the conviction of Indian cult leader Gurmeet Ram Rahim Singh, for sexually assaulting two female disciples, led to violent protests in the Indian state of Haryana. On Friday, the day that Singh was declared guilty, mobs of his followers rioted in Panchkula. The violence and arson resulted in the deaths of more than 35 persons, the injuries of many more, and considerable damage of public property. On Monday, Singh was sentenced to 20 years imprisonment.

The UN International Day of the Victims of Enforced Disappearances is annually marked on August 30. Once largely the product of military dictatorships, enforced disappearances now occur in various situations around the world, and are perpetrated by state and non-state actors. Political opponents, activists and human rights defenders are at particular risk of disappearances.

Pakistan’s military and other law enforcement agencies indulge in the practice of disappearance with complete impunity. It is used as a strategic and tactical tool of oppression against dissenters, nationalists and all those daring to critique state policy and customs. Recent trends are seeing the disappearance of bloggers, social media activists and even minors.

While disappearances continue in Bangladesh, the country’s government flatly rejects all demands of investigations into enforced disappearances by law-enforcement agencies. According to the state, there are no disappearances in the country; the victims have either ‘run away’ or were kidnapped by criminals. This contradicts eyewitness accounts of state involvement. Just Asia speaks to Mahmudur Rahman, Acting Editor of the Daily Amardesh, for details.

Moving to Nepal, the country’s transitional justice process is going nowhere in addressing conflict era violations. Even with a one-year extension, the Truth and Reconciliation Commission (TRC) and the Commission of Inquiry on Enforced Disappeared Persons (CIEDP) continue to face confusion and uncertainty. There is a lack of required legislation to allow the Commissions to work effectively, and victims do not trust them because they have been formed without consulting them. Just Asia speaks to Om Prakash Sen Thakuri, Director of Advocacy Forum, for his views.

In Indonesia, victims’ families and civil society groups commemorated the International Day of Victims of Enforced Disappearances, by calling on the government to resolve past cases of disappearance. They organized a silent protest in front of the Presidential Palace on August 24. Eighteen years after former Dictator Suharto stepped down in 1998, the disappearances that occurred under his regime and after, have yet to be adequately resolved by Indonesia’s law enforcement authorities.