AHRC TV: Deportation of Kashmiri activist and other stories in JUST ASIA, Episode 172

This week Just Asia begins with Belgium’s deportation order of activist Sajjad Husain. As a frontline defender for human rights and a free Kashmir, Husain’s work was not appreciated in Pakistan and he sought political asylum in Belgium in 2006. Finally refused asylum, Husain was facing imminent deportation to Pakistan. Due to the AHRC’s Urgent Appeal on his case, supported by hundreds of people, the deportation order has been cancelled. 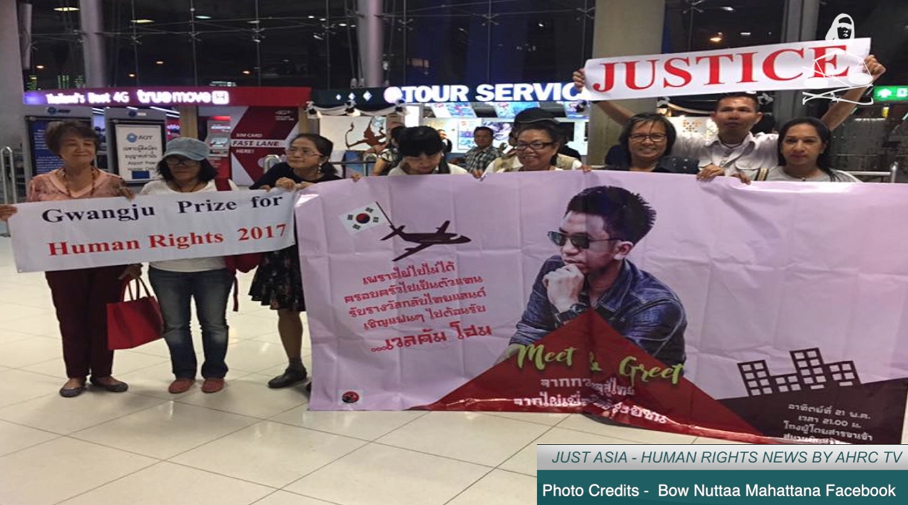 In Indonesia, two men were publicly caned 83 times on Tuesday for having sexual relations in the conservative Aceh province. The men aged 20 and 23, were last week found guilty of having broken sharia rules in the only part of Indonesia that implements Islamic law. Tuesday’s caning comes just two days after police in Jakarta detained 141 men including several foreigners for allegedly taking part in a gay sex party at a sauna.

Moving to Nepal, Devi Sunuwar appealed to civil society to continue supporting her search for justice for her daughter Maina, who was tortured to death in army custody. Thanking everyone for their support over the 13 years it took to file and prosecute a case against the responsible army officers, Devi Sunuwar wants closure now with the arrest of the three persons convicted, as well as the punishment of Captain Niranjan Basnet, who was acquitted by the court in April this year. Just Asia speaks to Devi Sunuwar for more details.

A community group in Hong Kong is calling for suicides in local police stations to be investigated by an independent watchdog, in the wake of a recent death. A man arrested on suspicion of raping and robbing a 22-year-old student took his own life in Sau Mau Ping police station earlier this month. The incident is being investigated by a regional crime unit from a different part of the city. Just Asia speaks to Richard Tsoi Yiu-cheong, community organizer at Society for Community Organization for details.

« INDONESIA: Anti-terror unit should be evaluated in wake of suicide bombing