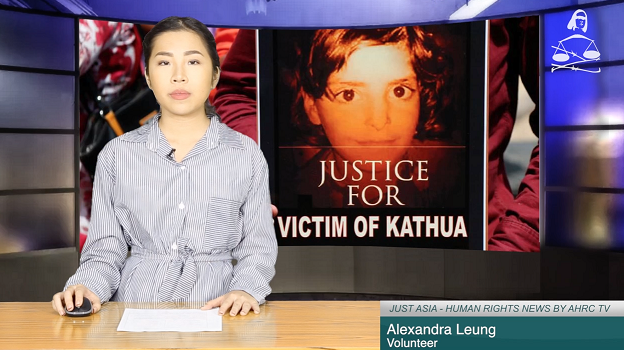 This week Just Asia begins with India, where an 8-year-old girl from Kashmir was gang-raped and murdered. Her family reported her missing in January this year, and only a week later was her body found. According to the charge sheet filed in April, the girl from the Bakarwal Muslim community was gang-raped and murdered by Hindu men, including police officers, in order to intimidate the minority Muslim nomadic community.

Moving to Indonesia, President Joko Widodo visited Papua last week, where the situation of human rights and development remains dire. Since being elected in 2014, the President has visited the province eight times, but has done nothing to resolve the human rights issues there.
President Widodo and his government have only given priority to the development of infrastructure and economy in Papua. Just Asia speaks to Papuan activist Mr. Bernad Agapa for details.

In Pakistan, an independent rights group said Monday that the country has failed to make progress on several issues over the past year, ranging from forced disappearances to women’s rights and protection of religious minorities. The Human Rights Commission of Pakistan says people continue to disappear for criticizing the military or the government, particularly bloggers, journalists and activists. Minorities also continue to be targeted by extremists, and just one day before the report was released, gunmen attacked Christian worshippers as they left Sunday services in Quetta, killing two and wounding five others.

Next, Amnesty International has released a report on the use of capital punishment globally, noting that fewer executions were carried out and fewer death sentences passed in 2017 than in 2016. The year also saw a reduction in the number of executions in cases of drug crime. While the report notes that the countries imposing capital punishment in 2017 represent a shrinking minority – 23 of 193 UN member states, almost all executions carried out in 2017 were imposed in just five countries: China, Iran, Saudi Arabia, Iraq and Pakistan.

Nepal hosted an international conference of human rights institutions from April 9-11, at which the Kathmandu Declaration was unanimously adopted. The National Human Rights Institutions of various South Asian nations agreed to uphold international standards to promote and protect human rights and fundamental freedoms of the people.

« PHILIPPINES: Duterte regime on a red-tagging rampage in Negros – Karapatan

INDIA: Change from within requires empathy »