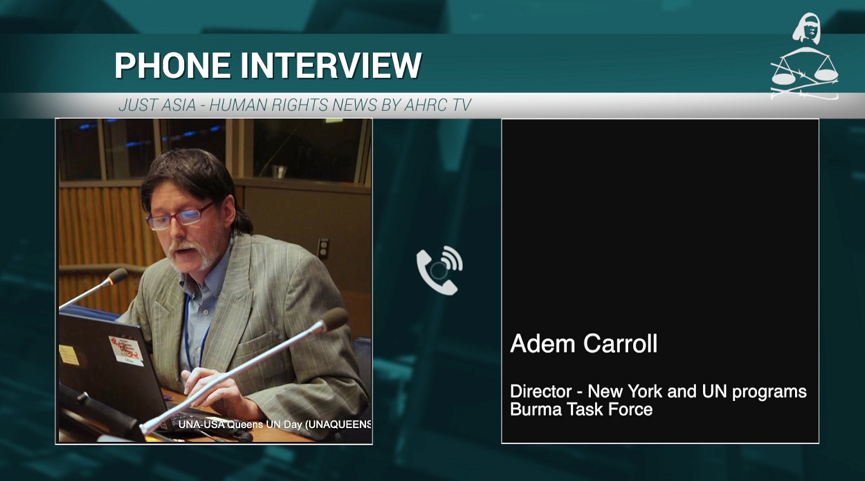 This week Just Asia begins by speaking to Adem Carroll, the Burma Task Force director for New York and UN programs regarding the dire situation faced by the Rohingya in Burma. Carroll calls for an independent commission of inquiry into the military abuses against the Muslim minority group. He also says that citizens of ASEAN countries should do more to engage their governments regarding the Rohingya. Burma Task Force, together with other organizations, will be holding a People’s Tribunal in March in the United Kingdom, to hold the Burmese government accountable for its abuse against the Rohingya.

In Pakistan, the first 40 days of 2017 have already seen over a dozen honor killings. The latest victim is 27-year-old Huma Shahnawaz, who worked at an NGO in Islamabad. The sole breadwinner for her family in Kohat, KP province, Huma was shot to death when she refused the advances of her cousin MehboodAlam. Despite promises of stern action, authorities have dismally failed to address honor killings and gender violence in the country. The situation can only worsen with the passing of a new law allowing jirgas and panchayats, known for their patriarchal and discriminatory attitudes, to settle legal disputes.

Moving to Nepal, the country’s conflict victims are increasingly anxious as to whether or not they will see justice. During the height of the Maoist conflict in 2001, 41-year-old Nagendra Mukhiya, was a taekwondo player at the local level, who also taught taekwondo to local youths. After repeatedly refusing to join the Maoists, he was arrested by them on June 5. He was tortured and thrown into a river. Although he was rescued and taken for medical treatment, Nagendra could not fully recover, and continues to live with disability. Nagendra and his fellow victims have had a long and painful wait for justice. They deserve a satisfactory and speedy result to the ongoing transitional justice process.

In the Philippines, President Duterte and his allies are pushing for a law proposing children as young as nine be jailed for crimes, together with another law to bring back the death penalty. At present, the age of criminal responsibility in the country is 15. Local politicians opposing the bills say their passing could lead to a situation in which a nine-year-old may be sentenced to death. Proponents of the bill seem to be ignoring police statistics showing that less than two percent of all crimes are committed by children below the age of 15. Furthermore, the proposed law will not lower criminality and may have the opposite result.

In Indonesia, victims and family members commemorated 28 years of the Talangsari massacre under Suharto’s regime. The Talangsari massacre took place in Lampung province on 7-8 February 1989, in which hundreds of people were killed, disappeared and detained without proper trials. Despite President Joko Widodo’s promise to resolve the case, no progress has been made by the government. Many victims of the massacre and their family members have died without seeing justice, while others remain traumatized, getting old and sick.

Finally, the Asian Human Rights Commission is pleased to announce the publication of a selection of poems by Basil Fernando. Pride and Pain in Difficult Times is a collection of verse that bears witness to one of the most harrowing clashes in South Asian history. Part reportage and part literary reflection, the poetry brings a human voice to Sri Lanka’s decades-long civil war, evoking the imagery and testimony of a land and people brutalized by a corrupt regime. Published by Belle Marquise Books, the collection is available digitally and in print via Amazon.

« SRI LANKA: Letter to the JSC by the Asian Human Rights Commission