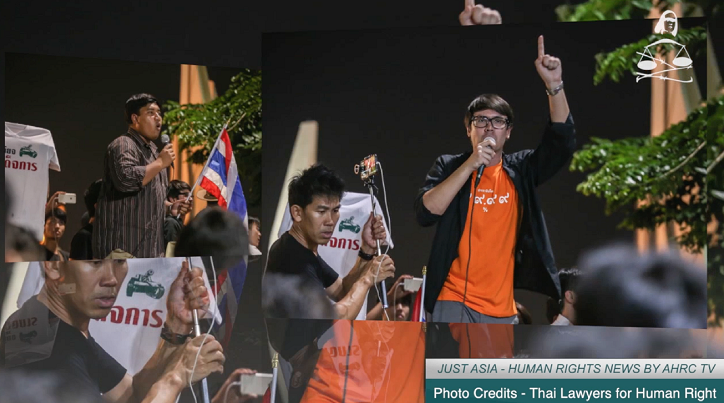 This week Just Asia begins with Indonesia, where a sword-wielding man attacked a church during Sunday services at St Lidwina Church, Yogyakarata province. The man burst into the church on Java Island, ran toward the choir and attacked German pastor Karl Edmund Prier, who was leading the choir. He then slashed the statues of Jesus and Mary near the altar.

While the police are currently investigating the man’s motives, religious leaders and Yogyakarta’s governor have asked people to remain calm and not fuel any religious conflict.

Next, Human Rights Watch has urged the Malaysian government not to forcibly deport 11 detained migrants to China. China claims that they are Uyghurs, a predominantly Muslim, Turkic minority that originates from western China. International law requires Malaysia to ensure that no one in its custody is forcibly sent to a place where they would risk being subjected to persecution, torture, or other serious human rights violations, all of which are prevalent in China’s Xinjiang Uyghur Autonomous Region.

Moving to Thailand, a report has found that between 21 November 2017 and 7 February 2018, the military junta has filed 11 cases against 74 alleged offenders for simply exercising their right to freedom of assembly. This amounts to a complaint against one person a day, or one case a week. This prosecution of civilians indicates a bleak outlook for human rights in 2018, even as the military junta declared human rights a national agenda on November 21 last year.

India’s Supreme Court on February 12 resumed its hearing in the case of Justice Loya’s death. The questionable circumstances surrounding Loya’s death and the need for an independent probe into them have taken on a renewed urgency in the light of allegations of the lack of independence within the higher judiciary. Justice Loya was the judge-in-charge of the Sohrabbhudin Sheikh encounter case when he died under mysterious and contradictory circumstances.

In Indonesia’s Lampung province, victims and family members commemorated the 29th anniversary of the 1989 Talangsari massacre. Victims organized a public discussion, together with the Lampung Legal Aid and Independent Journalist Alliance (AJI), emphasizing the government and the Attorney General’s unwillingness to investigate the case. Given that the alleged perpetrators, particularly Retired General Hendro Priyono, remain free, victims doubt the seriousness of President Widodo to address the massacre.

Pakistan’s prominent human rights activist and lawyer, Asma Jahangir, has died at the age of 66. She reportedly suffered a cardiac arrest and was taken to hospital, where she later died.
The pro-democracy activist championed women’s rights throughout her career, and was an outspoken critic of Pakistan’s military establishment. For her decades of rights work, she had received France’s highest civilian award in 2014, and Sweden’s alternative to the Nobel Prize, the Right Livelihood Award. She was nominated for the Nobel Peace Prize in 2005.

« INDONESIA: Residents of Sumberanyar Village Fight For Land Rights But Are Criminalized And Intimidated

INDIA: Protect victims of trafficking along the Indo-Bangladesh border »