This week Just Asia begins with Burma, with the UN’s human rights chief warning that the government’s persecution of the Rohingya Muslim minority has the potential to spark regional conflict. “It is sometimes said that today’s human rights violations will become tomorrow’s conflicts,” Mr. Zeid Ra’ad Al Hussein said on Monday. Also this week, the Associated Press confirmed at least five mass graves found in Rakhine, through multiple interviews and time-stamped cell phone videos. The graves are the newest piece of evidence suggesting genocide. 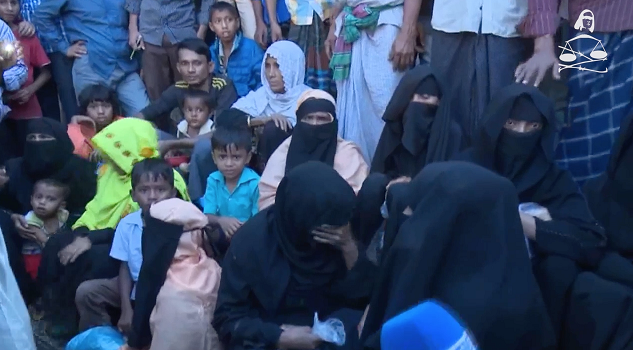 Next, Indonesia saw the visit of the United Nations High Commissioner for Human Rights, Mr. Zeid Ra’ad Al Hussein, this week, from February 4-7. Among the Commissioner’s various meetings, two important ones were the civil society meeting hosted by Indonesia’s Minister of Foreign Affairs, and the meeting with victims of human rights violations hosted by the National Commission on Human Rights. Local groups are hopeful that the high profile visit will significantly influence human rights development in Indonesia. Moreover, Mr. Zeid ended his visit with the announcement that his office would soon send a mission to West Papua to learn about the human rights situation there. For more information, Just Asia speaks to Mr. Bedjo Untung, a Survivor of the 1965-1966 massacre.

Moving to Nepal, police arrested a 14-year-old boy from his home in Jhapa district,and beat him up. Plain clothes police arrested Sandip Prasai on February 1, and accused him of being a thief and a drug addict. Sandip was admitted to a hospital on February 4, where the doctors said there are no visible signs of injuries on his body, but he has suffered from panic attacks.

Activists are calling on the government to investigate the incident and suitably punish the officers involved in beating a juvenile. Sandip must also be provided with appropriate compensation.