Home / News / PHILIPPINES: Investigation commences on a mother falsely charged for complaining against a principal who beat her son

PHILIPPINES: Investigation commences on a mother falsely charged for complaining against a principal who beat her son

The Asian Human Rights Commission (AHRC) has been informed that a separate investigation is now being conducted on how and why a mother, whom we reported to have filed a complaint against a school principal for beating her son, ended with herself being arrested, detained and prosecuted on false charges.

UPDATED INFORMATION: (Based on the information received from Moro Women Center Inc.)

On April 24 this year, we reported that Mary Vic Medina, mother of a 12-year-boy who was beaten by a school principal in General Santos City, had been arraigned and tried on fabricated charges of physically abusing her son. For further details, please read: AHRC-UAC- 059-2014. 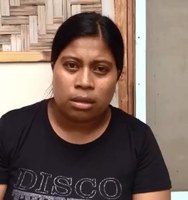 The charges on Medina, however, was in retaliation by her accuser, Mr. Genaro Ruales, the school principal of Biscayda Elementary School, for filing complaints against him for beating her son. It was Ruales and not Medina who beat the boy. However, Medina ended up being prosecuted for supposedly abusing her own son.

The AHRC conducted a follow up interview on Medina after her appeal was issued.

Medina further disclosed that her arrest and detention for four days happened days after she reported to a police station that she and her husband were shot at by armed men in their home. The police did not provide her with protection but instead, immediately arrested her.

After issuing the appeal, the regional office of the Commission on Human Rights (CHR) in Cotabato City, commenced its own investigation in response to the AHRC’s appeal into Medina’s case. Medina said an investigator had requested her to provide all the documentation relevant to her case, notably her testimony and the charges filed in court for their assessment.

The AHRC appreciates the intervention of the CHR in this case. However, while we appreciate the CHR’s intervention we have expressed reservations of its outcome. There have been numerous cases in the past wherein they have also intervened and investigated, but failed to conclude their own investigation promptly and provide copies to the victims.