PHILIPPINES: Indigenous villagers flee their home due to militarization

The Asian Human Rights Commission (AHRC) is deeply concerned about the continued harassment of the Lumad community by members of the 58th Infantry Battalion in Lagonglong, Misamis Oriental. The villagers decided to leave their homes because they are always harassed in the conflict between the military and the rebels. Often, they are accused as being members of the rebel group.

CASE DETAILS: (Based on the documentation by the Katungod Lumad Alert)

On 5 June 2016, 45 Higaonon families comprising 217 individuals decided to leave their homes in Sitio Camansi, Barangay Banglay in Lagonglong, Misamis Oriental and take refuge at the gym of the Municipality of Lagonglong due to heavy military presence. 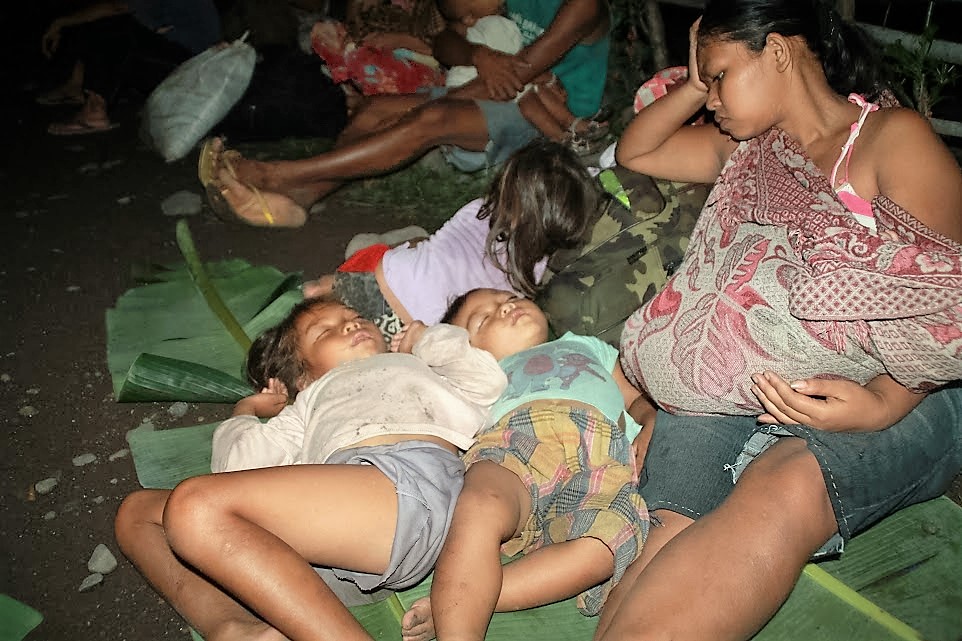 The 13 fully armed officers of the 58th Infantry Battalion arrived in the community and at lunch time they called a meeting informing about their house to house activity. The military forces told the villagers that they need to share their problems and they will relay it to the president. The villagers told the military officers that they will present their problem but the military officers insisted to make a house to house visit and stay in the community for two weeks.

The community raised their concern that they would be put in danger should their ‘enemies’ attack them. They would also fear going to their farms, which are some distance from their homes, as they might either be caught in a crossfire or be accused of being a member of the rebel group. They have already heard of civilians being accused in nearby communities, detained and tortured by the military.

The residents also pointed out that last year, after they evacuated several times because of military operations, they already reached an agreement with Capt. Joe Patrick Martinez, spokesman of the 4th Infantry Division, stipulating that the military should camp 500-1000 meters away from their community and not within their center. They also said that the military did not have to conduct a census as the residents there were registered voters and this is done by a different government agency. Despite the refusal of the people, the military went house to house to at least four houses. They also continuously asked the villagers to turn over their fire arms despite their denial of having any.

On June 5 at 3 p.m., they started to walk to Sitio Kawali of Barangay Kibanban, Balingasag. Some distance away from their homes, they heard gunfire but did not turn to see if they were the targets or if there was an armed encounter in their community. They arrived in Sitio Kawali at 6 p.m., tired and hungry. At 11 p.m., two dump trucks arrived from the provincial government unit to fetch the Higaonon evacuees and bring them to the gym for the temporary shelter and food.

Please write letters to the authorities listed below expressing your concern about the case.

The AHRC is writing a separate letter to the UN Special Rapporteur on the rights of indigenous people.

Philippines: Indigenous villagers flee their home due to militarization

I am writing to express my serious concerns regarding the harassment of Higaonon people by the military presence in Mindanao.

On 5 June 2016, 45 Higaonon families comprising 217 individuals decided to leave their homes in Sitio Camansi, Brgy. Banglay in Lagonglong, Misamis Oriental and take refuge at the Provincial gym due to heavy military presence.

The military officers of 58th Infantry Battalion called a meeting of the Lumad villagers informing that they will do house to house activities for two weeks and each family should share their problems and they would relay it to the president.

Earlier, the Lumad villagers had an agreement with Capt. Joe Patrick Martinez, spokesman of the 4th Infantry Division, stipulating that the military should camp 500-1000 meters away from their community and not within their center and ask permission from the Higaonon before entering their territory, but the military officers did not follow the agreement.

On that day, at 3 p.m. the Lumad villagers started to walk distance away from their houses to seek safety and shelter away from the military forces for fear of further harassment and involvement if there is any encounter between the military and the rebels group.

I urge you to conduct an immediate and impartial investigation into this matter. As you are aware, the indigenous Blaans are considered vulnerable groups requiring state protection. Those involved in threatening and forcing confessions from the villagers must be identified and prosecuted for their criminal acts.

I trust that you will take appropriate action in this.