The Asian Human Rights Commission (AHRC) has received information that police have tortured a 30-year-old man to force him to confess a theft and kept him under illegal detention for nine days. The police also let him be beaten up by villagers after announcing his ‘confession’. He was arrested along with three other persons. Two of them died in police custody.

According to the information we have received from Advocacy Forum, a national human-rights NGO, police have inflicted torture on Sanjaya Pulami Magar to force him to confess his involvement in a theft. 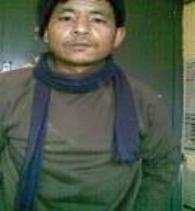 A team of policemen from Area Police Post, Prungbung under the command of Assistant Sub Inspector of Police (ASI) Mr. Firal Mohato arrested Sanjay Pulami Magar, along with three other villagers Bikram Gyanmi Magar, Dil Kumar Gyanmi Magar and Deependra Magar, at 9 am on February 12, 2010. The police accused the three of having stolen a quill of water pipe from the Gorkha Welfare Society Drinking Water Project.

The victim reported that ASI Firal Mohato,  Head Constable Mr. Indra Narayan Sha and constable Ganga Maya Tamang then tortured him to make him confess his involvement in the crime. They made him lie face down and questioned him about where he had hidden the pipe; who was involved in the theft; and who the leader was. When he refused to confess, they beat him with  sticks and wire inserted plastic pipe on his sole, hip, thigh, legs, and other parts of his body for about an hour. According to him, he could not bear the torture and therefore admitted his involvement in the theft.

The policemen then told the villagers that the four accused had confessed the theft. The villagers thereupon also accused them of having stolen gold and money from another villager’s house and beat them up in front of police.

The police took the four accused inside a room in the police office and tortured them again to investigate into the new allegation of theft brought up by the villagers. After enduring torture for about half an hour, they accepted responsibility for the new charge as well. Sanjaya reported that if they had not admitted the allegations the police and/or the villagers might have killed him.

The police brought Sanjaya to the District Police Office (DPO) in Panchthar on February 13, and subjected to a medical check-up and provided with some painkillers. He was only brought before the judge on February 21, 2010 following pressures from local NGOs. On that day, he was remanded on accusation of theft. He was relased on ordinary bail by the order of the District Court, Panchthar after no sufficient evidence was found against him.

Now he complains about pain in his whole body and about not receiving appropriate medical treatment. When the Advocacy Forum visited him, they noted that he had numerous contusions on his body, hips, thighs and on the lower part of his legs.

On February 13, 2010 Bikram Gyanmi Magar who was arrested at the saem time with Sanjaya and his father Dal Bahadur who was arrested on Feb 13, 2010, were severely tortured for about half an hour, until Dal Bahadur lost his life. They along with Dal’s dead body were then brought to District Police Office, Panchthar. On February 21, The Kathmandu Post, a daily of Nepal, reported that father and son had both died in police custody.

The interim constitution of Nepal states in its article 24 (3) that ‘Every person who is arrested shall be produced before a judicial authority within a period of twenty-four hours after such arrest ‘. However, it took nine days to the policemen to produce Sinjaya in the court. Therefore, the DPO kept him under illegal detention for more than a week.

Moreover, Nepal is party to the Convention against Torture that mandates it to prevent torture, and further asserts in Article 15 that a statement made as a result torture shall not be invoked as evidence in any proceeding. Regarding internal legislation, the 1974 Evidence Act of Nepal also states that confessions obtained under torture are inadmissible. Nevertheless, the UN Special Rapporteur on Torture remarked in his 2009 follow-up report to the recommendations he made during his 2005 visit that ‘Judges do not generally restrict the admissibility of evidence obtained during interrogation outside of the presence of a lawyer. Confessions remain the central piece of evidence in most cases’. Therefore police heavily rely on torture to extract confession which usually composes the main part of the investigation.

The AHRC has been documenting several cases in which the police resorted to torture to force arrested persons to confess crimes, most of the time in total impunity: please refer to: AHRC-UAC-020-2010, AHRC-UAC-205-2008, AHRC-UAC-150-2008.

In spite of this worrying pattern of torture in Nepal and of regular lip-service paid by politicians to the fight against it, there is still no law in Nepal making torture a crime.

Please join us in expressing your concern regarding this case of torture by writing to the authorities listed below to urge them to launch a thorough investigation in this case and take measures to guarantee the security of the victim.

Please be informed that the AHRC is writing separate letters to the UN Special Rapporteur on Torture and to the Office of the High Commissioner for Human Rights-Nepal Representative, calling for intervention in this case.

NEPAL: Case of police torture in Panchthar must be investigated

I am writing to voice my concern regarding a case of severe police beating in order to extract confession.

According to the information I have received, Sanjay Pulami Magar was arrested on February 12, 2010 along with three other persons Bikram Gyanmi Magar, Dil Kumar Gyanmi Magar and Dipendra Magar during a gathering at Bikram’s house by a team of policemen from the Prungbung police post under the command of ASI Firal Mohato. They were arrested under allegation of having stolen a water pipe belonging to the Gorkha Welfare Society Drinking Water Project.

I know that the police tortured Sanjay in order to get information regarding the theft. Details of the torture include making him lie face down and beating him with a stick, a bamboo stick and plastic pipes on his sole, hip, back, thigh, legs and on other parts of his body. After one hour of this treatment, because he could not bear anymore torture Sanjay eventually admitted the accusation held against him.

For about half an hour, the police inflicted more torture on Sanjay and his co-accused to force them to confirm this new allegation. I am concerned to hear that Sanjay reported that if they had not admitted being involved in this case, they would have been at risk of being killed by the villagers and police.

Sanjay was then brought to DPO, Panchthar, taken for his medical check-up and provided with only basic medicines. I am surprised to learn that he was only taken on remand on February 21 after pressures from local NGOs. This is a clear infringement of the Interim Constitution of Nepal according to which Sanjay should have been brought before a judicial authority within 24 hours after his arrest. Sanjay has therefore been kept in illegal detention for nine days, which is the open door to police abuses in all impunity.

He was eventually remanded on February 21 over accusation of theft.

Nepal is a state party to the International Convention on Torture which clearly asserts that statements extracted under torture should never be admitted as evidences in a trial. I am therefore urging the government to take appropriate measures to make sure the confessions extracted from the four victims by the police officers cannot be held against them.

Sanjay Pulami Magar must be provided with appropriate medical treatment without delay and security from the police and public reprisals. He must be granted adequate compensation.

I am also calling for the immediate investigation of those allegations of torture and of the case of public beating by the villagers. If enough evidence is gathered ASI Firal Mohato, Head Constable Indra Narayan Sha and Constable  Ganga Maya Tamang must be immediately and unconditionally suspended from duty. They should also be brought before a civilian court and, if proven guilty, condemned to a sanction proportional to the damages they caused. The impunity of police officers committing torture has regularly been denounced by the UN and only results in encouraging this kind of treatment.

Those from the DPO, Panchthar who kept him in illegal detention for nine days must be investigated as well.

I consider that this case casts a revealing light over the role of forced confessions in the conduct of investigation of Nepal. Police stations should be provided with adequate training, material and resources to allow them to conduct proper investigations and prevent them from relying on confessions extracted under torture. Policemen should be assured that being found guilty of committing torture would mean their immediate suspension from duty and stern sanctions.

I am also requesting the government to immediately draft a law clearly criminalizing torture. Filling the legal loopholes which allow torture to remain unpunished is, in my opinion, a pre-requisite to curb torture in Nepal.

ASIA: Statement of the Asia Pacific Mission for Migrants on the 100th year Anniversary of the International Women’s Day  »