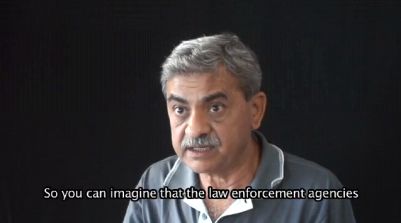 On the occasion of the International Day in Support of Victims of Torture, Pictures by the Wayside and the Asian Human Rights Commission, present explaining why torture remains a key problem in Asia. The 15 minute video explains why torture is one of the most difficult human rights issues to address, why the continued use of torture plays such a central role in Asian societies, and how it affects victims. The video is online available at

Spokespersons of the AHRC for Bangladesh, Indonesia, Nepal, Pakistan, Sri Lanka and Thailand narrate the widespread use of torture in Asian countries, and explain the causes that produces this way of social control by the use of torture. The video describes the adverse impact of torture on individuals and on society as a whole, the loss of the rule of law and the loss of confidence of the people in the law enforcement agencies. The consequences of such change of attitudes is emphasized by the spokespersons.

« SRI LANKA: Widow of three children denied justice to protect a Superintendent of Police by the Headquarters Police Station of Kandy