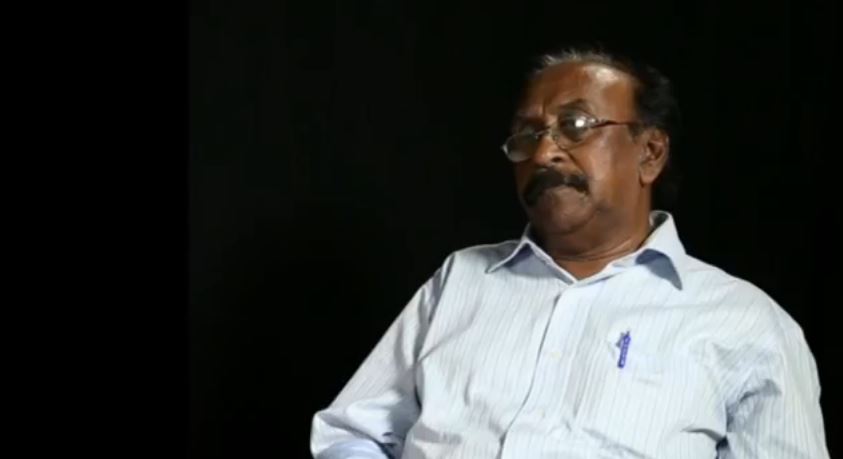 (Hong Kong, October 17, 2014) Professor K. G. Sankarapillai is one of the best known poets in India and he has won a number of prestigious awards for his poetry. He writes in Malayalam language. His poems have been translated to many Indian languages and a number of western languages. Some of his poems have also been translated and published in the Sinhala language. In this interview, he says that it is the poets who write true history. Citing the example of Russia he mentions a number of poets who lived during the period of Stalin, and through their poetry revealed the depth of human suffering of their times.

He also read several of his poems which reveal the contradictions of our times. His poems also depicts the way fear, permeates into everything and everyone around, and how genuine human feelings and expressions are being suppressed.

The documentary can be viewed here.

This documentary was produced by Josefina Bergsten of the AHRC TV.

« SRI LANKA: The Constitution as a cause for the violence and bloodshed

HONG KONG/PHILIPPINES: Poverty reflects a failure of the government not the person »