Home / News / WORLD: Depravity against women & girls in the Kashmir conflict – In the latest issue of Torture Magazine

WORLD: Depravity against women & girls in the Kashmir conflict – In the latest issue of Torture Magazine 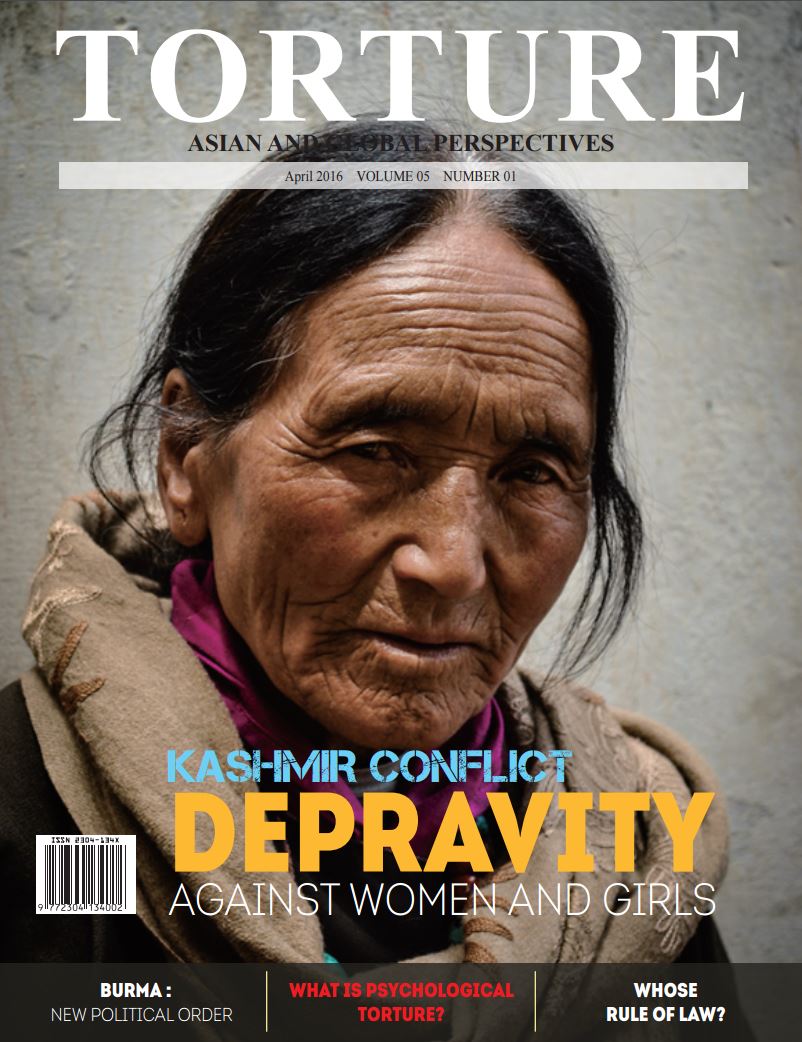 ( Hong Kong , 3 May 2016) “Conflict in Kashmir is the root cause of the problem. It has made the life, property, dignity and chastity of Kashmiri women insecure. With a revival of militancy this scenario of insecurity is increasing day by day,” notes Dr Sheikh Showkat Hussain, the Head and Dean of the Department of Law, School of Legal Studies, Central University of Kashmir.

The full text of this essay is available in the latest issue of the Torture: Asian and Global Perspectives (Torture Magazine), to be published soon.

Meanwhile, focusing on the legal systems in Asia, Associate Editor Lauren Glenmere argues, “Proper investigation and prosecution goes from unlikely to almost impossible when members of the elite or the police force itself stand accused.”

“Witnesses frequently go missing, are threatened or killed. The police force itself is misused during elections for suppressing political opposition”, she observes in her substantive account on the rule of law in Asia.

In his essay on psychological torture, Almerindo Ojeda seeks to define the practice through a lengthy investigation.

Dr. Ojeda is Professor of Linguistics at the University of California at Davis. He was the Founding Director of the UC Davis Center for the Study of Human Rights in the Americas, and is the Principal Investigator of its flagship project The Guantanamo Testimonials Project.

Contributing his own analysis, Nepalese human rights lawyer Kamal Raj Pathak notes that, “Despite the commitments made by the government to protect victims of torture and to prosecute those responsible for acts of torture, victims and witnesses remain vulnerable”, in his article on the prohibition of torture in Nepal.

The online version of Vol.5 No. 1 will be available on www.torturemag.org soon.

BURMA/MYANMAR: International community must assist in the re-engineering of justice institutions »