Home / News / PHILIPPINES: On Gerry Ortega: “Too painfully young for a man to go”

PHILIPPINES: On Gerry Ortega: “Too painfully young for a man to go”

An Interview with Fr. Robert Reyes on the murder of Gerry Ortega 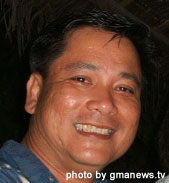 (Hong Kong, January 26, 2011) In the interview linked below, Fr. Robert Reyes, an associate of the Asian Human Rights Commission (AHRC), talks about his close friend and associate, Gerry Ortega. Gerry was murdered on January 24 at a market in Puerto Princesa City.

Fr. Reyes, talks about Ortega’s advocacy, particularly against the negative impact of mining operations in Palawan Peninsula, which he firmly believes to be the motive behind his murder. Ortega was also known for his criticism of the corrupt practices of the local government officials in his area.

Prior to Ortega’s murder, he had been receiving death threats on his mobile phone. His family also shared with Fr. Reyes a few days before his death how they were increasingly worried for his security.

Fr. Reyes, who is now based in Palawan, worked with Ortega together in several environmental groups campaigning against the impact of mining operation and the corrupt practices of local government officials in his locality.

Read the AHRC’s statement for more details:
PHILIPPINES: Murder of Gerry Ortega, an anti-mining activist, cannot be passed off as a robbery

« BURMA: Father and son jailed and tortured for taking photographs of bombing