It now seems that the government announcement to finally recognise the services of the great Nobel Laureate Dr. Abdus Salam was mere eyewash. Just three days after the announcement was made to name the Physics Department of Quaid-e-Azam University Islamabad after the Ahmadi prodigy, attacks began on the beleaguered Ahmadiyya. The Community had hardly breathed a sigh of relief at finally being acknowledged that the State unleashed its full fury.

A place of worship of the Ahmadiyya Community, known as  Dar ul Zikr in Dolmial, District Chakwal, has been attacked by a violent mob on the day which marks the birthday of the Holy Prophet (PBUH). In order to occupy the place of worship, shots were fired at and perpetrators pelted the building with stones. Malik Khalid Javaid, who was in Dar ul Zikr at the time, suffered a heart attack during the assault and passed away because he could not receive medical care at the time. 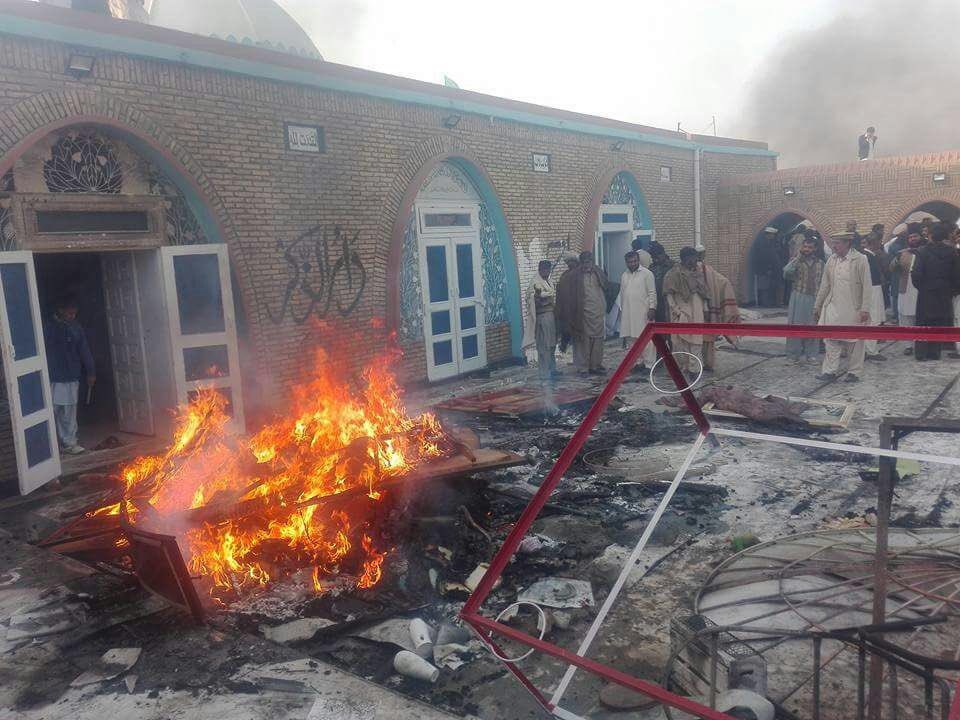 The mob, armed with batons and weapons, threw stones and fired inside the premises. The mob was “attempting to seize Ahmadiyya property”. The police allowed the mob to besiege the mosque. The attackers later burned the property and rugs within the building to “bring it under Islamic influence”.

The community had, earlier in a letter addressed to the District Coordinator, shown its apprehension of the attack and had notified the concerned authorities. However, the officials paid no heed to the warning.

The attack took place in the stronghold of the ruling party – Punjab Province –  that has a deeply troubled religious freedom record with two-thirds of all blasphemy cases originating there.

It is shockingly distressful that the Government of Pakistan takes little notice of these horrendous attacks on innocent Ahmadi citizens in Pakistan.

A week ago, on 5 December 2016, in a blatant attack on freedom of speech, the Counter-Terrorism Department (CTD) Faisalabad, arrested two people for allegedly publishing banned literature linked to the Ahmadi Community.

The Counter Terrorism Department of Punjab Government carried out an unlawful raid on the offices of Tehreek-e-Jadid; the officials also harassed and assaulted workers of the Ahmadi Community. The banned publications, Tehreek-i-Jadeed and Al-Fazal, were seized and the printing press was sealed (To view our related Urgent Appeal click here).

In a notification dated 9 December 2014, the government of Punjab banned the publication and referred to it as “seditious and treasonable”. “In exercise of powers conferred under Section 99-A of CrPC, the Government of Punjab is pleased to ban and declare every copy/version of said book to be forfeited, wherever found in the open market, stocks and shops with immediate effect,” read the statement.

However, in a press release by the public affairs division of Anjum-e-Ahmadiyya Pakistan, the Community claimed that that after a petition was filed in the Lahore High Court, the presiding judge had ordered, on 2 June 2015, no further action against the publication till the next hearing.

The government, under the pretence of anti-terrorism, targets minorities, particularly the Ahmadi; it beats common sense how this peaceful community fits the bill of terrorism? While the State and Election Commission have allow proscribed groups like Sipah-e-Sahaba to contest and win elections, it has been coming down hard on the already besieged Ahmadi Community.

Persecution of Ahmadis has been ongoing at many levels in the country. They are virtually denied every single right that the Constitution of Pakistan guarantees to all its subjects. The freedom to profess and propagate religious belief and the right to equality and right to life that form the crux of all civilized nations of the world is a misnomer of the community in Pakistan.

At worst, the State itself proactively persecutes the community, and at best it becomes a silent bystander as the Community suffers inhuman atrocities at the hands of proxy non-State agents. The Ahmadiyya played a crucial part in the establishment of the country and many members of the Community formed the first cabinet.

However, the free country soon found itself in the clutches of fundamentalist clergy who exerted and exercised greater control over the establishment; thus influencing amendment in the law and Constitution, whereby discrimination on religious lines was institutionalized.

This went to such an extent that the provisions of Pakistan’s penal code now explicitly prohibits Ahmadis from “indirectly or directly posing as a Muslim”; declaring or propagating their faith publicly; building mosques or referring to them as such; or making public calls to prayer.

Charged mob and vigilante religious groups are an everyday reality for the beleaguered community. No man or woman, young or old, is safe from the hooligans who justify their vandalism under the pretext of religion. Ahmadis are incessantly being singled out and targeted by the “unknown assailant” particularly in Karachi City. However, no one is ever apprehended. Five Ahmadi have been killed in Karachi in the year 2016, while 131 lives Ahmadis have been taken various incidents of sectarian violence.

Pakistan government has miserably failed to protect its citizens – a duty it owes, first and foremost. As anarchy ensues, people are left to fend for themselves. The State planned the National Action Plan (NAP) in the face of the law and order challenges. This NAP has so far proven to be a great suppressor of voices of dissent and voices for the rights of the minority; on the other hand it has been absolutely ineffective in curbing the tide of militancy and hate crime.

Harassed, ostracized, and made outcastes as “kafir” (infidels), the Community has been suffering incessantly at the hands of fundamentalist groups who vowed to wipe out all Ahmadis from Pakistan. Since 1974, when Ahmadis were declared non-Muslims, Pakistan has witnessed a systematic cleansing, and a political, social, and economic ostracization of Ahmadis.

The impunity afforded to those who enforce radical Islamic ideologies only serves to encourage the spread of prejudices driving the rampant violence and religious extremism that is consuming Pakistan today. It is incumbent upon the State of Pakistan to ensure the security of the country’s religious minorities from injustice and attacks by militants. The State must wake up to the fact that a fractured society cannot prosper. A State that is unjust and biased against its marginalized and vulnerable shall forever remain divided.