The ferocious conditions of torture in Pakistan where torture has become endemic.According to AHRC survey 80% prisoners were tortured in police custody, while 72% failed to report the same fearing repercussions. As many as 44% of the prisoners were sexually abused in detention.

According to a study conducted by the Asian Human Rights Commission, 80% prisoners were tortured in police custody, while 72% failed to report the same fearing repercussions. As many as 44% of the prisoners were sexually abused in detention.

Please see the link of video; 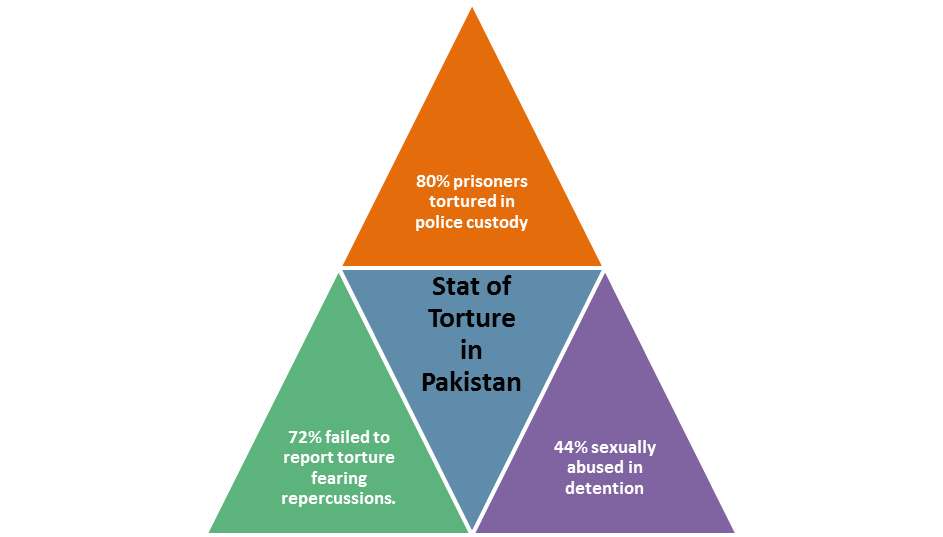 The custodial torture is, at present, treated as an inevitable part of crime investigation. The investigators retain the wrong notion that if enough pressure is applied the accused will confess.

The appalling situation is that even the Police Order 2002, aimed at reforming the Police Department, has failed to bring about positive changes in the attitudes of officers, and the police have failed to develop a citizen-friendly image over the years.

Many retired and serving police and law enforcement officials confess that torture is rampant in police stations and is used as a tool to gather evidence with impunity. Despite torture being common knowledge, little to no effort is being made to curb the culture of torture in police stations.

The pathetic situation of policing and investigation in custody is very well mentioned in the animated video, please watch by clicking this link;