Home / News / WORLD: Neuroweapons; Inside Story of the US mind control project

WORLD: Neuroweapons; Inside Story of the US mind control project

Last week the US National Institutes of Health ( NIH) issued an report titled, “Interim Report: Brain Research through Advancing Innovative Neurotechnologies (BRAIN) working group.” The report has extensively examined President Barack Obama’s brain project, which mentions the need to develop electromagnetic modulation as a new technology for brain circuit manipulation. In the meantime, the weekend edition of the Guardian newspaper in London published an article which explains that brain drugs will likely be replaced by brain circuit manipulation; this is a huge change from drug research to brain circuit research which is now heavily funded and taking off. 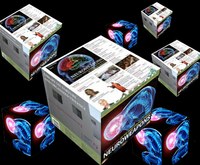 “New technologies such as optogenetics suggest that even finer control of brain circuits may be possible,” Vaughan Bell, who is a clinical psychologist and visiting researcher at the Institute of Psychiatry, King’s College London, pointed in her article in the Guardian.

“While deep brain stimulation involves stimulating the brain with electrical currents, optogenetics involves injecting neurons with a benign virus that contains the genetic information for light-sensitive proteins. The brain cells then become light sensitive themselves and their activity can be controlled with millisecond flashes of light sent through embedded fibre optic cables. Until now, this has only been demonstrated in animals but there are high hopes that it could lead to precisely controlled treatments in humans that intervene only in carefully selected brain circuits,” she examined.

The Interim Report of NIH on the other hand carefully highlighted that “directly activating and inhibiting populations of neurons, neuroscience is progressing from observation to causation, and much more is possible. To enable the immense potential of circuit manipulation, a new generation of tools for optogenetics, pharmacogenetics, and biochemical and electromagnetic modulation should be developed for use in animals and eventually in human patients. Emphasis should be placed on achieving modulation of circuits in patterns that mimic natural activity.”

The threat is real. The NIH Interim Report is another of many indications that brain technology for neuroweapons is scientifically possible. Additionally, some say such technologies have been used systematically against select people in various jurisdictions. Many definitions on certain precedures and practices have to be revisited due to the many legal loop holes that allow for real criminals to commit illegal activities.

Our latest issue of Torture: Asian and Global Perspectives (Volume 02, Number 2 & 3) features as its main story, the inside story of a US mind control project. Ms. Cheryl Welsh, who is the director of a small human rights organization in the US, has been examining, on an in-depth level, this issue, exclusively for us. It is a privilege for us to present her long term research paper and we believe this will be a worthy contribution to a larger, critical debate on the use of neuroweapons. Currently, the dialectic on the new neuroscience programs is extremely one sided and lacking in an awareness of the likelihood of neuroweapons; there is a great need for a more balanced dialogue on a global level in the future as well.

Contents of the latest Issue of, Torture: Asian and Global Perspectives

WHY TORTURE IS WRONG
Nora Sveaass

ITALY: THE FARCE OF FASCISM – written by Liliana Corrieri

USA: TORTURE IN THE CIVIL WAR – written by  Meredith McBride

ARROW ON THE DOORPOST
Ron Jacob

THE CORRECTIONIST
by Binoy Kampmark

GROUND REPORT: USE OF CHEMICAL WEAPONS

DRAMATIZING THE US TORTURE PROGRAM – written by Karen Malpede

WHAT DID THEY DO? – written by David C. Brotherton

THE PROBLEM WITH
U.S. PRISONS – written by Ed Mead

Narrative of Justice in Sri Lanka: told through stories of torture victims
Edited by Basil Fernando

Download the PDF version of the latest issue here.

« PAKISTAN: A female human rights defender is brutally murdered and the police attempt to pass it off as an honour killing

PAKISTAN: AHRC lauds the efforts of the Pakistani Embassy in Saudi Arabia to save the lives of persons awaiting beheading »