Universal Children’s Day was observed in the country as a formality, while at the same time, millions of children are denied their basic rights. Despite the Constitutional obligation, enunciated under the Policy Principle, the State is ignoring its duty of care for 53 percent of its population below the age of 18. 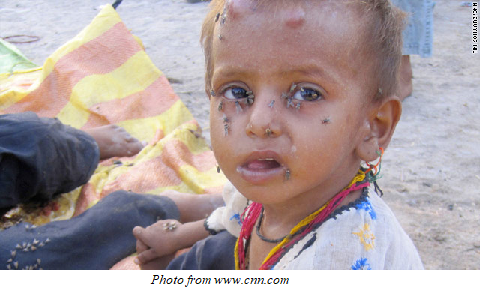 The preliminary results from a recent National Census, shows that the population has grown by 57 %, reaching the 207.7 million mark. This makes Pakistan the fifth most populated nation in the world. It is also fifth among countries with the largest youth population, with an astounding birth rate of 29.8 births /1,000 population. In the Children’s Right Index, Pakistan ranks 159 out of 196 countries in the world in terms of child mortality, health and education facilities and protection of rights of the child.

Almost 24% of its population lives below the poverty line. Consequentially it affects women and children exponentially. It forces them into hard labour and deprivation of basic amenities such as, food, education and health facilities. Several Government Reports show the harrowing statistic demanding the immediate attention of the State. According to official figures, nearly 40 million children in Pakistan are living below the poverty line and are in dire need of protection.

According to media reports from January to June 2017, as many as 1,764 children were sexually abused in Pakistan. It means that approximately 10 children are raped each day in Pakistan.
The disturbing incidents of child sexual abuse have not decreased; rather they are increasing in frequency. For instance on October 31, 2017, a 16-year girl was paraded naked on the orders of the Jirga in DI Khan Area of Khyber Pakhtunkhuwa province. She was made to suffer this torture as “punishment” – because her brother had been in a relationship with a girl.

According to UNICEF, close to one child in six dies before the age of five in Pakistan. The nutritional status of children is very poor: 35% of them are underweight; more than 50% suffer from stunted growth, and around 9% from emaciation. Daily, some 1,100 Pakistani children under five years of age, die from diarrhea and illnesses related to poor water, sanitation, and hygiene.

More than 190 children have died and 22,000 have been hospitalized in the Tharparkar District in 2016 due to prevailing conditions in the area. State inaction to prevent deaths has actually caused many more deaths in Tharparkar. Here, malnutrition exceeds emergency thresholds. Rates of severe, acute malnutrition (SAM) are particularly high. With the national average of 5.8%, Pakistan is second only to India in contributing to the global burden of SAM. The majority of SAM cases are under 24 months of age. They die before reaching the age of five.

Cases of polio are now being frequently reported in the country. In particular, from the KPK region in the remote parts of the Province, where children are not vaccinated due to lack of proper health infrastructure. Unfortunately, Pakistan is among the last three nations to have failed to abolish Polio and is frequently blamed for spreading the disease.
.
Right to Education:

The Constitution, under the Policy Principle is to provide free education and rid the country of illiteracy. However, only 30% of children continue to be enrolled in classes 1-10.

From the Pakistan Education Statistics we see as many as 44% of children between the ages of five and 16 still out of school. This calls for a STATE OF EDUCATION EMERGENCY in the country.

A female education crisis has been exacerbated over previous years. Militant groups began campaigns targeting girls’ schools. This has only further discouraged families from sending their daughters to school. The effects of this are seen today in the province of KPK. Here, the insurgency was the strongest. In addition, consistent Governmental failure to prioritize or overcome barriers restricting female education, have created a dire situation in the Province.

In Pakistan, a young person under 18 years of age cannot vote, drive a car, buy property in his name or have a CNIC issued, BUT– they can legally marry. It defies common sense that a young person who cannot be entrusted to participate in the ordinary socio-economic aspects of life, be allowed or forced to enter into a marriage contract.

Ironically, the Senate chose to mark the United Nations International Day of the Girl Child by rejecting a bill that would have raised the minimum age for girls to marry from 16 to 18. The grounds for rejection were that the proposed amendment was “contrary to religious injunctions” according to the Senate Standing Committee on the Interior.

The UN Children’s Fund states that 21 % of Pakistani girls are married by the age of 18, and 3 % before 15. The Pakistani Courts often interpret Sharia (Islamic law) instead, which allows any girl who has gone through puberty to marry. The Pakistani Government needs to prohibit underage marriage, and remove the confusion between religious interpretations and Federal and Provincial Laws.

In the year 2000, Pakistan created the Juvenile Justice System Ordinance (JJSO) with the intention of creating an independent justice system adapted to minors. However, it is a fact that children are neither protected nor separated from adults during their stay in prison. The enforceability of a juvenile justice framework is hardly ever considered in judicial proceedings. Perpetrators of violence against children go scot free, particularly if the victim belongs to a lower economic stratum.

Given the lack of legislation penalizing employment of underage domestic helpers, influential employers take advantage of peoples’ poverty. They get away even with murder, by paying the aggrieved family ‘hush money’. The practice of paying ‘hush money’ as compensation is particularly prevalent in Punjab, where most cases of abuse occur. Urban areas are particularly notorious for the practice.

Recently a Member of the Provincial Assembly (MPA) from the ruling Muslim League, was acquitted of all charges of murder of a teenage Domestic Helper. The parents of the child and accused party managed to reach a compromise. The Akbari Gate Police had booked MPA Ms. Fauzia for killing the domestic worker Akhtar and torturing his sister.

Government figures from the Child Protection and Welfare Bureau (CPWB), state that from 2015 to 2016, as many as 73 children have been rescued from brutal violence in homes where they were working. NO abuser has ever been given even a minor punishment.

The incidents of violence against children is a big question mark against the Rule of Law in the country. It is the responsibility of the Courts to levy correct punishments on those accused. Compromises in cases of murder of underage children should not be allowed.

Though Medical evidence is against the accused in almost all cases, yet these are overlooked by the Lower Courts.

Article 11(3), Article 25(A) and Article 37(e) make provisions against child labour. However, due to lack of framework and non-enforceability of the existing legislation, child labour and employment of children in hazardous occupations continues unabated and unchecked.

In 2016, the Federal Bureau of Statistics released the results of its survey funded by ILO’s IPEC (International Program on the Elimination of Child Labour). The findings follow: 3.8 million children in the age group of 5-14 years are working in Pakistan out of total 40 million children; 50 % of these economically active children are in the age group of 5 to 9 years. Of these 3.8 million economically active children, 2.7 million were claimed to be working in the agricultural sector. Two million and four hundred thousand (73%) of them were said to be boys.

According to Employment of Children Act 1991 a “child” is categorized as a person below 14 years of age and an “adolescent” is below 18 years of age. The Constitution of Pakistan also regards the minimum work age as 14 years. However, the 18th Amendment has actually raised the minimum age up to 16 years without amending the labour laws. This has increased the contradiction. Article 25(A) of the Constitution says that the State now has to provide compulsory education for all children between the ages of five and sixteen years. This means that a child cannot be allowed to work before 16 years of age.

There are certain exceptions to this Law. It says clearly that no child may be employed in any occupation which is hazardous for children except the family business or in any (training) school established, assisted and recognized by the Government.

There are no official statistics available on the number of underage Domestic Helpers currently employed or economically active in the country. The last National Child Labour Survey was conducted in 1996 which estimated the number to be 3.3 million. The only statistics available are from SPRC. According to the organization’s 2015 Annual Report, there are 264,000 underage Domestic Workers facing cruel and unsafe working environments.

The Provinces should set up an effective, Awareness Campaign for the protection of children and introduce new legislation to protect our children and other vulnerable groups.