Home / News / PAKISTAN: September 7; One of the Darkest days in the History of Pakistan

PAKISTAN: September 7; One of the Darkest days in the History of Pakistan

The 7th September is one of the darkest days in the history of Pakistan when religion was firmly inducted to be the basis of the state affairs. This laid the foundation of unprecedented discrimination, abhorrence and violence against other religions, other sects or other interpretations of religion that did not conform the religious interpretations of the perpetrators of this change. 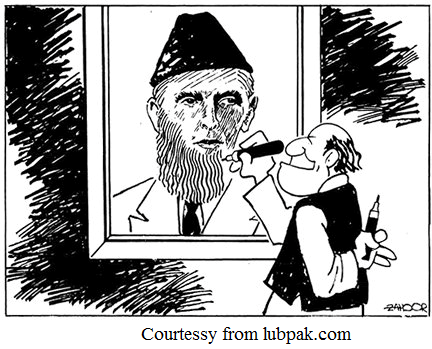 42 years ago, in 1974, on this day the Second Amendment to the Constitution of Pakistan was passed whereby the Ahmadis, the followers of Ahmadi sect, were declared to be non-Muslims in Pakistan. By virtue of the amendment the State has been given arbitrary powers to determine who is a Muslim and who is not. Instead of providing the right of freedom of religion and faith to its citizens, this was a systematic and conscious design to curb human rights and freedom of religious beliefs.

As a result of this change the influence of fundamentalist forces to run the state affairs and how people should follow their beliefs reached to unprecedented levels. The zeal and the fervour with which Youm-e-Khatam e Nabuwat (The Day of Finality of Prophet hood), marked on September 7, is celebrated is a manifestation of the fundamentalist mind-set so prevalent in the country.

The amendment opened a Pandora box of religious intolerance and extremism in the country when in 1974, Majlis-e-Ahrar-e-Islam and Jamaat-e-Islami began a fierce campaign against Ahmadis in Pakistan. The Saudi King at the time, King Faisal bin As-Saud then pressured Pakistan to criminalize all religious practices of Ahmadis where they referred to themselves as Muslims or behaved like one. Under this Saudi pressure, as well as to appease the two religious groups, Pakistan’s parliament adopted a new law that declared Ahmadis as non-Muslims

A further blow to the freedom of religion came when a military dictator, General Zia-ul-Haq, made another anti-Ahmadiyya amendment in the Constitution of Pakistan which restricted the freedom of religion for Ahmadis. According to this law, Ahmadis cannot call themselves Muslim or “pose as Muslims” which is punishable by three years in prison. The combination of Ordinance XX and the 1974 amendment gave full rights to the state to decide who was a Muslim, and who was not.

The amendment irreversibly damaged the moral and social fabric of the society tarnishing its image as a secular republic. As a result, the clergy become so powerful to practically dictate the state. The military-mullah nexus proved to be a harbinger of self-destruction one witnesses in the country nowadays. The vulnerable groups particularly minority and women suffer incessantly due to the increasing intolerance set in motion by the amendment.

As a result of this amendment the state has been reduced to a theocratic state where might is right and rule of law is nonexistent. Blasphemy law has further eroded the structure of state giving complete impunity to religious fundamentalists to do as they please. The constitutional guarantees are completely disregarded and state does little to exert control over unscrupulous elements interfering with the writ of the state.

When Pakistan was being formed in 1947, its population of non-Muslims was 23%, today there are between 3%-4% non-Muslims left in the state due to restrictive, repressive and discriminatory policies of the state. For example, an Ahmadi citizen cannot get a passport or ID card unless he signs a document renouncing his religious beliefs. Every time an Ahmadi approaches NADRA to get a passport or ID card he is handed a document to sign where he has to declare that whatever he believed in was incorrect and false. This act of the state in itself is the direct violation of article 12 of the constitution.

The hate speech in Pakistani media against the religious minorities particularly the Ahmadis largely goes unnoticed by the Pakistan Electronic Media Regulatory Authority (PEMRA). The trend of violence is deliberately allowed to spiral out of control, making it difficult for the beleaguered religious minority community to live in Pakistan. Posters and banners for the various anti-Ahmadi conferences are regularly put up across many cities in Pakistan, particularly on the backs of rickshaws.

The investigation and prosecution are non-existent when it comes to the murder of a member of a religious minority because the State is prejudiced and biased against the community. The besieged community is left high and dry; even the judiciary maintains a deafening silence on the injustices. Fearing a backlash from fundamentalists, no judge dares to speak in defense of an Ahmadi. Religious sentiments are allowed to colour the State policies so much so that the minorities, particularly Ahmadis; no longer feel safe in the country.

The failure of the State is not only in failing to provide protection to religious minority groups, but it is also in providing patronage to such killings by not investigating the atrocities. The personnel in the police and other law enforcement agencies are themselves so biased that they avoid investigating Ahmadi murders.

According to the Jinnah Institute of Pakistan in a report titled State of Religious Freedom in Pakistan 2015, stated that, during the period 2012-2015, at least 543 incidents of violence were carried out against religious minorities in Pakistan. 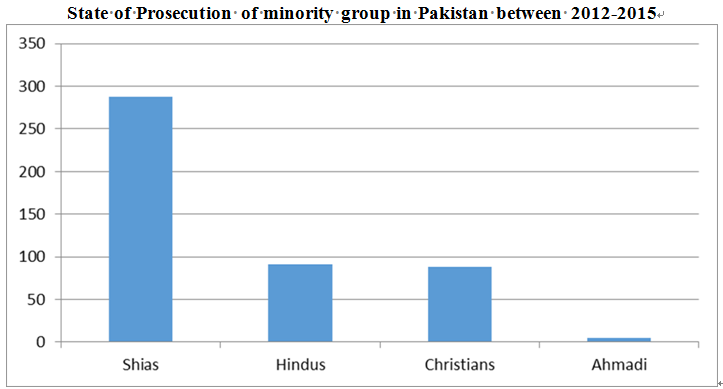 According to the Annual Report, 2015, of the United States Commission on International Religious Freedom(USCIRF), between July 2013 and June 2014, 122 incidents of sectarian violence occurred in Pakistan, resulting in more than 1,200 casualties, including 430 fatalities. The report, noted, “Pakistan represents one of the worst situations in the world for religious freedom for countries not currently designated by the U.S. government as ‘countries of particular concern’. Pakistan continued to experience chronic sectarian violence targeting Shi’a Muslims, Christians, Ahmadi Muslims, and Hindus.”

In 1954 prior to the promulgation of the amendment an anti-Ahmadi laws riot took place in Lahore killing dozens compelling the administration to impose martial law. An enquiry committee was formulated to look into the causes and circumstances of the case the report is known as Justice Munir report or “Munir-Kiyani report” The report stated that

“If there is one thing which has been conclusively demonstrated in this inquiry, it is that provided you can persuade the masses to believe that something they are asked to do is religiously right or enjoined by religion, you can set them to any course of action, regardless of all considerations of discipline, loyalty, decency, morality or civic sense.” [4]

The report also extensively looked into the quintessential question of who is Muslim, as per the report “What is Islam and who is a Momin or a pure Muslim? We put this question to the ulema (Islamic scholars), and we shall presently refer to their answers to this question. But we cannot refrain from saying here that it was a matter of infinite regret to us that the ulema whose first duty should be to have settled views on this subject, were hopelessly disagreed among themselves.”

The report also hinted at the undesirability of the confluence of religion and state in Pakistan even for the purpose of binding its disparate ethnic elements together. Despite being a land mark report on the issue of religious minorities in Pakistan the report has been condemned by the ulema as a biased work.

The Asian Human Rights Commission (AHRC) condemns every form of religious prejudice and bigotry and demands the state to review and repeal the blasphemy law that is inherently flawed and a source of miscarriage of justice, and infringing upon the rights of religious minorities in Pakistan and a gross violation of fundamental and universal human right of freedom of religion and belief.

« INDIA: A democracy that discriminates and disgraces citizens even in death