PAKISTAN: A Sea of Forced Conversions Floods the country 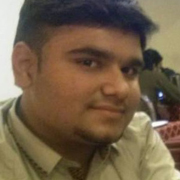 Pakistan has long been fighting a battle of identity. The objective resolution inserted into the Constitution made Pakistan an Islamic Republic, leaving religious minorities lesser citizens. At the time of its formation, its founding fathers had envisaged a free State where each minority group would have the right to profess their faith without fear of persecution. Unfortunately, soon after its formation, religious parties purporting to be guardians of Islam hijacked the State of Pakistan. And, today the results are for all to see. The attack on minorities and forced conversions are on a dramatic upswing resulting in mass exodus of minorities, particularly the Hindu community.

On 19 June 2015, BBC Urdu reported the forced conversion of a 15-year-old Hindu boy who was abducted from home and forcibly converted by a local religious leader. According to the report, Pawan Kumar, son of Gopal Daas, of Tando Allah Yaar, Sindh District, went to play cricket with his friend on 15 June 2015 and did not return. When the family tried to contact him, they found his phone was switched off.

Later, that same night, the family received a call from Pawan, who said that he had been abducted. Pawan’s family immediately reported the incident to the police. Upon investigation, Pawan’s whereabouts were traced to the seminary of Mir Ayub Jaan Sirhandi, a religious leader at Umerkot Samaro in Sindh District. The next day, the family heard about the news of Pawan’s conversion to Islam from the ticker on the local TV channel.

Mir Ayube Jan Sarhandi is an influential man in the province with strong connections with government officials.  He and his seminary are notorious for the abduction of young Hindus, particularly girls, and converting them to Islam. (See an Urgent Appeal here).

The family is running from pillar to post to recover their son. They say that it is clearly an act of abduction. Despite repeated requests they have not been allowed to meet or talk to him. The police, in connivance with the Mir Sarhandi, have not registered the case so far. Despite the Deputy Superintendent of Police (DSP) Tando Allah Yaar being aware of the incident, the police are yet to take cognizance.

According to the DSP, Mir Sirhandi has admitted that the boy is in his custody and that Pawan has testified under oath before a judicial magistrate under Section 166 of the Pakistan Penal Code. It is pertinent to note that the testimony of an underage juvenile cannot be recorded under the said section. However, the DSP of Tando Allah Yaar has taken no action, leaving the family in the lurch.

According to a BBC report, the judicial officer of Umer Kot has recorded the statement of Pawan Kumar under Section 164 of Pakistan Penal Code (PPC). The actions of the Magistrate – who recorded Pawan’s statement, knowing that he is a minor – is another example of the failure of the Judiciary to uphold religious freedom in Pakistan.

In a number of such cases of forced conversion, the Judiciary has failed to protect the interests of the minorities. In the case of Rinkle Kumari, the Supreme Court judge congratulated the perpetrator of forced marriage and termed the actions as a great service to Islam. (Read more here and here).

The Constitution and other law and policies officially restrict religious freedom in Pakistan. The government’s limited capacity and will to investigate or prosecute perpetrators of forced conversion is further promoting intolerance. Each year, there are several reports of societal abuses or discrimination based on religious affiliation, belief, or practice, a trend that is on the upswing.

The Hindu minority constitutes almost 1.8% of the country’s population (1998 Census). A majority of Hindus live in the southern Province of Sindh and the southwestern part of Baluchistan Province. Due to rise in cases of abduction for ransom, forced conversion to Islam, attack on places of worship and houses, displacement, accusation of blasphemy and general persecution by the Muslim seminaries, there is a mass exodus of Hindus from Pakistan. Hindu women and girls are more susceptible to being forcibly converted and married to Muslim men.

Constitutional provisions restricting religious freedom have gained strength over the decades. For example, in 1956 the Constitution of Pakistan was comparatively liberal, secular, and pluralistic. Any citizen from any sect or professing any religion could hold the Office of the Prime Minister.â€‹ However, in 1962 by virtue of an Amendment, Pakistan was renamed an “Islamic Republic”, though at this time it still offered citizens and religious minorities equal protection under the law. However, a major change came about in the year 1973, when a more stringent and overtly Islamic Constitution was crafted, which declared Islam as the State religion. The offices of both the President and Prime Minister were reserved for Muslims only.â€‹ The Constitution required all laws of the land to be consistent with the teaching of Islam, guaranteeing freedom to profess religious belief and faith “subject to law, public order and morality”, which created a legal mire for the freedom of religion. The 1973 Amendments set the country on the path of unequivocal division along religious and sectarian lines. The legal implications have been a fanning of religious extremism and encouragement of violence against minorities.

Though the Constitution, in its current form, guarantees freedom of religion to its minorities, this does not reflect in the moral or societal fabric of Pakistan. Article 20 of the Constitution states that “subject to law, public order and morality: (a) every citizen shall have the right to profess, practice and propagate his religion; and (b) every religious denomination and every sect thereof shall have the right to establish, maintain and manage its religious institutions.”

The right, as enshrined under Article 18 of the ICCPR reads as following, in full:

Pakistan is a State party to the UN Convention on the Rights of the Child and has adjusted its legal framework accordingly. Pawan Kumar’s presence and alleged captivity at the Madrassa against the wishes of his parents is therefore illegal from this angle as well.

The Convention on the Rights of the Child covers the protection of children of religion minorities. In Article 30 of this Convention it states that children “shall not be denied the right, in community with other members of his or her group, to enjoy his or her own culture, to profess and practice his or her own religion, or to use his or her own language.”

Being the signatory to the ICCPR, it is obligatory for the state to ensure that minorities are afforded rights unconditionally. The marginalized and beleaguered communities need to be safeguarded against extremist and religious fanatics who are extremely intolerant. Interfaith harmony should be practiced and encouraged.

The government must immediately act and ensure the safe recovery of Pawan Kuman from the illegal custody of the Pir Jan Sarhandi, who is running his seminary to abduct the Hindus and forcibly converting them to Islam. The legal action must be taken against the judicial officer of Umer Kot who recorded the statement of a minor under 164 of PPC illegally and is using his judicial position to provide support to forcibly convert minors to Islam. The government must uphold the rights of the religious minority groups in Pakistan.

Please also see the following links about the forced conversion to Islam by the seminaries: