Home / News / PAKISTAN: A second human rights defender is assassinated within two months from the same organization and area

PAKISTAN: A second human rights defender is assassinated within two months from the same organization and area 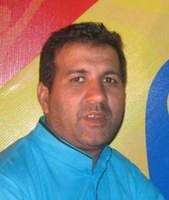 On May 13 a well known human rights defender, social activist and educationist was assassinated, allegedly by religious extremists suspected to be members of the Taliban. Mr. Abdul Waheed Khan 35, was running a school, the Naunehal Academy under the Bright Educational Society, in the Qasba Colony Karachi. It is a co-educational school — for girls and boys. He was also running a pharmacy providing free medicines to the poor and started the Bright Educational Society in the late 1990s when he was young.

He was shot dead by three men in front of his house when he was with his one-year-old daughter and his brother. The killers also threw a powerful and loud fire cracker at his body after killing him so that people would not chase them. The suspects also injured his daughter, Pareesha and his elder brother Naseeb Taj. The brother’s condition is said to be critical. One year before, his elder brother, Mujeeb, and Abdul Waheed’s close associate were shot and injured as they refused to stop the modern education provided to the girls and boys. Abdul Waheed had been under threat for more than a year. He had been intending to shift his place of residence because of continuous threats from the Taliban and announcements against him from different mosques. His colleagues who are running the education program are also under threat.

This was the second attack on a human rights defender within two months and both victims were from the same area and organisation, the Orangi Pilot Project (OPP). Ms. Perveen Rehman the Executive Director of OPP was assassinated by unknown gunmen on March 13 and Abdul Waheed Khan was also the local president of OPP from the Islamia Colony, Qasba, and lived in the same vicinity.

Abdul Waheed was bringing modern education to young people in the urban poor localities of Pakistan. His education centre was very popular in the slum area of Karachi where a sizeable number of the inhabitants migrated from the Northern parts of the country for better job opportunities. Few of them had sufficient income to educate their children. The Taliban have virtually taken over the whole area where Pathans reside. They are Pushto speaking people living around a mountain and the sewerage nullahs (open drains) with no housing facilities.

In 2009 Abdul Waheed and his associates started a project for reforming the Madressas’s (Muslim seminaries) education system which were in good numbers in the slum or low income areas. This initiative has disturbed not only the fundamentalists but also the authorities who wanted the Madressas to flourish so that the budget allocations for the education, health and welfare of the children could be taken as corruption.  His reform project was very successful and mosques and Madressas were announcing through their loudspeakers that the project is funded by the USA and the West. Besides education he was also working to provide free medicines to the poor. He and his organisation conducted very accurate land surveys of the areas which helped the OPP to work and develop sewage systems. Such programmes infuriated the land grabbers and revenue authorities who made a nexus with the Taliban to stop such activities.

He was very good planner and able to mobilise the people and in the late 1990s he organised the youth in the area and launched educational activities. His group was providing help to the victims of human rights abuses and gave the poor people the strength to resist the police atrocities.

The human rights defenders remain prey to the authorities, particularly from the military run intelligence agencies, police, land grabbers and Muslim fundamentalists and other powerful groups in Pakistan. Every year many human rights defenders are killed and many remain under threat. At the same time every year 15 to 20 journalists are killed or shot dead by unidentified perpetrators. In every such killing the police file cases against ‘unknown’ persons who always remain ‘unknown’ as no killer of a human rights defender or journalist is ever caught or prosecuted. The authorities in the country enjoy the use of word ‘unknown’ which helps them to get impunity through the law. In many cases, like that of Abdul Waheed, the police and government know very well who are involved in the target killing but they use ‘unknown’ as a shield for their protection and inability to actually arrest the real villains.

In Balochistan, every year more than 100 human right defenders are arrested by ‘unknown’ persons and after some time they are extrajudicially killed and their bodies are found on the road sides. The government, the judiciary and police are well informed by the family members of the victims that they were arrested by persons from the state intelligence agencies and police but still the killers remain ‘unknown’.

The Asian Human Rights Commission calls upon the government of Pakistan to design and create a mechanism for the protection of human rights defenders and form legislation in this regard. The government must act quickly to arrest the assassins who killed Abdul Waheed Khan as it is believed that they live in the same vicinity, which is under the control of the Taliban, as they came on foot and escaped with ease.

Compensation must be paid to the family of Abdul Waheed Khan and the educational activities along with reforms in Madressas which were initiated by him and his group must be continued under official patronage. It is the responsibility of the government to ensure that Abdul Waheed Khan’s death will not be in vain.

SRI LANKA: A radical abdication of the court’s authority – a blow to the separation of powers  »