Human rights defenders are continually being made targets of abduction in Bangladesh, actions that are symptomatic of a kind of insanity. Yesterday (May 15,2014 ), Mr. Md. Nur Khan (Liton), a prominent human rights defender narrowly escaped being abducted. A group of men in plain clothes attempted to abduct Mr. Nur, who works as Director (Investigation) of Ain O Salish Kendra (ASK), a reputed Dhaka-based human rights organization. 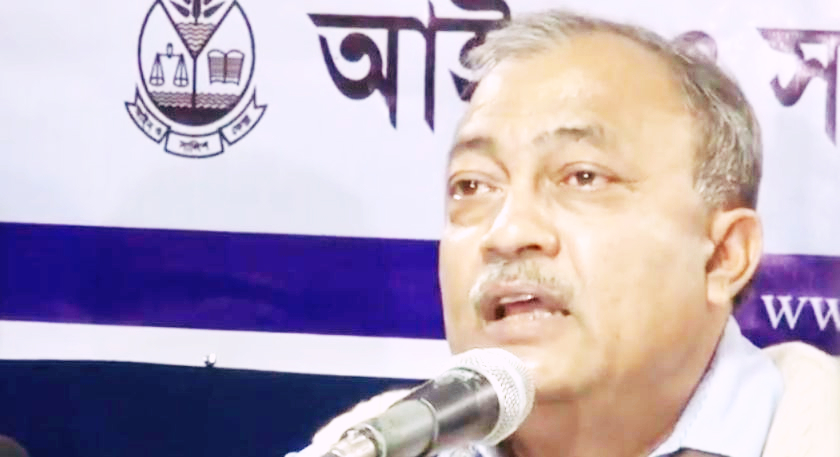 The Asian Human Rights Commission (AHRC) has learned about this attempted abduction speaking to Mr. Nur Khan himself. Over telephone, last night, Mr. Nur said that, yesterday (15 May 2014) at 5:05 p.m., he was leaving the ASK office, located at 7/17, Block-B, Lalmatia, Dhaka. He saw a white microbus stationed a few yards away from his office. When he hired a rickshaw to head home, the same microbus began following his rickshaw. By the time Nur’s rickshaw has traversed around 30 yards from the ASK office, the microbus overtook his rickshaw and swerved to block its path. Mr. Nur reacted in an instant, realizing what was happening. He immediately, stepped out of the rickshaw and rushed back to his office.

Mr. Nur noticed that the microbus was carrying around 7 men in plain clothes. They appeared to be aged between 28 and 32. Nur suspects these men were members of some law-enforcement agency. In response to a question, Mr. Nur told the AHRC that security guards and car drivers of ASK had been facing queries about Mr. Nur Khan from men in plain clothes in recent days.

The Asian Human Rights Commission is aware that Mr. Nur Khan has been consistently critical about enforced disappearance, extrajudicial executions, and other kinds of gross human rights abuses that are flourishing in Bangladesh. His interviews and comments about human rights abuse are published in the media frequently.

The AHRC asserts that not a single case of abduction, disappearance, or extrajudicial execution in Bangladesh has been credibly investigated (for details, see: BANGLADESH: Chains of Corruption Strangle Nation).

That law-enforcement agencies have avoided conducting such investigations like the plague is something that indicates that agents of the state, and non-state agents guaranteed impunity, have been committing these heinous crimes. Human rights defenders, those actively engaged in exposing facts and aiding victims of rights abuse, are being mauled by rabid forces of the state. Today, nobody feels safe within the territory of Bangladesh.

The reality suggests that public anger may soon turn into a people’s uprising. This will be a result of the government’s utter failure in bringing an end to the ongoing spree of abduction, followed by disappearance, and extrajudicial execution. Abductions represent a state gone mad. Bangladesh might want to consider the side of sanity, before it is too late.

« PAKISTAN: In a mockery of the blasphemy law 68 lawyers were charged for challenging the authority of the police

SRI LANKA: A man is thrown into a barrel with a cobra and left to die »