On 8 May 2015 the Myanmar National Human Rights Commission issued a short statement (No. 5/2015) to the effect that two soldiers accused of involvement in the killing of freelance journalist Ko Par Gyi on 4 October 2014 have been acquitted of any crime by a summary court martial. The statement explained that the men, Lance Corporal Kyaw Kyaw Aung and Private Naing Lin Tun of Light Infantry Battalion 210 had been tried and acquitted under section 71 of the Defence Services Act, concerning the trial of civil offences in military court, and Penal Code section 304, culpable homicide. No further information was provided, presumably since the information would have been delivered in this form to the MNHRC by the army. 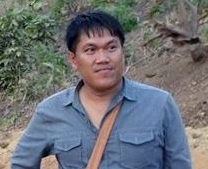 At the same time as the MNHRC made this announcement, a death inquest is underway into the killing of Ko Par Gyi, also known as Ko Aung Naing, on which the Asian Human Rights Commission has previously issued an urgent appeal (AHRC-UAC-145-2014). The inquest, begun in the Kyaikmayaw Township Court on 30 March 2015, follows Ko Par Gyi’s exhumation on 5 November 2014, medical examinations and an on-the-ground inquiry by the MNHRC—the first of its kind—at the urging of the country’s president. The inquest began without the wife of the victim or her lawyers being notified, and it was only after a number of hearings that they were able to attend the inquest.

What the MNHRC inquiry report of 2 December 2014 showed is that the facts of the case as set out by the army simply do not add up. Those facts now on record and largely beyond dispute include:

1. EXTRAJUDICIAL ABDUCTION: The army extrajudicially abducted the victim from Kyaikmayaw town where he was taken into custody by a joint military-police team, and where he ought to have been transferred to a police station for investigation and detention if deemed necessary.

2. FAILURE TO KEEP RECORDS: The police and other relevant authorities failed to keep records of the apprehension and detention of the victim, or make any further inquiries once he was in army custody.

3. EXTRAJUDICIAL DETENTION, KILLING: The army killed the victim at a site of extrajudicial detention outside of a rural village, and disposed of his body within a couple of hours of his death by burying it in a shallow unmarked grave in scrubland nearby the site of the killing.

4. FAILURE TO NOTIFY OF KILLING: The army, police and other authorities failed to notify the family of the killing even though the wife of the victim came to Kyaikmayaw town, lodged a missing person complaint, and met army officers and local officials some two weeks after his death.

5. FALSIFIED ACCUSATIONS AGAINST VICTIM: On October 24, the defence ministry issued a short statement announcing the death of the victim by way of a false accusation that he was a member of an anti-government armed group: an accusation now shown to have been groundless.

The MNHRC report indicates that the official account of events is at practically every point riddled with inconsistencies and evidence of efforts to cover up the crime. But what the report fails to make explicit—and what it participates in covering up—in the extent of the crimes and involvement of military personnel.

According to witnesses present at the exhumation, Ko Par Gyi’s corpse showed evidence of torture: including knife cuts to the chest, and scars indicating that a roller had been run up and down his shins under pressure—a commonly used torture technique in Myanmar (Burma). That the medical reports cited by the MNHRC failed to reveal these facts is unsurprising, given that doctors are often under pressure to connive with military or police personnel to produce falsified accounts of deaths in custody: the Asian Human Rights Commission has in recent years issued appeals on many such cases.

Furthermore, according to the wife of the victim and lawyers, at least one medical professional admitted verbally that the facts of the death were not as recorded in writing, and that Ko Par Gyi appears to have been killed by a pistol shot from under his jaw, rather than by rifle shots as he attempted to grab a weapon and flee—as the official account has it. In Myanmar, pistols are issued to commissioned personnel, and therefore, the suspicion among his family and friends is that he was executed by an officer; not shot in a melee with his guards.

Although these last points are conjectural, they cannot be investigated, examined and established without a thorough, trustworthy, civilian-led inquiry following the death inquest currently underway in the Kyaikmayaw Township Court. But we may now very well ask, what is the point of the death inquest when the army has already exonerated its personnel of wrongdoing via a court martial to which civilians were not privy and about which they knew nothing until it was already completed? What is the purpose of the court martial other than to foreclose calls for justice and pre-empt the findings of the civilian court with a definitive statement from the army that it is not responsible.

The justification for the holding of the court martial, according to the MNHRC statement, was that the soldiers responsible for the killing were on active service and therefore under section 72 of the Defence Services Act the case fails within military jurisdiction. However, the fact of the matter is that in Myanmar the military interprets the ambit of active service so broadly as to prevent civilian inquiry into the actions of soldiers however, whenever and wherever it chooses.

The AHRC in 2014 issued an update on the case of three soldiers who absconded from their base near a town in the country’s centre to murder, attempt to murder and rob a young couple out for an evening stroll on a riverbank (AHRC-UAU-015-2014). In that case too the army removed the accused to its base and despite public protests and demands for justice from the local community—and the willingness of the police to bring charges in civilian court—the matter was foreclosed by a court martial that reportedly found the men guilty of a minor offence for which they were subjected to military discipline. The families of the victims heard nothing further.

In other cases also where army personnel have been accused of crimes against civilians in Myanmar it has been the rule, rather than the exception, that the army deals with the men involved by itself and the opportunities for civilian authorities to intervene have been few and far between.

Ko Par Gyi’s case represents an opportunity to establish a precedent and draw some kind of line on the impunity of the army established under successive generations of military officers holding the top posts of government in Myanmar, because for the first time we have seen extensive civilian involvement in the efforts to recover the body of someone killed by the army while in its custody, and establish the basic facts of what happened.

The MNHRC report into the killing, for all its flaws, in its paragraph 52 recommended unequivocally that, “for attainment of the fundamental rights of the citizens and also for transparency in the eyes of the public, this case should be tried in a civil court”. Nevertheless, the army has proceeded with its usual mode of operation and without making it known to any of the affected persons, without transparency or basic decency, excused its personnel of wrongdoing.

The implications of Ko Par Gyi’s case go far beyond the question of justice for the victim and his family. At a time that Myanmar is preparing for what could possibly be the first free multiparty general election in a generation, at a time of high hope and expectation for change, if in this case the army demonstrates that yet again it is beyond scrutiny or criticism for even the most heinous of crime, that it persists with covering up the commission of offences by its personnel even when its own stories do not add up and the evidence points to illegality for which people have a rights to demand justice in civilian court, then the prospects for democratic change in Myanmar will be very dim after all, and the potential for the enjoyment of human rights, greatly diminished.

Therefore, the Asian Human Rights Commission urges that the Government of Myanmar re-examine the process and findings of the court martial of Lance Corporal Kyaw Kyaw Aung and Private Naing Lin Tun, and suspend any further proceedings or actions in the matter of the killing of Ko Par Gyi (a.k.a. Ko Aung Kyaw Naing) until the civilian court’s death inquest is completed and findings delivered. Thereafter, personnel of the Myanmar Police Force’s Criminal Investigation Department should be assigned to conduct a full inquiry and lodge charges in a civilian court against those persons found responsible for the killing, abduction and extrajudicial detention of Ko Par Gyi, as well as his alleged torture. We also call on the Government of Myanmar to recognise its responsibilities consistent with international standards to provide redress to the family of the deceased, including financial compensation and other forms of reparation as necessary, not as a substitute but as a complement to criminal proceedings against the perpetrators of Ko Par Gyi’s killing.