The Asian Human Rights Commission (AHRC) strongly objects to the arrest of Nepali journalist and civil society leader Kanak Mani Dixit on corruption charges. He has been arrested on the orders of the country’s anti-corruption body, the Commission for Investigation of Abuse of Authority (CIAA), on 22 April 2016. 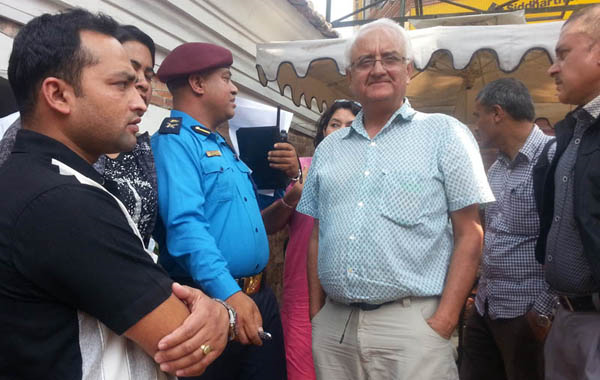 According to the CIAA’s press release following Dixit’s arrest, he was taken into police custody because he failed to cooperate in the investigations into his finances. The CIAA has accused him of using his position as the Chairperson of Public Transportation to illegally amass wealth. However, Dixit is innocent unless proven guilty, and until the investigation is completed, the CIAA must not treat him like a common criminal.

It is not so much the nature of the accusations on Dixit’s financial probity – which includes questions about his assets prior to his appointment as Chairperson of Public Transportation – that raise alarm; it is the manner and timing of this investigation that is worrisome.

His wife, Shanta Dixit, was not allowed to meet Dixit in police custody, and the police even asked her for a marriage certificate. Even Dixit’s lawyers were barred from meeting him, despite a court order permitting them to do so. These are strong indicators of bias, and suggest that the investigation is politically motivated. If true, this is a very dangerous situation in the current context of Nepal.

It appears that the CIAA and the government of Nepal are exercising a personal vendetta against Dixit. This is for Dixit opposing Lokman Singh Karki’s appointment as the CIAA Chief around three years ago and for Dixit raising the subject human rights violations during the conflict. The AHRC also fears that the government is taking a silent but repressive approach to discourage journalists and activists from raising conflict-era human rights violations at a time when the Truth and Reconciliation Commission is receiving complaints from conflict victims.

Earlier, the Prime Minister had summoned the National Human Rights Commission (NHRC) commissioners, including Spokesperson Commissioner Mohna Ansari, in relation to the statement made during the March session of the Universal Periodic Review outcomes. The Prime Minister,lashed out at the NHRC, particularly at Commissioner Ansari, for allegedly blotting the country’s image in an international forum.

The civil society and the human rights community in Nepal have remained dead silent on this subject. It is rather difficult to figure out whether these civil society actors are civil society activists, or mouthpieces of certain political parties who went silent due to pressure from their political masters. Or, they may have become too afraid to speak against the government’s move.

The AHRC is not of the opinion that CIAA should not investigate corruption charges on Kanak Mani Dixit. It must investigate Dixit if there is prime facie evidence of criminality, and he must be prosecuted and punished if he is found guilty following a fair trial. The process must follow due process of law.

However, actions so far strongly indicate the bias of CIAA and the government. If Dixit was not responding to CIAA summons, the police should have taken him into its detention center. But, instead, CIAA used the police, and had him placed in police custody.

No one should be prosecuted for holding an opinion and for exercising his or her right to free expression. AHRC demands that the government of Nepal promptly release Dixit.

« MALDIVES: Executive Summary of CHRI’s fact-finding mission to the Maldives

INDIA:Chief Justice Thakur’s anguished focus is only the tip of the iceberg »