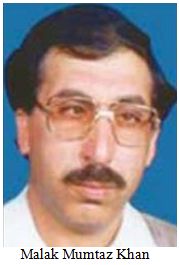 On February 27, Mr. Malak Mumtaz Khan, a renowned journalist of the tribal areas and president of the Miranshah Press Club, was shot dead in North Waziristan. The area of Miranshah is known as a war zone which is under the control of the Taliban and from time to time the military conduct operations against the terrorists. Malak was going home from Miranshah bazaar in his car when men in another vehicle opened fire at him near his Miranshah Kalley village at about 4pm. He suffered bullet wounds to his head and chest and died on the spot. Malak was associated with several print and electronic media organisations, including The News, Jang, Geo TV and AVT Khyber. 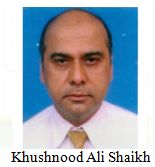 The senior journalist, Mr. Khushnood Ali Shaikh, the chief reporter of the state-controlled Associated Press of Pakistan (APP) wire agency was killed in Karachi, the capital of Sindh province. He was killed in a hit-and-run accident by a car near his house on February 25. It is said that he was asked to pay an amount of Rs. 50,000 in extortion, ostensibly from a political group, for purchasing a new house. He was receiving threatening calls of the abduction and killing of his child if he did not pay the money demanded. He informed his journalist organization, his news agency, the APP, and the police of the threats. But after not getting any relief he shifted to Islamabad, the capital. When he thought the situation had been settled he returned to Karachi but again received threatening calls and it is believed that this resulted in his killing. The Police has appointed a highly designated officer to conduct the enquiry.

During the first two months of this year five journalists have been killed including three journalists in two bomb blasts in Quetta city, the capital of Balochistan province, when the Hazara Shia community was targeted by a sectarian organization.

No one has ever been arrested or even named in these killings with the exception of the case of one US based journalist, Daniel Pearl whose murder was investigated with the assistance of the American authorities. As already stated there have been many judicial commissions on the subject of the killings but they have all failed to identify the killers. In the very famous inquiry by a judge from the Supreme Court into the mysterious killing of Saleem Shahzad of Asia News after one year of deliberations could not identify the killers. This is despite the fact that Saleem himself had complained that he was facing death threats from the intelligence agencies of armed forces. http://www.humanrights.asia/news/forwarded-news/AHRC-FST-006-2012?searchterm=Saleem+Shahzad

The reason for the failure of the judiciary must be the insecurity of the judges which do not wish to associate themselves with any investigation into matters involving the military authorities or the terrorists. As a result they have failed to develop a system of protection under the law. The judiciary is well aware that there is no proper witness protection and terrorists enjoy this lacuna and the incapacity of the judiciary which gives them a good opportunity to pressure the legal proceedings. The case of murder of a journalist, Wali Khan Baber of Geo TV channel, is the best example to be quoted here as all the witnesses were killed. Despite this the judiciary remained silent on the matter.  http://www.humanrights.asia/news/ahrc-news/AHRC-STM-228-2012?searchterm=wali+khan+

The absence of any government policy to protect media workers continues to hamper the ability of journalists to work freely in Pakistan. After every incident of killing the government comes out with tall assurances to the journalist community. The same may be said about the media houses who always try to shift the responsibility onto the authorities but have never made any effort to develop a mechanism through their powerful organizations which always works for their benefit but not of the welfare or protection of journalists supposedly under their care.

The Asian Human Rights Commission (AHRC) urges the government of Pakistan to ensure protection for the journalist’s community. This must necessarily include their families and loved ones. It is the responsibility of the government to rein in the military and the intelligence agencies to ensure that they do not carry out extrajudicial killings of journalists who expose their failings. Their time would be better spent controlling the terrorists that are a threat to the entire country.

Freedom of expression is now so limited in Pakistan due to the various laws, including the blasphemy laws and the Official Secret Act of 1923 which generated intolerance in the society at every level. The only group that benefits from this Act is the terrorists and the state intelligence agencies. Therefore the government must follow Article 19 of the United Nations International Covenant on Civil and Political Rights which has already been ratified by Pakistan. This Article provides space for the freedom of expression and a society based on tolerance.

SRI LANKA: A detainee in the custody of Tangalle Prison was severely beaten by an inebriated prison guard – no medical treatment has been provided »