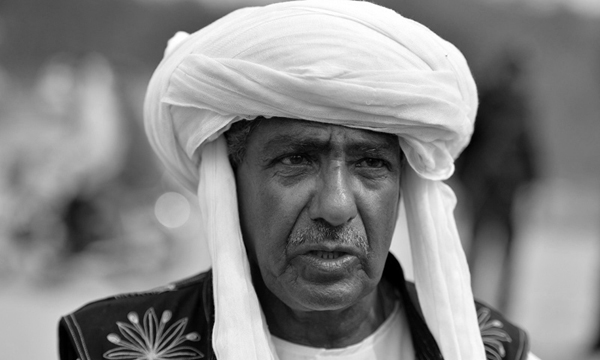 The Asian Human Rights Commission strongly condemns the illegal and unconstitutional action of the government of Pakistan to stop the office bearers of Voice of Baloch Missing Persons (VBMP) including its vice chairperson, Mr. Abdul Qadeer, known as Mama Qadeer, General Secretary, Ms Farzana Majeed and one activist, Ms Faiqa Baloch from proceeding to New York, USA, to attend a conference on human rights violations in Baluchistan and Sindh. The government has put the names of Mama Qadeer and Farzana Majeed abruptly in the Exit Control List (ECL) without mentioning the reasons to bar them from travelling outside the country. However the name of Faiqa Baloch was not included in the ECL but she was also refused by the authorities to depart for USA. All the three Baloch activists have five year’s visa with multiple entrances. The three were taken to a separate room where they were kept for some hours, the two female activists were snubbed and insulted, particularly Ms. Farzana Majeed.

It is appalling that none of the persons has any criminal case against them and they have been clandestinely declared as the “anti state elements” by the authorities at the Karachi Airport. According to daily Tribune Mama Qadeer was detained for more than three hours at the Karachi Jinnah International Airport on account of his “anti state activities”. The names of the human right defenders were surreptitiously placed in the ECL as according to FIA’s Immigrations deputy director, Asim Qaimkhani, he was unaware of the reason why the names of Mamam Qadeer and the other two ladies were placed in the ECL.

Mr. Mama Qadeer’s son, Mr. Jalil Reky was arrested by the persons from state intelligence agency, the ISI, on February 13, 2009 and the then chief minister of Balochistan province told a delegation of the Baloch political party that he was in ISI custody and will be released in some days. But in November 2011 Reky’s bullet riddled body was found dumped on the road side with several torture. Mama’s cousin, Bangulzai is also missing since 2002 and Supreme Court of Pakistan has ordered the arrest of Brigadier of Pakistan Army to be arrested in the case of disappearing Bangulzai but Brigadier is at large.

Ms. Farzana Majeed’s brother Zakir Majeed has been arrested by the agents of ISI on January 2009 and on the orders of the Supreme Court he was released with so many missing, as claimed by the National Crisis Management, on 22 January 2010. But Majeed has never reached to his home and since then his whereabouts are unknown.

Mama Qadeer and Farzana Majeed were told by the agents of Federal Investigation Agency (FIA) that a First Information Report (FIR), a police case of anti state activities has been filed against them also. They also stopped Faiqa Baloch saying that her name is not in the ECL but since she is travelling with Mama and Farzana so she also cannot leave the country.

Barring Baloch activists from going to attend a conference in USA is a gross violation of UN International Covenant on Political and Civil Rights (UN ICCPR) and the Constitution of Pakistan itself.

The Article 12 of ICCPR says;

The government of Paksitan wants to strangle the cause of Balochs who are fighting for their basic rights guaranteed under the constitution. No activist from Baluchistan is allowed to travel abroad to speak against the atrocities of the Government and military. What right does the government have to deny anyone the freedom of speech and movement? It is a senseless proposition propagated by the government that activists like Mama Qadeer and relatives of missing person would engage in anti state activity. Since when has speaking for one’s right from international platform become an anti state activity?

The aggrieved families whose loved ones are taken away forcibly by the intelligence agencies are treated like second class citizen and are denied all basic human rights to add to their trouble. Mama Qadeer and other activist are made to suffer every day for demanding justice the state and military creates hurdle in their paths so that the international community would remain unaware of the plight of Balochs.

It is very shocking that so many terrorists, who have head money, and many corrupt government officials who were sentenced for plundering the government’s funds have been allowed to leave the country besides their names were in exit control list through help of ruling party.

The Asian Human Rights Commission urges the government of Pakistan to immediately withdraw the names of leaders of Voice of Baloch Missing Persons from the Exit Control List and allow them to attend the conference in New York. The government must understand that creating a bar on the right of freedom of movement will further alienate the Balochs who are continuously ignored by the state and their voice is forcefully suppressed. The officials of FIA must be persecuted for stopping the citizens of Balochistan for going to USA for the conference on Balochistan and Sindh.