The Asian Human Rights Commission (AHRC) remembers with deep sorrow the April 25, 2015  two devastating earthquakes that stuck Nepal two years ago today. More than 9000 people were killed, and over half a million houses were destroyed in the aftermath and Nepal experienced frequent aftershocks during last two years affecting a total of 542,593 families in 17 of the country’s 75 districts. 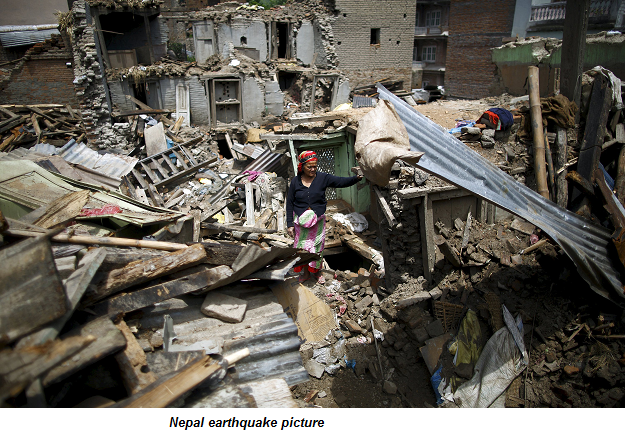 Immediately following the disaster, the National Planning Commission (NPC) with generous support and assistance of national experts and institutions, and development partners worked together and came up with the Post Disaster Needs Assessment (PDNA). The main moto of the government was to ‘Build Back Better’, but two years on and with large numbers of people still suffering in temporary shelters – tattered tents and make-ship huts; it appears that the government has changed the strategy to ‘Build Back Later’.

Donors pledged $4.1 billion, of which only $3.4 billion arrived in Nepal. However, only $276 million has so far reached families because of excessive bureaucracy and a slow and lethargic government processes.

Two years hence, tens of thousands of people – mostly women and children – still live in makeshift shelters. According to the National Reconstruction Authority’s report, the reconstruction of 22,234 houses have been completed over so far. It shows that out of the 626,695 families eligible for grants; only 543,606 have received the first tranche of NPR. 50,000. Among them, only 49,681 have started rebuilding their homes, which means that houses for 554,780 families who lost their houses in the quake have yet to begin construction.

The Maoist-led government is offering each family US$3,000, to be delivered in three installments of $500, $1500, and $1,000. Many families have received the first tranche, but only a few, as little as 3,704 households have received the second tranche due to lack of manpower and effective coordination at the National Reconstruction Authority (NRA) established on 25 December 2015 for leading and managing the earthquake recovery and reconstruction in Nepal.

It comes as no surprise that reconstruction and relief measures have been limited to urban areas, and to those at high receiving ends – elites and those with good political connections.

Those who are poor and marginalized like the Dalit communities are finding it difficult to recover. Many even do not have ownership of land complicating their conditions to claim relief and pledged monetary assistance from the government.

With relatively little aid available and slow recovery, marginalized groups like the Dalits are turning to borrowing monies elsewhere. Dalits are borrowing huge sums to rebuild in the absence of other assistance; however, borrowing is not helping many Dalits to recover, and that there is a real risk for many of being trapped in huge debts.

Many people continue to suffer and are being ‘resilient’ – a worldwide term used to describe the earthquake victims of Nepal. What else can the poor, marginalized and the Dalits put to compromise, other than being resilient?

On the other hand, reconstructing earthquake-resistant houses requires technical guidance and expertise, and accessing government grants involves time-consuming paper work and procedures. Along with that, there is a serious crunch of skilled work force for Nepal’s reconstruction drive.

Two years on, and the earthquake victims are still languishing in tattered and leaking tents. It is shocking to see how little has been given to people in spite of the huge donations received. Slow relief and reconstruction work is not helping victims of natural disaster, compounded by the human-made disaster, which is lethargic government that cannot even take care of their poor and vulnerable citizens. Money is not an issue with $4.1 billion dollars at the government’s disposal. All that is required is that, the sleeping government wakes up and addresses these pressing issues rather than focus only on a constitutional crisis in Nepal.

« CAMBODIA: Prime Minister Hun Sen Was A Successful Wartime Leader But Certainly Not One In Peacetime Cambodia