Home / News / INDIA: Democracy detained even as COVID is on a free run

INDIA: Democracy detained even as COVID is on a free run

Covid has been a tragedy for 7 billion people, for the entire world. Or, perhaps, it has not been for a few. It has rather been a godsend for illiberal governments around the world. A study by Freedom House found, the condition of democracy and human rights has gone worse in 80 countries as the governments used it for-

“engaging in abuses of power, silencing their critics, and weakening or shuttering important institutions, often undermining the very systems of accountability needed to protect public health.”

The government of India under Prime Minister Narendra Modi of the right wing Bhartiya Janata Party has used, manipulated and made the pandemic a vehicle for spreading communal hatred, hounding dissenters, weakening both rights and institutions and escaping accountability among other things. In fact this is not only the case of India, as the second study by Freedom house shows, but many governments with racist or supremacist ideologies, specifically identifying India and Sri Lanka for targeting Muslims as ‘superspreaders’ without any rhyme or reason. 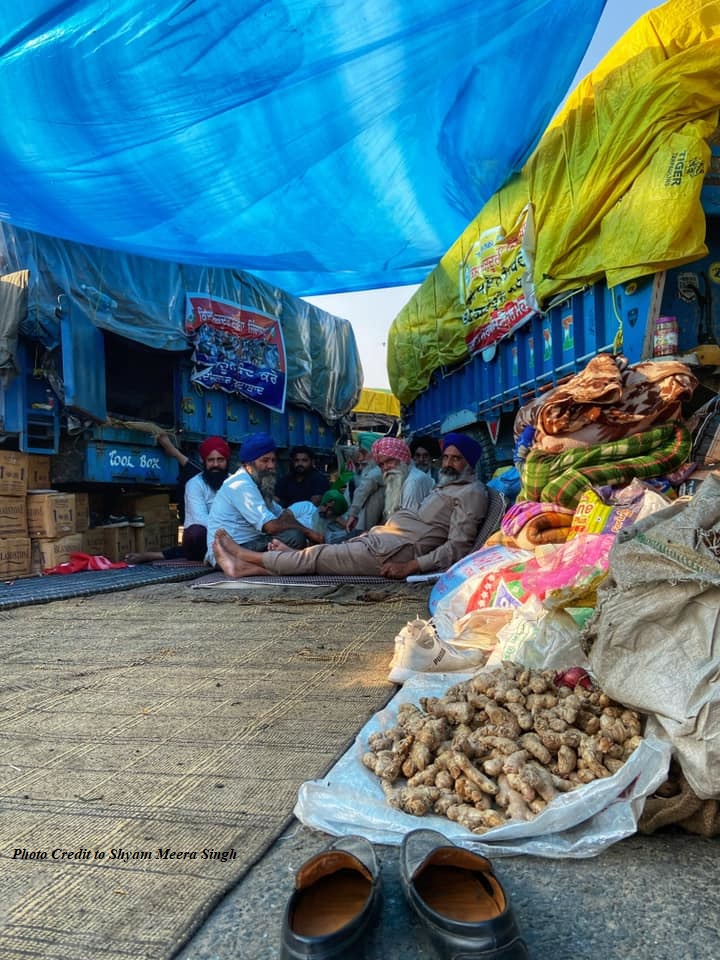 The second study by Freedom House shows and specially identifies as a classic example, though, not only of sectarian targeting of minority communities, but all the other problems noted by the Freedom House. The governments, both Union and provincial, here have indulged in blatant abuse of power using COVID as a weapon, silenced their critics and weakened institutions including justice institutions. Unfortunately, the Supreme Court of India, once a fierce protector of rights often accused of ‘overreach’ by the executive has disappointed hugely, so say the least. The government of India has also abandoned any pretence of accountability especially in a newly minted fund called PM CARES Fund and has put it outside the ambit of any kind of institutional audit.

Unfortunately, India has done it along with earning the dubious distinction of being “a poster child of what not to do” to fight a pandemic by Nobel Laureate economist Joseph Stiglitz. After one of the strictest lockdowns of the world, the country now has the second biggest caseload and reaching a toll of 1,50,000 with no sight of abetment.

The country first totally ignored the pandemic despite growing concerns across the world, warnings from the World Health Organisation and repeated calls of immediate action from opposition parties. Prime Minister of India, Mr. Narendra Modi, in fact even held a huge public even styled “Namaste Trump” (roughly Welcome Trump) with lakhs in attendance in Motera Stadium, Ahmedabad followed by the visit of the entourage to Agra and Delhi with smaller but still huge public gatherings. The Health Ministry of India, in fact, was asserting that COVID was not a ‘health emergency’ for India until as late as March 13 and was allowing even international flights with just symbolic temperature check even from the countries worst affected by then,

All this changed, though, once the enormity of the crisis started becoming evident, the authorities in India started jumping from one event to another, almost all of them unscientific, populist and inefficient. Then it imposed an ill thought lockdown, Stiglitz, was particularly harsh on that. Then it blamed, from the Union Ministers to pro government media- Muslims of the Tablighi Jamaat sect caught in surprise lockdown as being superspreaders and started a witch hunt including arrests of Tablighi Jamaat members including foreign delegates across India, a move now being slammed by several high courts. It is just that all the damage has already been done and a narrative set. The government did this happily ignoring the fact that it had permitted the congregation, had given visas to all the foreign delegates attending it and had not announced any plans of a lockdown.

Minorities are not the only victims of COVID propelled violation of their rights. Millions of migrant workers, mostly working in the informal sector in major Indian cities, fared far worse in fact. They got displaced due to a very strict but absolutely unthought about lockdown. Many of them perished- killed by accidents to starvation to exhaustion, on their way back to villages on foot, makeshift vehicles, three wheelers, trucks, buses and in fact whatever they could get their hands on- 18 of them in the underbelly of concrete mixer with no ventilation in one of the most distressing scenes. All this in the middle of the government telling the Supreme Court of India that no workers were on the road, that they have all been sheltered in government facilities. The Court did not ask a single question over the media reports including video reports that kept coming even months after that absurd lie.

The government did admit in the parliament that many migrant workers perished on the roads, in the Shramik Special Trains it started over a month after ‘everything is shut down after 4 hours’ announcement made at 8 pm in a country where almost 80 percent of the population lives on daily wages. Yet, it shrugged off the deaths with an absolutely insensitive shrug, ‘no data is available’ was its response to a question asked in parliament demanding the number of deaths and job losses among migrant workers.

Almost 9 months after the ill fated lockdown, nothing much has improved for the migrant workers. Many of them had to risk returning to the same pitiable conditions they fled from merely to survive risking their lives, in the process with impossibility of maintaining social distancing in cramped slums they would have to go back to. Those who did not are doing no better, many of them stuck back in villages with no jobs, staring at the brink of starvation. There is not much data on this too, yet, whatever little keeps coming across shows that as many as 94% of the migrant workers might not have gotten even the menial jobs offered to them by the government under measures to fight COVID. Madhya Pradesh High Court recently slammed the state government for this showing strong displeasure and asked the government to put its act together. Reports show that out of 7,40,440 migrant labourers forced back because of the pandemic who registered for employment, only 44,634 of them, only 6%, got it.

The authorities in India used the pandemic also for suspending already existing labour laws as well as bringing in new ones to weaken labour unions and undoing victories won over by centuries of labour rights struggles.

In 3 separate laws, it allowed firms with up to 300 workers (earlier number was a mere 100) firing them without government sanction. It also almost killed the Right to Strike by making a notification months in advance giving enough time to management and others to break it.

Many states like Uttar Pradesh, also ruled by the Prime Minister’s rightwing Bhartiya Janata Party tried to increase the working hours from 8 to 12 citing pandemic and had to rescind the order only after a notice from state’s high court. Similarly, citing COVID19, BJP ruled Gujarat allowed employers to not pay overtime to the workers, until the Supreme Court of India struck down the arbitrary order as an affront to the workers’ right to life.

It then introduced three new, corporations friendly agricultural laws despite massive opposition from the farmers themselves and refused to engage with either political parties or them for months. The farmers, dejected and enraged, finally took to streets and now, as at the time of writing this statement, blocading the national capital.

Important, here, is to note that all this is happening along with earlier abuses of human rights in India like arbitrary detentions of activists, attacks on journalists, evictions of the poor from their habitat and so on. The pandemic has only exacerbated them with added injury of the Supreme Court looking away as emphasized by not only retired judges of Supreme Court of India but also many imminent lawyers including Dushayant Dave, incumbent president of the Supreme Court Bar Council after it listed a plea for bail of Arnab Goswami, a right wing anchor notorious for inciting hate and violence on next day. He slammed the Supreme Court in an open letter saying:

“The serious issue here is selective listing of matters that the registry under your leadership is indulging in for the last eight months during COVID pandemic. While thousands of citizens remain in jails, languishing for long periods while their matters filed before the Supreme Court are not getting listed for weeks and months, it is, to say the least, deeply disturbing as to how and why every time Goswami approaches the Supreme Court, his matter gets listed instantly,”

Mr. Dave’s concerns are very well grounded, more so as the listing of the cases in the Supreme Court with a backlog of over 60,000 cases is supposedly computerised and automated. Yet, it rather strangely enlists most of the pleas of those close to the current dispensation almost instantaneously even as denying hearing to much more important cases.

Just to compare with the next day hearing Mr. Goswami repeatedly got, courts took over a month to provide straw and sipper to internationally reputed Jesuit priest Father Stan Swamy, 83, arrested on allegedly fabricated charges of having Maoist links.

The Economist recently noted the developments, especially the recent failures by both- acts of omission and commission with concern wondering if India is sleepwalking into authoritarians.

The concerns are all too justified, and threatening. The Supreme Court of India has been known in the past to stand up against executive’s abuse of power and violations of human rights of even individuals. It has been dragging its feel now even the constitutional questions and detention, literally, of the whole of erstwhile state of Jammu And Kashmir, now bifurcated into two union territories directly administered by the union government.

One may only hope that the country, especially its judiciary, corrects its course before it is too late. Ongoing protest of the farmers in Delhi and other states gives some hope though. Their resolutely peaceful and democratic protests have forced the government to soften its stand and invite them to talks for several rounds. Though the talks are still into a deadlock, the protests have shown the depth of democracy in India, making one believe that it would remain so.

INDONESIA: Focus Discussion and Sharing with all Commissioners of the Aceh TRC »