Home / News / NEPAL: The Government of Nepal has been using the Covid-19 Pandemic to Exercise Control, to Commit Human Rights Violations and to Deny Justice to Victims of Human Rights Abuses

NEPAL: The Government of Nepal has been using the Covid-19 Pandemic to Exercise Control, to Commit Human Rights Violations and to Deny Justice to Victims of Human Rights Abuses

The Khadga Prasad (K.P.) Sharma Oli led Government has long been criticized for its response to the Covid-19 pandemic in Nepal. Despite the blanket lockdown imposed on the entire country since 24 March 2020 and the end of the lockdown on 21 July, the Covid-19 virus infections and deaths continue to increase across the country. Tens of thousands of migrant workers have returned from India and the Middle Eastern countries after losing their jobs, overwhelming testing and quarantine facilities.

The end of the lockdown was followed by restrictions and prohibitory orders which were issued in some parts of the country to prevent the spread of the Covid-19. People were not able to work due to the restrictions, which were lifted on 11 September 2020. 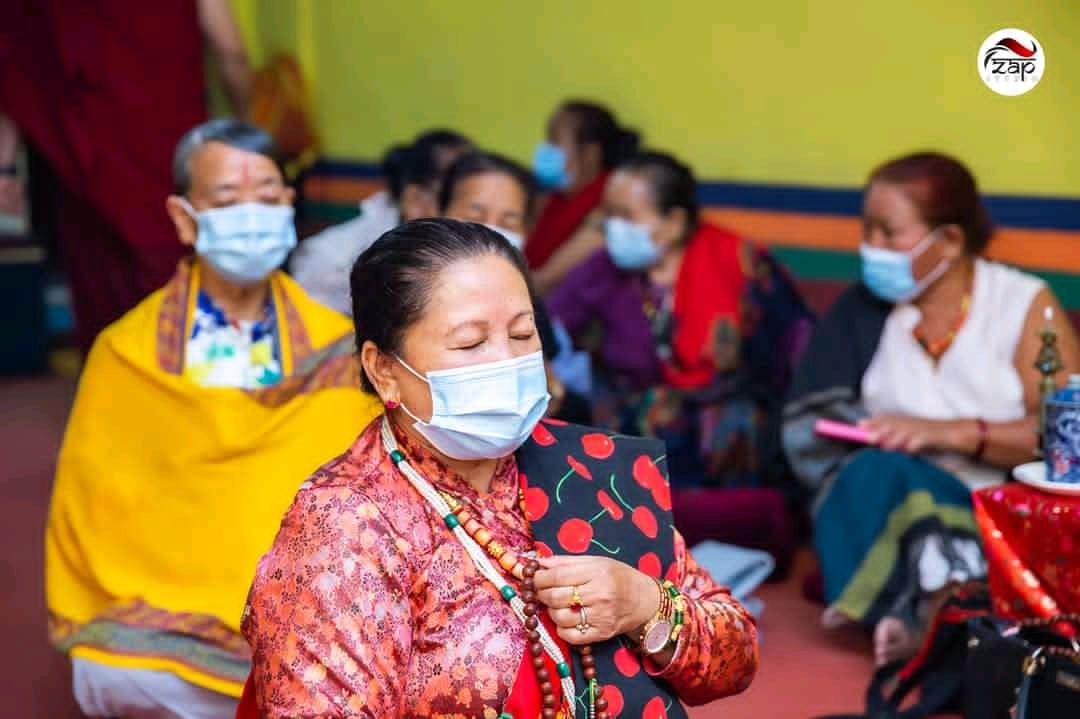 A study conducted by the Nepal Rastra Bank in June 2020 showed that Nepali businesses laid off 22.5% of their workers during lockdown. Most of these layoffs happened in hotels and restaurants followed by agriculture, forestry, fisheries and the wholesale and retail sectors. Another study conducted by the International Labor Organization on the Covid-19 labor market impact in Nepal in May 2020 showed approximately 5.7 million workers in Nepal have informal jobs, and the informal workers lack the basic benefits usually provided by a formal job, including governmental protection coverage. The UN Development Program commissioned a study conducted by the Institute for Integrated Development Studies in May 2020 on “Rapid Assessment of the Social and Economic Impacts of Covid-19 on the vulnerable groups in Nepal”. They found that three in five employees lost their jobs due to the Covid-19 in Nepal.

When the Government was not able to effectively control the spread of the Covid-19 virus, it resorted to using the Police to force people to stay at home. Concerned citizens started protesting against the Government’s treatment of the general population.

The First Phase Hunger Strike commenced on 26 June 2020 and lasted for 12 days until 7 July 2020. It ended with a 12-point agreement signed between the activists and the Government of Nepal. This was after the Prime Minister visited the activists and expressed a commitment to address their demands. The 12-point agreement includes eight (8) areas of commitment. 1. prepare a directive relating to home quarantine within a week (from the date of the agreement); 2. conduct Covid-19 tests of people returning from abroad after the completion of the five-days quarantine period issuing a home quarantine, hotel quarantine or public quarantine to them accordingly; 3. revise the existing directive relating to Polymerase Chain Reaction (PCR) tests; 4. suspend the Rapid Diagnostic Test (RDT); 5. protect frontline workers from all harm; 6. ensure suspected carriers of the virus have access to the rights guaranteed in the Constitution; 7. amend existing directives and protocols relating to quarantine and tests in line with Supreme Court orders; 8. make information public about Government expenses to further depress the Covid-19 pandemic. However, as in the past, the Nepalese Government has failed to implement the promises of action agreed to by the Government.

The Second Phase of the Hunger Strike started on 18 July 2020 as part of the “Enough is Enough” campaign. The independent collective movement initiated and joined by hundreds of Nepali youths around the country demanding broader accountability and transparency to the Government’s response to the COVID-19 pandemic.

The following are facts in two distressing deaths: Malar Sada of the Saptari district died on 19 May 2020 due to starvation and lack of free health services – services he could not afford to pay. Birendra Gurmaita Yadav from the Sahid Municipality died on 27 May 2020. He also succumbed to starvation and lack of access to health facilities. These deaths reflect the basic reality of an inefficient Government.

The Government’s control of free exercise of social media was disturbing. Reports emerged of activists and former bureaucrats targeted in social media posts by Government agencies. This is concrete evidence of a violation of free speech during these months. In 2020, at least eight people who posted opinions online were arrested for “spreading misinformation” or criticizing the Government for its handling of the Covid-19 pandemic.

Not only this, but the Nepalese Police were notorious for using use electric tasers on peaceful protesters during the second week of May 2020 in Kathmandu, Nepal. They protested the annexation of disputed Lipulekh to India. In light of a series of human rights violations committed by the Nepal Police during the lockdown, (the most recent act of using electric shocks to control people and disperse the mob) is a serious breach of human rights. Those protesters were given electric shocks with electric tasers when the Police took control.

The Nepal Police manhandled Dr. Govinda K.C. in his 19th fast-unto-death hunger strike, while taking him out of the ambulance at the National Trauma Centre (NTC). It is unacceptable that an individual fighting for a cause through Satyagraha is ill-treated by poorly behaved State Authorities. Nepal constitutionally guarantees the right of expression and the right to peaceful protest to its citizens. However, it is next to zero when it comes to implementation. The Government merely made a token call to end the hunger strike.

The Nepal Police intervened using excessive force in the peaceful protests organized in favor of the reappointment of the former Director of the Nepal Electricity Authority (NTA), Kul Man Ghising. A group of policemen encircled a protestor, struck the protestor’s head with batons and was seen kicking the protestor. The protester was visibly hurt with visible bruises on his body. Male Police Officers hit women protesters and chased them away. It is a legal requirement that female Police officers should be used while handling women. Non-adherence itself is a violation of female protestors’ rights.

In 2020 there were mounting allegations of extrajudicial executions and deaths in custody resulting from torture. Members of marginalized communities including Dalits are far more likely to be tortured than members of other caste groups.

In July and August 2020, two men died in separate incidents. Independent activists and the National Human Rights Commission (NHRC) called for investigations into allegations that they died of abuse while in the custody of security forces. Raj Kumar Chepang, who was detained by the Army, and Bijay Mahara, who was detained by the Police were members of marginalized communities.

The Attorney General of Province 2 recommended a Police investigation, while the NHRC conducted its own investigation. The Police initially claimed that Bijay Mahara died of kidney failure. With vision a foresight, Mahara recorded a video in the hospital before he died–alleging he had been abused in detention. Three officers were suspended for six months after protests followed in the area. Bijay Mahara’s family says he was in good health at the time of his arrest on 16 August, but Doctors found injuries on his hands and back.

Nepal, being a State party to the Convention against Torture (CAT), and under an international legal obligation, has to refrain from using any form of torture and ill-treatment. Article 22 of the Nepal Constitution guaranteed the Right against Torture as a fundamental right while the National Penal Code, Section 165, has criminalized the act of torture. Nepal has a legally enforceable duty to refrain from using torture plus the duty to investigate, prosecute and punish those responsible involved in such crime. The Police usually state that such departmental actions are not enough to deter the perpetrators. It occurs as they repeatedly use excessive violence with the widespread use of torture and ill-treatment.

The year 2020 was not a different one for Dalits who have suffered for generations. Discrimination against Dalits remains prevalent across the country even in today’s world. The ‘murder’ of Nawaraj BK and his five friends in Rukum West on 23 May 2020 is just the tip of the iceberg. Nawaraj, a 21-year-old man and his friends from the Dalit community traveled some 32 km. from the Jajarkot district, to Western Rukum district, the home of the man’s girlfriend. She belongs to a higher social caste. They intended to escort the young woman back to their home district, reportedly at her request. They were attacked and tragedy followed immediately as Soti’s villagers threw stones and chased the group of 19 young men to the shores of the Bheri River where they were swept away by its waters.

Nawaraj’s case is not an isolated one. In a similar case, disturbing reports emerged about a 12-year-old Dalit girl killed in a separate attack in the village of Devdaha, in the Rupandehi district in southern Nepal. She is said to have been forcibly married to her alleged rapist from a dominant caste. The girl’s body was reportedly found – left hanging from a tree.

In October 2020, the National Human Rights Commission (NHRC) published the names of 286 people, including 98 Police officers, 85 soldiers, and 65 former Maoist insurgents. The NHRC had recommended them for prosecution covering events of the last 20 years. Although the Government of Nepal has sometimes made payments to victims, based on NHRC recommendations, very few of the alleged abusers have been prosecuted.

During the ongoing Covid-19 pandemic, when much of the world is forced to remain inside their homes, the uninterrupted flow of credible information is more essential than ever. But, the Government of Nepal seems to be using this pandemic as an opportunity to curb the civil liberties of people. There is persecution of journalists, civil society activists raising issues of human rights violations during lockdown and corruption related to the purchase of medical equipment. The Nepal Government must take immediate measures to investigate incidents of human rights violations, taking legal measures to provide justice to the victims and ensuring non- repetition of such incidents in the future.