Home / News / THAILAND: Verdict in case of human rights defender is a serious threat to freedom of expression

THAILAND: Verdict in case of human rights defender is a serious threat to freedom of expression 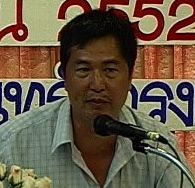 On January 23, 2013, the Criminal Court in Bangkok read the verdict in Black Case No. O.2962/2554, in which Somyot Prueksakasemsuk was charged with two violations of Article 112 of the Criminal Code.  Somyot Prueksakasemsuk is a long-time labour rights activist and human rights defender. Somyot was prosecuted in relation to two articles published in Voice of Taksin magazine, a print publication with which he worked. The Court found Somyot guilty on both charges, and he was sentenced to ten years in prison in this case, as well as to one year in prison in relation to a prior case.

The Asian Human Rights Commission joins Thai and international human rights organizations and others concerned with freedom of expression who have condemned this case as a significant blow to human rights in Thailand. With this verdict, Somyot Prueksakasemsuk joins other human rights defenders, journalists, and individuals who have been found guilty under Article 112, which states that “Whoever defames, insults or threatens the King, Queen, the Heir-apparent or the Regent, shall be punished (with) imprisonment of three to fifteen years.” The particular details of Somyot’s case indicate that the vagueness of Article 112 is being used by the Thai state to constrict freedom of expression, thwart the practice and protection of human rights, and silence dissenting opinions.

Similar to the case of Prachatai webmaster Chiranuch Premchaiporn (See the AHRC’s campaign page here), Somyot Prueksakasemsuk was not prosecuted and found guilty for writing articles deemed to violate Article 112, but rather prosecuted for his proximity to content written by another individual deemed to violate Article 112.  In the case of Chiranuch, who was prosecuted under the 2007 Computer Crimes Act,  the prosecutor argued that as the webmaster, she was responsible for removing comments with allegedly anti-monarchy posted to the Prachatai webboard more quickly than she had.  Under Section 15 of the Computer Crimes Act,  a service provider (in this case, Prachatai) found to be “intentionally supporting or consenting to” the use of the computer for this purpose is equally liable as the person committing the offence, which in the case of Chiranuch was the crime of lese majeste, as stipulated in section 112 of the Criminal Code. In the view of the prosecutor, and that of the judges who found her guilty, it was immaterial that Chiranuch was not the author of the comments in question.

In the case of Somyot Prueksakasemsuk, the prosecution argued that his work in printing, distributing and disseminating two issues of Voice of Taksin magazine which contained content deemed to violate Article 112 was itself an equal violation of the law. As in other lese majeste cases, the Court’s decision turned on the issue of intention. In the abbreviated decision released on January 23, 2013, the Court offered this interpretation of Somyot’s guilt: “The two Khom Khwam Kit articles in Voice of Taksin did not refer to the names of individuals in the content. But were written with an intention to link incidents in the past. When these incidents in the past are linked, it is possible to identify that (the unnamed individual) refers to King Bhumipol Adulyadej. The content of the articles is insulting, defamatory, and threatening to the king. Publishing, distributing, and disseminating the articles is therefore with the intention to insult, defame, and threaten the king” (page 2 of the abbreviated court decision, available in full in Thai on Prachatai here). The implication of the Criminal Court’s argument here is that anyone involved in the editing, publishing, disseminating, or distribution of material that is judged to have the intention to defame, insult, or threaten the monarchy, is criminally liable.

This decision is an ominous warning to anyone involved in publishing, distributing or selling print or other media. The Asian Human Rights Commission is that it will create an atmosphere of fear which will limit the free expression and circulation of ideas, particularly those deemed to be critical or dissident. There is not an official censorship board in Thailand that officially inspects every piece of print material before it is published, but with this case, Article 112 is established as an unofficial censorship measure. What makes this particularly dangerous is that the enforcement and interpretation of Article 112 is both uneven and as indicated by this and other cases, highly political. Writers and publishers will not know that they have crossed the invisible line demarcated by the law until the police knock on their doors to take them away.

After the verdict was read on January 23, 2013, Somyot Prueksakasemsuk’s legal team indicated that they would appeal the decision and applied for bail. During the twenty months which Somyot was held prior to and during his trial, he applied for and was denied bail eleven times. The Asian Human Rights Commission calls for the immediate release of Somyot Prueksakasemsuk and all others imprisoned for crimes of freedom of expression under Article 112 and related laws.

Finally, the verdict against Somyot Prueksakasemsuk is another in a line of convictions which demonstrates the grave danger that Article 112 poses to freedom of expression and human rights broadly in Thailand.  The AHRC calls on the Thai government to repeal Article 112 and release all remaining individuals facing charges or convicted of violating Article 112 and related laws. Until this happens, the AHRC will continue to closely follow all other cases of alleged violations of Article 112 and encourages all others concerned with human rights and justice in Thailand to do so as well.

SRI LANKA: The gang rape near Colombo, peoples’ sovereignty and the absence of protest  »