Home / News / PAKISTAN: Racial profiling of Pakhtuns to be condemned

PAKISTAN: Racial profiling of Pakhtuns to be condemned

Following a suicide attack on Lahore’s Mall Road on February 13, which claimed the lives of at least six police officials, Punjab’s law enforcement agencies launched a province-wide crackdown on the ethnic Pakhtun (Pathans) minority. Administrative officials in some Punjab districts issued informal orders asking the population to keep an eye on suspicious individuals who look like Pashtuns or are from the Federally Administered Tribal Areas, and to report any suspicious activity by them. This racial profiling is condemned by human rights and civil liberties organizations. 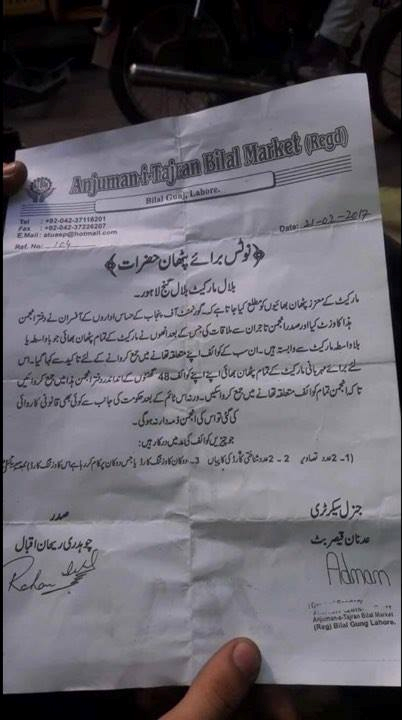 According to media reports, the Punjab police have issued written instructions to its personnel to keep an eye on people with Pashtun/Afghan dresses and food habits as terror suspects. Police officials of Mandi Bahaudin were not shy of widely circulating written instructions for profiling of Pashtuns/Afghans with interesting details in this regard. For instance, it was noted that these suspicious characters could be found working as “tea & dry fruit vendors, and as salesman of children’s toys or household items”. Credible press reports also indicate that the Punjab police is keeping thousands of FATA Pashtuns under surveillance and is considering the issuance of special identification cards equipped with security chips in Rawalpindi, Attock, Chakwal and Jehlum.

A notice dated February 21 from the Bilal Ganj traders union has directed traders belonging to the Pashtun community to submit their documents with their respective police stations.

Announcements have even been made in mosques asking people to stay alert regarding any suspicious activity coming from Pashtun quarters.

Such racial profiling of any particular group based on their ethnicity or race is a blatant infringement of the basic human rights and is a direct violation of Article 25 of the Constitution, and Article 2 of the ICCPR, which prohibits discrimination on the basis of caste, creed, color, religion, sex, language, political or other opinion, national or social origin, property, birth or other status.

The culture of racism prevalent amongst the majority Panjabi population has enabled the powerful dominantly Panjabi establishment to discriminate against ethnic minorities such as the Balochs and Pashtuns. For decades, Pakistan’s powerful military has always had political and economic clout over the Balochi, Pashtuns and other minorities.

While the Pakhtun minority is blamed for militancy, ironically, it is they who bore the brunt of war, be it the Afghan war of the 80s, or when the Taliban regime propped up in the 90s. They were made to suffer again when the US invaded Afghanistan. Pashtuns have been victimized by both the state and the militants; many died due to air and drone strikes, while the survivors were forced to leave their homes when operation Zarb –e- Azab began. 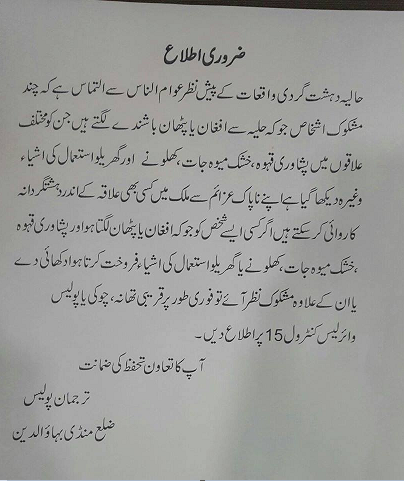 When the Pakistani government rushed to condemn President Trump’s Muslim ban, it missed the irony that just as America’s Muslim racial profiling is wrong, it is as deplorable to label Pashtuns as terrorists. Stereotyping Pashtuns as culprits will hardly resolve the deep rooted problem of militancy and extremism in Pakistan. It seems to escape the government’s notice that Jamat ul Ahrar, which has claimed responsibility of all 20 terrorist attacks in the past two months, are Punjabi Taliban.

The Punjabi Taliban have been the most lethal force that the military in Pakistan has to reckon with. Ignoring the reality will not resolve the matter. Rather, the amplification of hate rhetoric and discriminatory treatment of the Pashtun will further alienate the ethnic group, which in turn will lead to a staggering hike in hate crimes across the society.

Amnesty International’s 2017 human rights report states, “Today’s politics of demonization shamelessly peddles a dangerous idea that some people are less human than others, stripping away the humanity of entire groups of people. This threatens to unleash the darkest aspects of human nature.”

The Asian Human Rights Commission (AHRC) condemns Pakistan’s discrimination and profiling of the Pashtun community in the strongest terms and calls upon the government of Pakistan to halt the practice immediately. The AHRC also urges the authorities to exercise restraint in dealing with the Pashtun, who are an economically and socially vulnerable ethnic group. It is incumbent upon the state to protect their rights and ensure non-discrimination of the group. While displacement and eviction makes it impossible for the Pashtun to assimilate as citizens of Pakistan, state discriminatory also threaten national integrity and unity and can seriously jeopardize the fight against militancy.

The ethnic ‘identity markers’ can further alienate the Pakhtun population that has been fighting against injustice and prejudice meted out to them by the majority population. While the peaceful Pashtuns are discriminated against and are deemed terror suspects, the Afghan Taliban along with several other proscribed organizations feel quite safe. The policy of hatred will have to change if the state is serious in its resolve to root out militancy once and for all.