Home / News / THAILAND: The Failure of Justice for Somchai Neelaphaijit

THAILAND: The Failure of Justice for Somchai Neelaphaijit 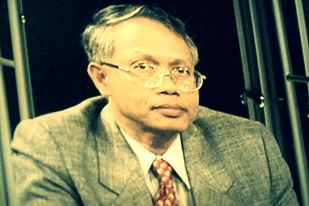 In late December, just days after the Department of Special Investigation (DSI) claimed that the file for the case of the disappearance of Somchai Neelaphaijit had been lost, Niran Adulayasak, Director of the DSI Special Criminal Case Office 1 announced in a news report on Thai PBS that the file had been found (see AHRC-STM-242-2013 for analysis of the alleged loss of the file, and click here to watch the news report). Niran claimed that the file went missing following the occupation of the DSI office at the Government Complex in Chaeng Watthana by the demonstrators affiliated with the People’s Democratic Reform Council (PDRC). After criticism by the AHRC, Human Rights Watch, and other human rights advocates, the film reappeared, with the explanation that it had been found in a cranny of a steel cabinet. In the same news report announcing the reappearance of the file, Niran announced that he planned to consult the prosecutor of special litigation to terminate investigation into the case of disappeared human rights lawyer Somchai Neelaphaijit in January 2014.

The Asian Human Rights Commission is concerned that a decision to end the investigation will result not in simply another deferral of justice in this case, but will make it impossible. In the nearly ten years since Somchai was assaulted and abducted from his car on 12 March 2004, none of the perpetrators have been held to account. The DSI has often seemed to actively obstruct the struggle for justice in this case. This has included the mishandling of evidence, a lack of interest in pursuing the investigation, and the failure to provide proper witness protection to Angkhana Neelaphaijit, Somchai’s wife.

Over two years ago, on 9 January 2012, the Thai Government signed the UN International Convention for the Protection of All Persons from Enforced Disappearance. To date, the convention has not been ratified nor has domestic law making disappearance a distinct crime moved forward in Thailand. The lack of a formal legal and investigatory framework accounting for disappearance in Thailand is part of what makes it possible for the DSI to arbitrarily announce that they plan to halt the investigation into the disappearance of Somchai Neelaphaijit.

The AHRC concludes by sharing part of a recent article published in the Bangkok Post by Angkhana Neelaphaijit, Somchai’s widow and the chairperson of the Justice for Peace Foundation. In the article, Angkhana spoke of her husband’s struggle and death, Angkhana and her children discussed her husband’s life, ideas, and the years since his disappearance. She wrote: “Over the past 10 years, I have tried hard to reach for justice. But it is getting even harder given the situation. I have been through many things in my life, sorrow, disappointment and hardship, but nothing has warranted such extensive use of knowledge, patience and tolerance like this time. In many instances, my petitions for help have been turned down by the powers-that-be. It looms as an insurmountable obstacle for an ordinary person like me to reach out for justice and the rule of law in Thailand. No one knows how painful and traumatic the experience can be to bear witness to the fact that a person who had done so much for so many people cannot even be bestowed with a graveyard where his descendants could hold a service in memory of him.”

The Asian Human Rights Commission calls on the Department of Special Investigation to keep the investigation into the disappearance of Somchai Neelaphaijit open until the truth has been firmly and publicly established. Without truth, accountability is impossible. Angkhana Neelaphaijit and her children will not be able to buy their husband and father, and justice risks being permanently deferred in Thailand.

PAKISTAN: The AHRC salutes a 16 year old boy who sacrificed life to save 2000 students »