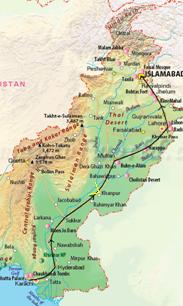 The second phase of the Long March for the recovery of hundreds of disappeared persons after their arrest by the security forces has now covered 600 kilometers on its way to Islamabad, the final destiny. The second phase started on December 14, from Karachi Press Club after completion of the first phase of 730 kilometers from Quetta, capital of Balochistan province, and token hunger strike at Karachi. The Voice of Baloch Missing Persons (VBMP) has organized the 20 members of the Long March which consists of women, children and men and has mobilized thousands of people to join their march. Mr. Mama Qadeer (70) is leading the Long March which has now reached the city of Gambat, Khairpur district.

The March is passing through the Sindh province where thousands of people from cities and villages have joined the marchers in solidarity for the recovery of missing persons. The nationalist groups are organizing rallies and protests in support of the long march and are demanding the recovery of missing persons from Sindh since 2001. After Balochistan, Sindh is the worst affected by enforced disappearances. The protesters are chanting slogans such as: “Sindhi Balochi Bhai Bhai—Pakistan ki museebat aayee” (Sindhis and Balochis are brothers — Pakistan will face a terrible future).

The Sindh government has suddenly withdrawn the police and Rangers, who were deputed to provide security, after the Long March covered only 80 kilometers at Thatta city. Instead, the Sindh groups are providing security to them but the vehicles from the intelligence agencies are following them, and intimidating them to wind up their protest.

Mama Qadeer and the other participants of the Long March are receiving threatening calls from the intelligence agencies and the authorities of the Punjab government through SMS and telephone calls warning them not to enter Punjab province as they will face severe consequences including brutal police action. However, the participants are determined to continue their protest march come what come.

The participants are suffering from the blisters and wounds they received during the first part of their march which have not had sufficient time to heal. Their supporters along the route are providing as much assistance as possible to relieve their injuries.

The Asian Human Rights Commission appeals to the civil society groups to turn out in large numbers to receive the marchers at Kashmore, the border of Sindh and Punjab in order to show their support for the marchers. This significant show of support will thwart the evil designs of the Punjab government to hamper the marchers and weaken their fierce resolve to protest for the success of their mission for the recovery of their loved ones and the ceasing of extrajudicial killings.

« INDIA: Press Statement on the communal violence in Muzaffarnagar district in UP