BANGLADESH: Crackdown on opposition prior to elections deteriorates the Human Rights situation 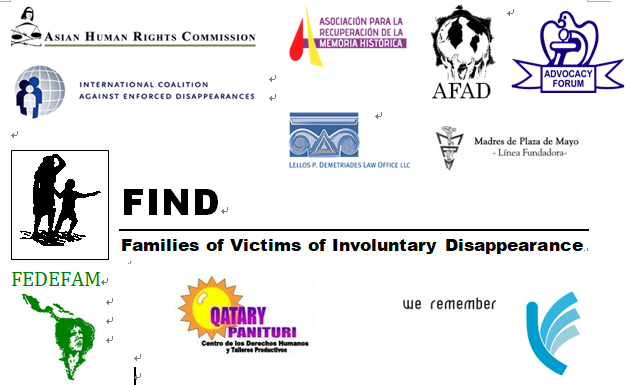 (28 March 2018): Bangladesh’s incumbent Government has escalated cracking down on the country’s opposition prior to the general elections expected to take place by December 2018. The country’s Law-Enforcement Agencies regularly demonstrate violent attitudes towards the dissents while the poor situation of Human Rights is highly alarming.

Documentation on gross violations shows a graphic picture of Human Rights under today’s Government. Arbitrary deprivation of life has already been a great threat to all citizens’ right-to-life. The Law-Enforcement Agencies have allegedly been involved with impunity in 422 enforced disappearances from January 2009 to February 2018. Prime Minister Sheikh Hasina, in a recent parliamentary speech, defended and justified the disappearances with the claim that huge numbers of people also disappear in the UK and USA. Bangladesh’s Home Minister once again attempted to justify enforced disappearances by claiming that disappearances have been taking place for decades in the country as well as in the region. However, facts show that enforced disappearances by law-enforcement agencies do not happen in those countries referred to by the Premier. Disappearances did not take place in Bangladesh for decades except in the post-independence period and one in June 1996.

The continuation of extra-judicial executions under Sheikh Hasina’s government has taken 1480 lives by law-enforcement agencies since she assumed in office in January 2009. Systematic custodial torture has taken another 120 lives while kneecappings in Police custody has made dozens of victims permanently immobile.

The use of brute force has being intensified since the verdict against former Prime Minister Khaleda Zia in an alleged corruption case was scheduled and subsequent jailing her with five years imprisonment. Law-Enforcement personnel, in uniform or in plain clothes, are arbitrarily detaining en masse the activists of the opposition political party. Over 5,000 activists of the opposition parties have been arbitrarily arrested, detained, and tortured since 30 January 2018! And all the recent mass arrests have been carried out at peaceful protests. The fates of the detainees are still uncertain, as the Police are refusing to reveal the whereabouts of the detainees to their relatives. Victims’ families allege that their loved-ones might be held incommunicado in secret detention centres. They are being systematically tortured or designated to be disappeared, as happened in late 2013 prior to the 2014 January 5th sham elections.

A dangerous trend has been observed. State actors, such as ruling party activists, are seen assisting Law-Enforcement Agencies, as vigilantes, by using force against opposition activists. A student leader of the opposition camp named Zakir Hossain had been tortured to death on 12 March after three-days in Police remand. There were bruises all over his body with the nails of his fingers and toes having been removed.

The latest crackdowns on dissidents are added to the Government’s consistent denial of their rights to freedom of peaceful assembly and association. In recenttimes, the Prime Minister and other high profile ruling politicians have been making hate-speech in public against their political counterparts. Most of the media outlets- both electronic and print-are owned or controlled by pro-Government businessmen and journalists. The government arbitrarily detained the Chairman of Ekusyey Television -ETV, Mr. Abdus Salam, in January 2015 for broadcasting the speech of exiled opposition leader. Two more journalists – Mahathir Faruki Khan and Kanak Sarwar – along with the Chairman of ETV have been facing trial on trumped up sedition charges since the detention. The government allegedly facilitated snatching the ownership of the ETV from detained chairman to a pro-government businessman. This is just one example, which indicates that the right to freedom of expression faces constant governmental scrutiny, surveillance, threats, control, and reprisals.

The consistent record of impunity for nine years, for gross human rights violations under the incumbent Government, confirms the fact that: there is no room for judicial remedy accessible or affordable for the victims. The removal of Chief Justice Surendra Kumar Sinha is a case in point. Forcing him into exile, for passing a verdict against the Government’s preferred Constitutional 16th Amendment, is an illustrative example of the disturbing situation of judicial independence in Bangladesh.

Credible human rights documentations confirm these facts. The Government had engaged Law-Enforcement Agencies to ‘disappear’ opposition activists and implement extra-judicial executions on a large scale. All this was carried out in the lead-up to the general elections of 5 January 2014. Despite boycotts by all opposition parties, the ruling party and its allies took 153 seats, unopposed, out of a total of 300 constituencies–before even a single vote was cast…

The attitudes of the Government and the Law-Enforcement Agencies suggest that the incumbent Government is moving towards a similar or even harsher crackdown–against whomever the Regime fears. While the government of Bangladesh claims the country’s GDP stands at over 7 percent, the Bangladeshis were the highest number to take refuge in Europe in 2017 in leaving the war-affected countries. No other country having over a 7 percent GDP growth index produced a similar refugee influx in the world.

Through all the catastrophic Human Rights realities of Bangladesh, the International Community maintains an unwarranted silence. The Government is exploiting the international community’s attention on the Rohingya refugees. Bangladesh is using the Rohingya humanitarian crisis as a strong shield to hide its own domestic Human Rights violations. There is an urgent need to create an atmosphere that ensures credible, inclusive elections under a trustworthy government with fair Institutional capacities. The International Community must prioritise human rights situations in relation to credible electoral democracy instead of business, trade, investment, and geopolitical affairs.